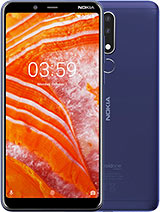 I was fine with this phone for about a year, until it got glitchy enough that it refused to hold a charge. It lagged so often that it wouldn't pick up button and screen presses, and it got to the point in lack of charge that I would have to shut the phone down the entire way before it even TRIED charging. It fast charges for a bit before eventually being unable to hold any charge whatsoever. Battery Saver was not something I could turn on regularly, even after requesting assistance as to why I wasn't freely allowed to turn on Battery Saver (I could only ever set the phone to START the Battery Saver at 15% or higher, which seemed useless saying I was unable to freely turn the saver on and off, but rather had to set it at a point and then re-enter settings if I wanted the starting point changed).

I used the same charger and cord that came with the phone, kept it off the ground and away from any sharp object (the seal around the inner cords has never been broken; it STILL remains intact as I write this). I've Soft Reset it multiple times, and at one point did a Hard Reset to just try and start from square one - news flash is that it didn't work. I hate seeing phones mistreated, so I've always kept it away from too cold areas, too hot areas, and I don't run it at night for soft sounds. It only sits on its charger for as long as it needs to be - once it reached 100% it comes off the charger gently. There's never been a toll on the phone's inner or outer demeanor, and yet it can't function properly AT ALL.

For the sake of your own money, save your earnings and buy something else. As nice as some of these reviews are, Nokia seems to be more of a gamble at if your phone will be one of the best on the market, or if it'll flop and fail. It's a test-run that you pay for. It's the first time I've ever used Nokia, and will be the last. I'll be switching back to Samsung as soon as I can afford a new phone, because I just can't handle trying to keep up with a digital world when MY OWN digital device can't even keep up with itself.

Low memory is a big issue. Its so frustrating to use

I bought this phone in May 2019. So far it has served me well. The battery is almost as good as on the first day. I like everything about it except one thing. The aluminum body. I think it's due to that that my phone has been slightly bent. It works just as well, but it's an annoyance that this has happened. I think if the body was only plastic, this would not have transpired.

Broda007, 13 Feb 2021Please, how do i solve the ghost touch problem on my Nokia ... morereplace the screen guard

How do I upgrade my 2gram to 3gram

OK, 09 Mar 2020Nokia 3.1 Plus is low on internal memory. Worse still, it d... moreAll you need is to install your file app on your phone. You should then be constantly deleting junk storage in your app's cache as this would conserve storage space. For pictures, you need to edit them manually for best results as it is a stock android phone and shouldn't expect things to be done automatically like customised android phones.

Please, how do i solve the ghost touch problem on my Nokia 3.1 plus?. Anybody with a solution?.

Anonymous, 29 Jul 2020Been using this Amazing ❣️ Phone since AUGUST 21 last year.... moreGo to your phone's settings to customise your WhatsApp settings.Go to Apps and notifications. Then app info assumed activate your notifications.

Ahmad, 27 Jul 2020Nokia 3.1 plus Big problem is not show whatsapp notificatio... moreYou have to customise your WhatsApp notification in your phone's settings. Remember you are using stock android. Most things are being done manually on this phones in contrast to customized user interfaces from other phone manufacturers like Samsung.

Your response was right. For best best pictures on stock android phones like the Nokia android one phones, this have to edit the pictures. You can even use the SNAPSEED app as this is what i use and it's my best mobile pics editor.

TomasNagib, 14 Dec 2020Finally after 6 months, the update fiasco came to an end. I... moreIt is supposed to be having a certain ligth notification on the top of the screen

Finally after 6 months, the update fiasco came to an end. I received new OS build and October Security patch. Every thing seems OK so far.

Buck, 14 Jun 2020This is not a bad phone but it has some limitations. I had... moreExactly my challenge bro. So what is the way forward?

For 120-140 Euros it's a perfect phone. Have it for a year (the 32gb 3gb ram version), no hang ups or issues, Whatsapp doesn't support android 10. Can run some games, movies, other apps , calls are fine. Love the battery life and sturdy aluminum frame and back. It does need few restarts after updates but that goes for other phones and computers. For it's price 9.5/10 phone.

Do a factory reset after any major upgrade

Since I updated my Nokia 3.1 plus is giving me problems with storage

Mij, 29 Aug 2020People please avoid this phone. I used Nokia phones in the ... moreI have the same problem and I'm catching hell to get a new one this phone is totally freezing up every moment I have to cut it off to continue anything games, movies, YouTube ,Facebook etc