Nokia 3 starts getting a new update

HMD Global has begun rolling out a new update to the Nokia 3 smartphone. Weighing in at around 345MB, it's mainly a security update that brings along Android fixes for the month of December. This makes the Nokia 3 the first Nokia-branded HMD smartphone to get the December patch. 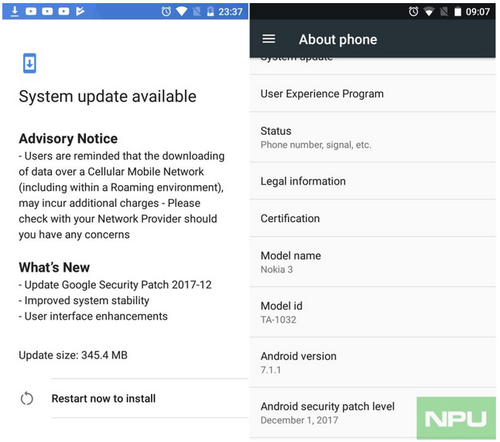 The low-end phone currently runs Android 7.1.1. Although the company had initially said it'd get the Android 7.1.2 update, it was recently confirmed the device will directly jump to Oreo, something which should happen this month.

Its not coming to Nokia 3 in Iran yet