And they’re back! Nokia phones are going global after the initial trial run of the Nokia 6 in China. Also announced today are the Nokia 5 and Nokia 3, both finely-crafted phones running pure Android. All three will come out in Q2 in single and dual-SIM forms.

There’s almost nothing new here other than the price - the Nokia 6 will cost €230 and will launch in Q2 this year. In fact, all three phones will come out in Q2. 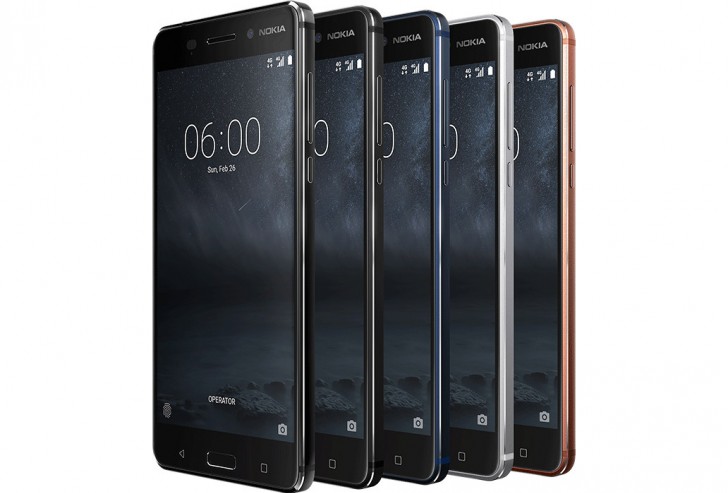 But there was a surprise - the special edition Nokia 6 Arte Black (remember the Artes?). It’s distinguished by a piano black finish and extra memory.

And when we say “extra memory” we mean as much as you would expect - 4GB RAM and 64GB storage, same as the Chinese model. The non-Arte models drop down to 3GB and 32GB, something to keep in mind when choosing a color. Anyway, the Nokia 6 Arte Black will retail for €300.

A bit lower on the size and price chart is the Nokia 5, which will launch at €190. Cast in a seamless aluminum unibody, this handset opts for a 5.2” HD screen. It promises great visibility with 500nits of brightness and Nokia’s trademark polarizer that cuts down reflections. 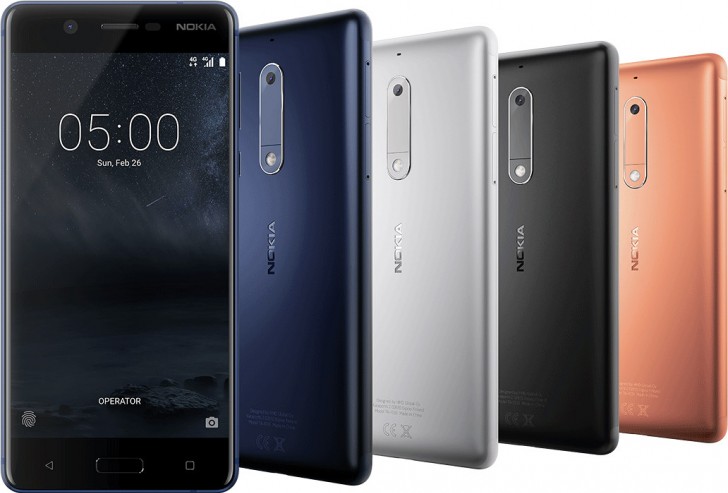 The 5 is powered by the same Snapdragon 430 chipset as the 6, but with less RAM and storage - 2GB and 16GB respectively. You may be pleased to hear that it runs pure Android 7.1 Nougat and Nokia made a strong commitment to keep the software up to date. There are few phones in this price range that can offer that (aside from a few middling Android Ones).

The camera department packs a 13MP main camera (f/2.0 lens, 1.12µm pixels) with Phase detection autofocus and a dual-tone flash. On the front is the 8MP 84° selfie camera from the Nokia 6 (with an f/2.0 lens and 1.12µpixels). A Google VP came on stage to say all the Android Nokias will get free Google Drive storage to keep their photos. 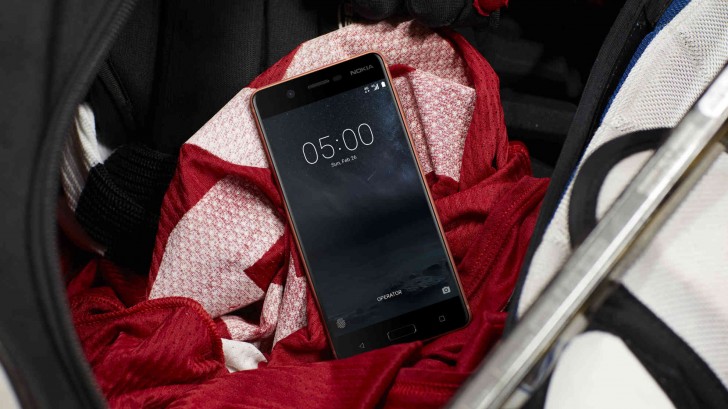 While the Nokia 3 drops down to a €140 price point, it has a body reminiscent of high-end Lumias in their heyday - an aluminum frame filled in with soft, sculpted polycarbonate and topped with Gorilla Glass. 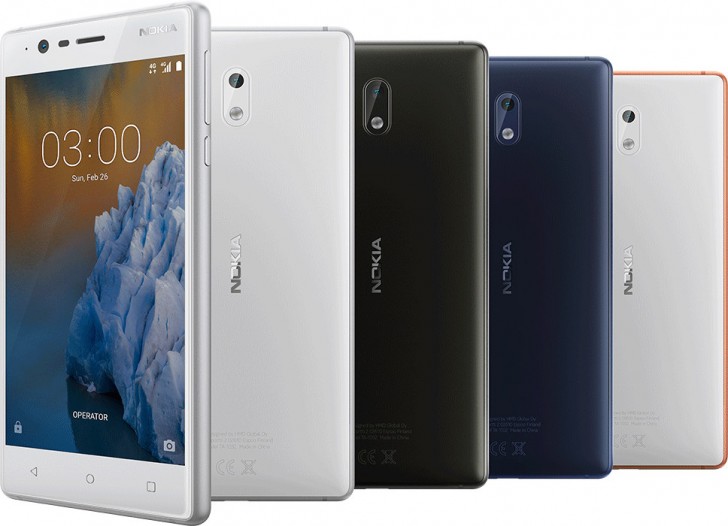 That glass guards a 5” HD display with its own polarizing filter and a promise of 450nits of brightness. Again you’ll get to enjoy Android 7.1 Nougat on that screen, unspoiled with customizations. The model 3 does take a hit in processing power - at its heart is a MediaTek chipset with a quad-core processor. You get the same amount of RAM and storage as the model 5, though - 2GB and 16GB respectively. 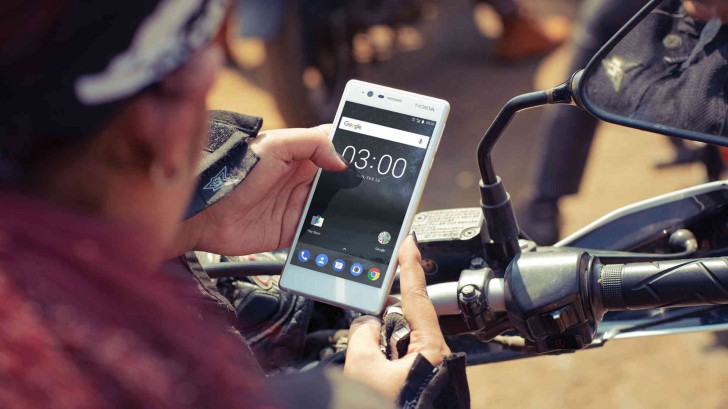 The Nokia 3 uses the same 8MP selfie camera as the other two, but its main camera is another 8MP shooter (with f/2.0 aperture and 1.12µm pixels again). It has a single LED flash and you can offload photos to Google Drive.

The phone is powered by a 2,650mAh battery and the same three color options. As a reminder, all three Nokias will launch globally in Q2.

Watch Nokia's return to the MWC, starring the new 3310 and Android phones

What happened to the return of the "N" series ???

LOL, the owner of the production plant is my dad's friend, u DARE to tell him that he's a "security guard"? U are REALLY DUMB, I see. J1, J2 are low-end phone, ofc Samsung will only equipped it with small display, the same thing that the my dad...

Maybe you had talk to security guard of that manufacturer. J1, j2, z or x compact, i6s, i7 or even ise still there. There are still people want a small screen but not all. My sudgestion was to produce small handy smartphone screen if they could...