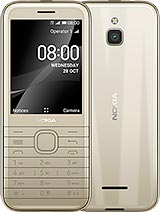 Pankaj, 13 Nov 2020I want symbian mobiles instead of this... e63 or n70Symbian lol .. rip for good reason. It was nightmare using device with it

Any idea if these phones will come with VoWifi (wifi calling) feature?

Waqas, 13 Nov 2020Yes,we all need symbianOS..... symbianOS is my dream....I l... moreBro I agree with you, me also love symbian mobiles and wanna goes to my first loves mobiles.

Old school, 13 Nov 2020HMD better come back to MeeGo instead of running around Kai... moreHMD Global is not a developer or engineer! It is a big marketing company which interested only in earning money.
Nokia was about technicians, engineers, innovations, research. HMD Global has nothing about that. They just request a separate company to create a pink phone with vga camera, that will be looking like something and cost 80 euros. That all. ((

Waiting for this Hot cake in India. Simple and Best for non addicted phone users.

Looks good and hope this quad core will be more responsive. IP RATING IS A MUST THOUGH!
Hope they made KayOS better. I actually smashed my 8110 4G dual core because it is garbage and OS was so SLOW and lame.

Waqas, 13 Nov 2020Yes,we all need symbianOS..... symbianOS is my dream....I l... moreYES! Symbian was AWESOME! So smooth. So ergonomic.
KayOS is weak. I actually smashed my 8110 4G dual core because it is garbage.
Maybe this quad core will be more responsive + OS updates.

AnonD-804996, 12 Nov 2020Why would a phone need 4G and quad core on such microscopic... moreActually not. I've got a 8110 4G and some videos stuck while playing. Even I can't definitely say if it needs more processing power as os needs to be developed so much. Then sometimes cpu might be enough. But I don't know for sure..

HMD better come back to MeeGo instead of running around KaiOS phones. Nokia was going the right way before Trojan horse with its Burning platform came there. We hope it's not too late to restart with the amazing project of MeeGo on Linux (like Android) buried by Elop.

lets fking go this is gonna be my new phone

Why would a phone need 4G and quad core on such microscopic resolution display? This thing could run with a single core CPU at 500MHz... And last 2 weeks. But with this, it'll probably last for 3-4 days...

Nokia better come back to its own way instead of playing around nostalgia. The real Nokia phones came with innovations unlike todays renovations.