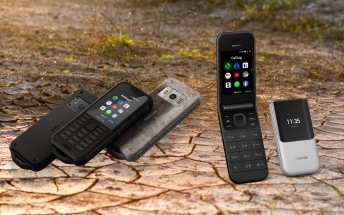 Nokias of old had the ambition to connect a billion people to the Internet. HMD is carrying on this mantra with the help of KaiOS, which has similar goals. This is where these two new models come in  HMD is unveiling two Kai-powered, 4G-connected phones. One is rugged, the other is a flip phone.

This is billed as a spiritual successor to the Nokia 3310, which legends say is indestructible. Well, this one actually might be  the Nokia 800 Tough has an IP68 rating and is MIL-STD-810G certified.

It can last under 1.5m of water for half an hour and its dust proof. It can survive temperature swings and drops. Dropping the phone is unlikely, however, as it features anti-slip coating and rubberized edges. Theres also a lanyard eyelet if you want to fasten it tightly.

The Nokia 800 Tough has a 2,100mAh battery, which promises over a month of standby and up to 12 hours of talk time. With a loudspeaker rated at 103 phons you wont be missing any phone calls. Also, you can use the phone as a flashlight thanks to the LED torch (198 lumens). 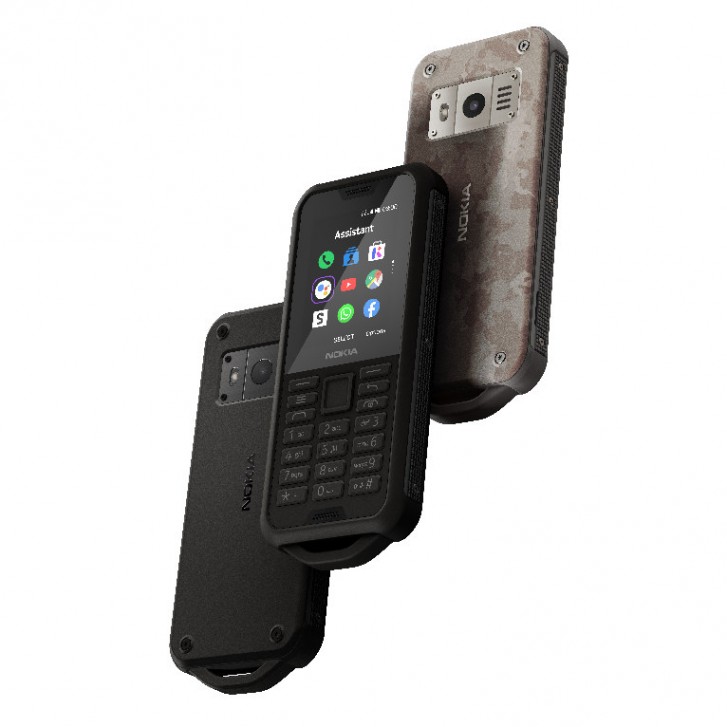 And as you venture out further from civilization, you can track your progress on Google Maps with the integrated GPS+GLONASS receiver. There are more smart features courtesy of KaiOS, including WhatsApp and Facebook. Theres Google Assistant too, which can be summoned with the push of a button.

The phone comes in single and dual-SIM versions and supports 4K connectivity with VoLTE and VoWiFi. It also supports Wi-Fi b/g/n and Bluetooth 4.1. Theres 4GB of built in storage and a microSD slot if you want to pack some MP3s for your travels.

The Nokia 800 Tough will be available in early October at 110. You can have it in Black Steel or Desert Sand.

Flip phones have the perfect form factor for telephony. Open them to answer a call, close them to end it  you can even slam it shut. Also, when its open, the form of the phone conforms to your face.

The Nokia 2720 Flip brings back those old comforts but combines them with new tricks. Its a KaiOS phone with a 2.8 internal screen (QVGA) and 1.3 external display for checking notifications.

Youll be getting messages on WhatsApp and Facebook and you can type up replies the T9 way using the large keys of the keypad. Google Maps is on board as well (with a GPS+GLONASS receiver) and you can grab more apps from the Kai app store. 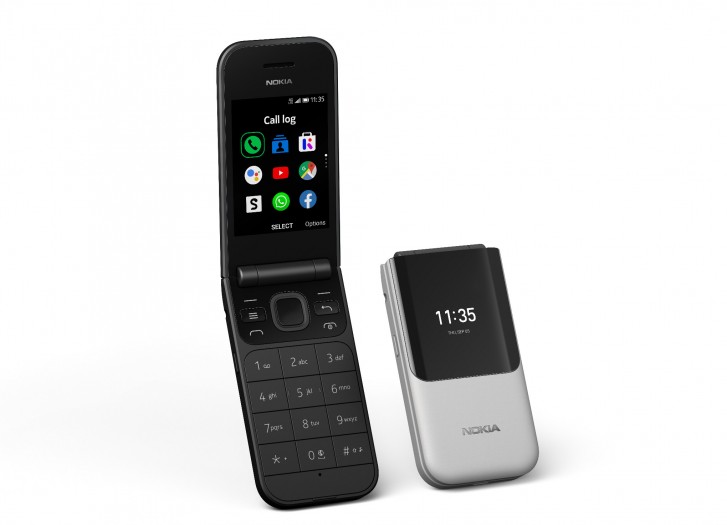 The Nokia 2720 Flip features LTE connectivity (150/50Mbps) and can create a Wi-Fi hotspot or connect to existing Wi-Fi networks (with b/g/n support). There are single and dual SIM versions of the phone.

Like its Tough sibling, the Flip features a basic 2MP camera with flash. It has 4GB of storage and you can have more with a microSD card. Theres a 3.5mm headphone jack or you can use Bluetooth 4 with A2DP.

The Nokia 2720 Flip will be available in September for 90 in Black and Grey.

The Nokia 110 is a basic feature phone  the cheapest phone with a camera. At just $20, it will be available in mid-September and will be like a big sister to the Nokia 105. It can play music from a 32GB microSD card for up to 27 hours or you can listen to FM radio. Snake provides alternative entertainment (theres Doodle Jump too, but that's just a trial version).

Those two phones are expensive considering its featured phones including kaios. 100 euro. If KaiOS wants to make a difference 100 euro mark is a no go. For 100 euro u are already buying Android doesnt matter if its one or a regular version. But even ...

Tough looks great actually except for that protrusion at the bottom for lanyard. Spoils it a lot. You can do lanyard without including that piece

May I ask if the 800 tough has 1000 phonebook names and multiple entry?