Unlike the original 8800 Sirocco which could be had in either black, silver or gold, this new one only comes in black. We've been known for drooling over all sorts of Moroccan blue, Twilight, Flame Red, and whatnot fancy-colored phones, but the Sirocco? The Sirocco's meant to be in black. There's a certain timeless elegance to it. Which is somewhat spoiled by the amount of text on the bottom - the Android One logo we get, but seriously, why does it have to say 'Made in China' in three different languages? Nothing that a tighter framing can't fix. 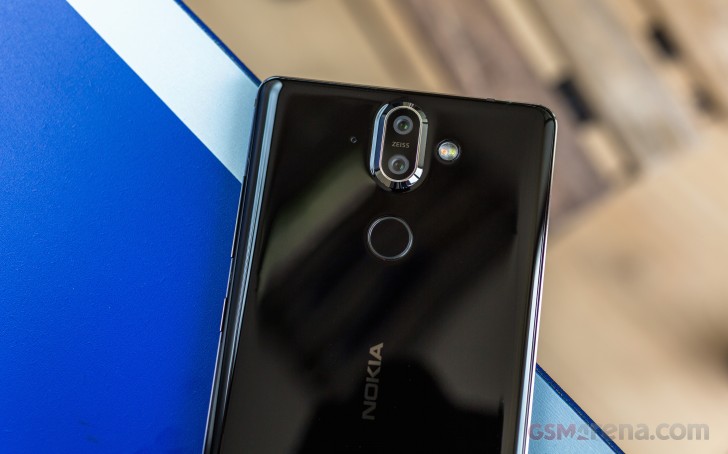 The black slab of Gorilla Glass has a cutout up top for the camera, a dual module setup with a Zeiss badge in between the two lenses - a bit more discreet than the Leica on them Huaweis. The camera bump is noticeably smaller than what Nokia's been doing on its other models and is placed all the way next to the edge - you could say they were going for a more 8800 look. One of three mics the Sirocco has is to the left of the camera, the dual LED flash on the opposite side. A circular fingerprint sensor completes the list of things you'd find on the back. The glass back curves towards the edges, where it meets a stainless steel frame. Most of it is painted black too, except for the chamfers that are left bare. The frame is nicely thin on the sides of the phone which makes the Sirocco feel even slimmer in the hand than the already minimal 7.5mm suggest. 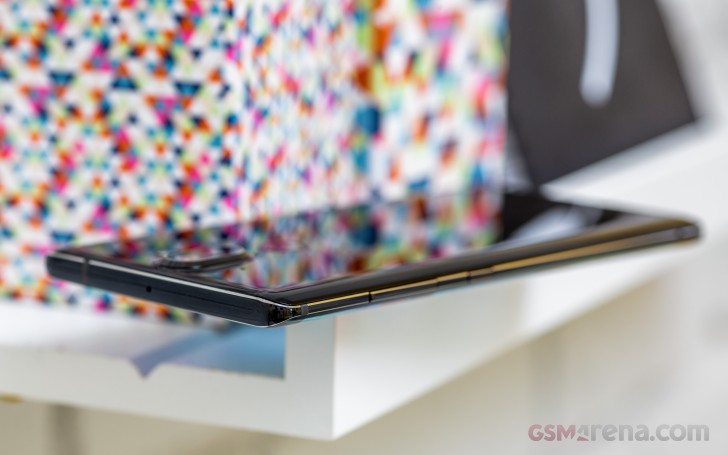 One thing that detracts from the overall premium impression is the buttons - okay, technically three things. Thin and short, they have small travel, and the volume rocker is particularly spongy. Another point for complaints is on the other side - the card tray won't take a microSD for storage expansion. Sure, 128GB is plenty, but more is more. 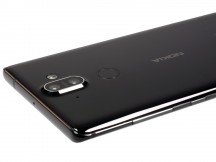 A pleasant treat awaits on the front - a display in a 16:9 aspect, no rounded corners, no notches or anything - it's like we're transported to a better past. This pOLED panel, however, also reminds us what wasn't better several years ago - we thought the days of strong color shifts at an angle were behind us, but the Sirocco does suffer from that, not unlike the LG V30 and the Pixel 2 XL. Could it be coming from the same LG plant? 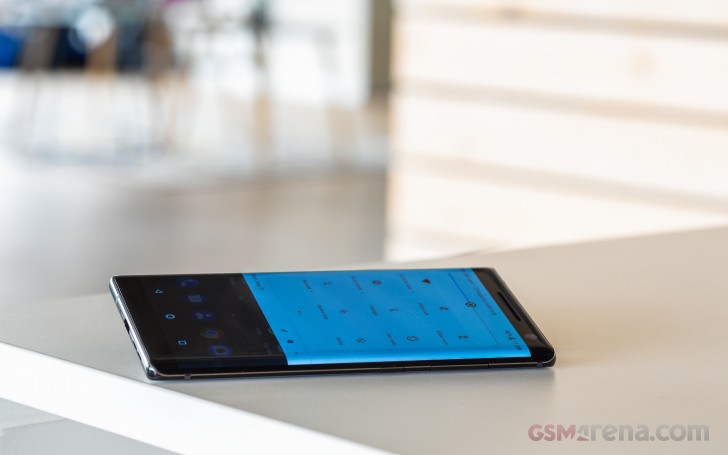 The thing is, on the V30 and the Pixel you could avoid the blue tint by looking at them head-on, and even off-axis it's a uniform shift. Not so on the Nokia, where the display's side edges are curved and so obviously always at a different angle than the rest of the panel. Oh, well. 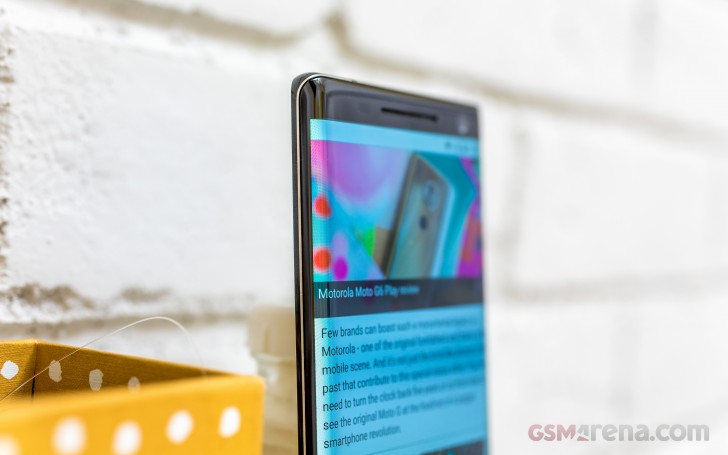 Anyways, above the display is a large earpiece slit, and we can't help but feel like it's a missed opportunity - it's not a second speaker, sadly. The selfie camera is on the right, while the ambient light and proximity sensors are on the other side. Around here is where the status/notification LED should have been if Nokia cared to fit one. Boo.

One more thing Nokia chose not to fit is a headphone jack. On the bottom, you'll find just the USB-C port, the loudspeaker and the primary mic. So, you're telling me there's a chance the 3.5mm jack is up top? Nope, just another mic. 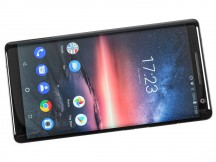 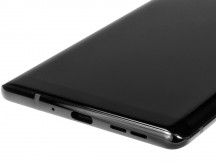 The Sirocco measures 140.9 x 73 x 7.5 mm. That's some 7mm shorter than the Galaxy S9 non-plus (which is an almost perfect match in resulting display surface area) and around 11mm less than the LG V30, both of these quite compact as modern flagships go. The Nokia is 4mm wider than the Galaxy, but still narrower than the V30 (which does have more screen to show for its size).

That steel frame may be stainless but it isn't weightless and the Scirocco is relatively heavy at 177g. Couple that with the compact dimensions and the thin sides and you get a particular sense of density about it, one that makes it feel expensive (not that it isn't).

And is the most compact smartphone with a large 16:9 display ngl