Except for the extremely fishy penta-camera setup that leaked at the beginning of this month, the Nokia 9 is a fairly mysterious device. The same goes for the rumored Nokia X7, which is believed to be the Snapdragon 710-powered smartphone that the company is readying to launch later this year.

And now this - two photos of alleged Nokia 9 and Nokia X7 front glass panels giving us a good idea of how both devices would look like from the front. Oh, and the good news is that the notches are nowhere to be seen.

It appears that the Nokia 9 has a very slim chin and side bezels while the upper one is just big enough to house the earpiece, the front camera and the accompanying sensors. 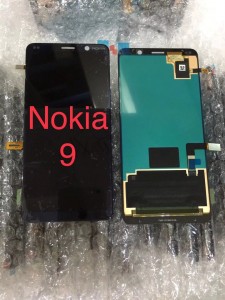 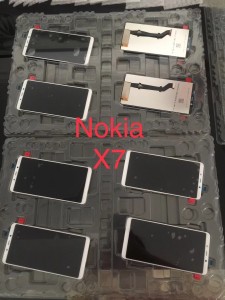 The Nokia X7, on the other hand, has slightly thicker bezels all-around due to presumably being a less expensive handset. It's also a pleasant surprise to see that the Nokia X7 isn't bit by the notch bug like its smaller siblings the Nokia X5 and Nokia X6.

Nokia 7 Plus gets Android Pie beta update with Adaptive Battery

I live in the USA and have zero problems...

Only delusion is lack of your time to try that i was right and you were wrong.

"Even Apple airpods are a lot better than any wired chubs" Wow. You really are delusional.