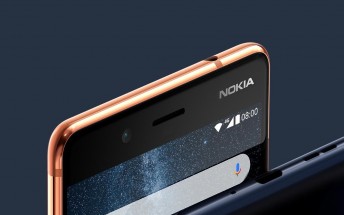 It looks like the Snapdragon 710 chipset is a hit with phone makers. Even Google may be working on a mid-range Pixel with the new AI-focused chipset. And so is HMD.

A new Nokia will reportedly launch in the Autumn/Winter period (possibly at IFA in September). It’s codenamed Phoenix and will use the S710 chip, so it could be a follow-up to the Nokia 7 plus or another Plus model.

Both chips are essentially mid-range versions of the flagship Snapdragons. The 710 features two Cortex-A75 derived “big” cores and six A55-based “little” ones. And it uses a 6-series Adreno GPU, which promises 35% speed boost over the Snapdragon 660 GPU. The AI prowess of the chip comes from the Hexagon 685 DSP borrowed from the Snapdragon 845.

PS. The S710-powered Pixel is code named “Bonito”, so if you see that name in a benchmark you’re probably looking at one of Google’s 2019 phones.

Nokia's maker closes a new funding round at $1 billion valuation

Are those prices for real for the chipsets? I've always wondered what they cost.

Dear Nokia, make it a 6+ inch screen with 5000mAh battery and Android One. Unlocked for all North American carriers and include LTE Bands 66 and 71. Charge $400 for it. Sell many.