The Nokia G21 has a 6.5-inch display with a 1600x720px resolution, an understandable compromise in pixel count given the budget. It still makes for an acceptable pixel density of 270ppi. 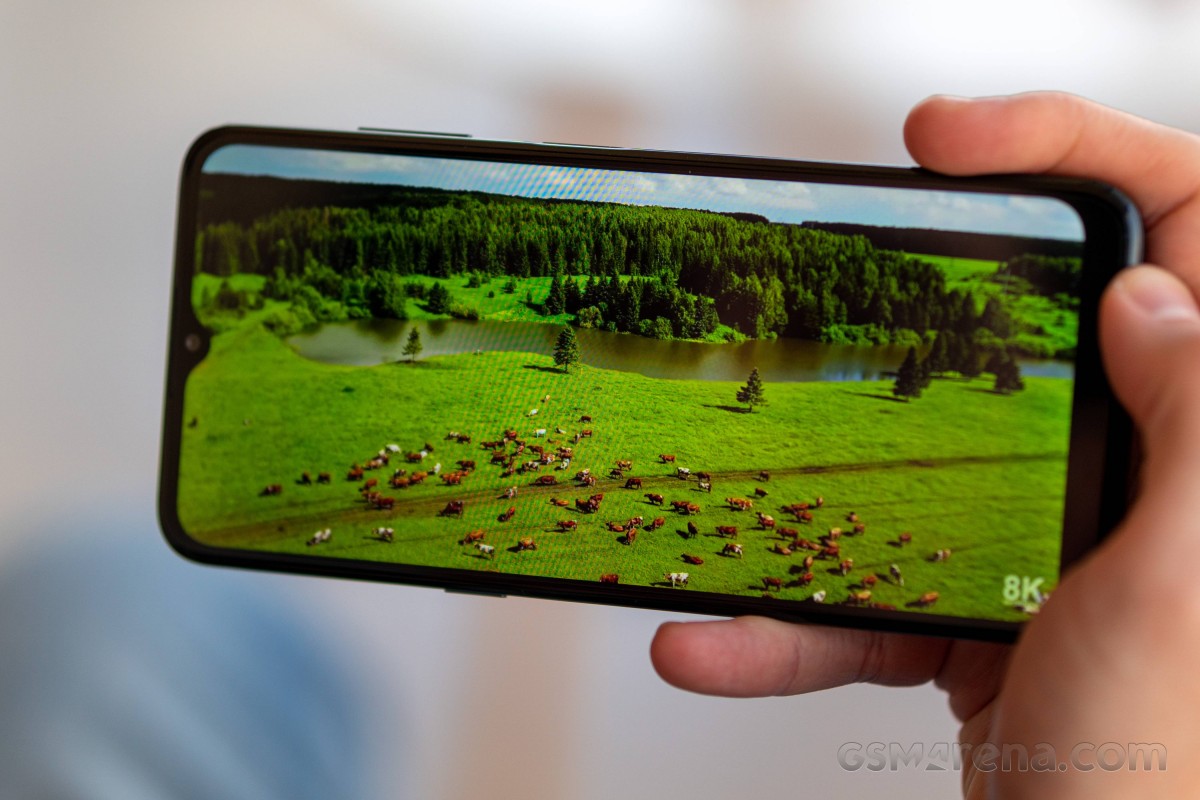 It's an LCD, and that too isn't surprising for the money, though Samsung does fit the A22 with a Super AMOLED display. It's Samsung that makes them, though, and the A22 is slightly more expensive anyway.

The G21's budget went into refresh rate, and the 90Hz capability is appreciated. We'd say the jump from 60Hz to 90Hz is more noticeable when it comes to user experience than from 90 to 120Hz, while 90Hz also tends to be a lot more frugal than higher RR. We're not saying that 120Hz is bad, just that 90Hz is good enough for what the G21 is trying to achieve.

Nokia promises a maximum brightness of 400nits for the G21, and we actually measured a little more than that. Still, 437nits is underwhelming for an LCD, and with only a minor boost under bright light, you may struggle when out in the sun. In less demanding ambient conditions, however, you'll appreciate the nicely high contrast - high as LCDs go, that is.

There's not a lot to talk about when it comes to color handling - there aren't any color modes (there is a color temperature slider), and the phone makes no claims for wide color gamut coverage. In its default state, it's about average in its overall accuracy when examining sRGB color swatches, but there's a noticeable cold shift (dE2000 for white is 10). Bumping that temperature slider all the way to the warmest setting actually makes the blue tint go away, and we get an average dE2000 of 2.9 for the set of sRGB patterns - a pretty good result for the class, though it does come at the expense of some 60nits of max brightness.

There's no HDR support on the Nokia G21. 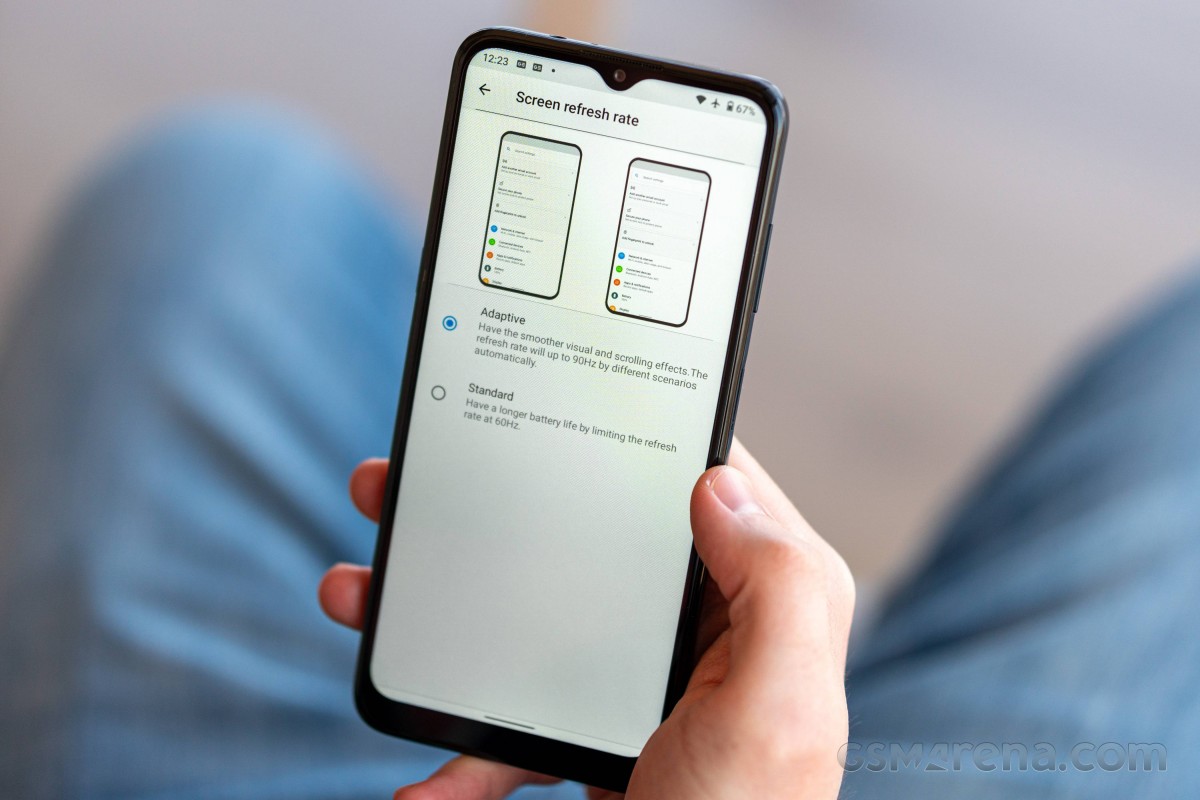 The G21 has two options for refresh rate - Standard limits things to 60Hz, while Adaptive lets it go up to 90Hz with a basic activity-based logic reverting to 60Hz when you don't touch the screen for a couple of seconds. It's a simple and sort of effective solution, though, in the past, we've seen little difference in battery life on most phones with 90Hz LCDs between 60Hz and 90Hz modes. In any case, the adaptive behavior couldn't hurt.

Nokia advertises 3-day battery life for the G21, with their testing methodology including 5 hours a day of actual usage ('gaming, video streaming, calling, sending sms, browsing and using apps such as social media, news, navigation and music') in an indoor environment with 'normal' settings. While our testing is different, we'll admit that with a fairly modest chipset at the helm, a 720p display and a large, 5050mAh battery inside it, the phone does have all the markings of a marathon runner. And indeed, that's pretty much what we observed in our testing.

The G21 was good for almost 20 hours of web browsing in its Adaptive refresh rate mode, where we got 1-2s spikes to 90Hz on page loads (every 10s) and 60Hz the rest of the time. Video playback turned out a little more taxing, though the 16 hours we clocked are hardly a number to complain about. Over 37 hours of voice calls are a lot as well.

The overall Endurance rating of the Nokia G21 then worked out to 136h. 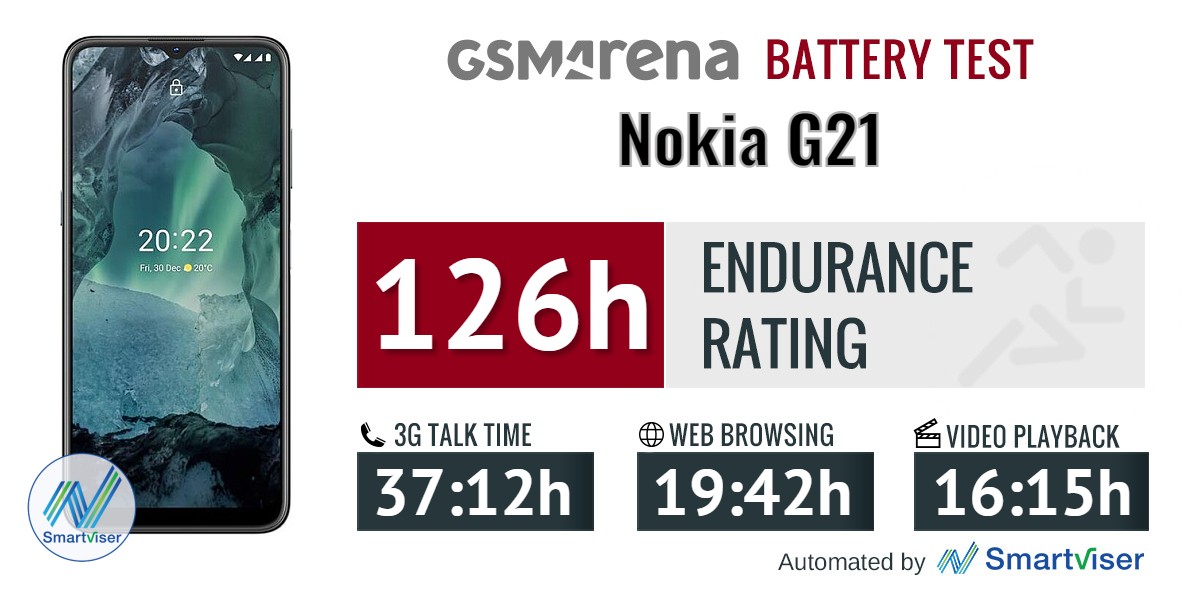 The Nokia G21 supports charging at up to 18W over USB Power Delivery but ships with a less powerful 10W adapter. Using this bundled unit, we clocked a full charge to take a rather sluggish 2:49h, with the battery indicator showing 22% at the 30-minute mark. Even for a budget phone, that's pretty slow, though competing Samsungs aren't any better. In any case, overnight charging appears to be your best bet with the in-box charger. 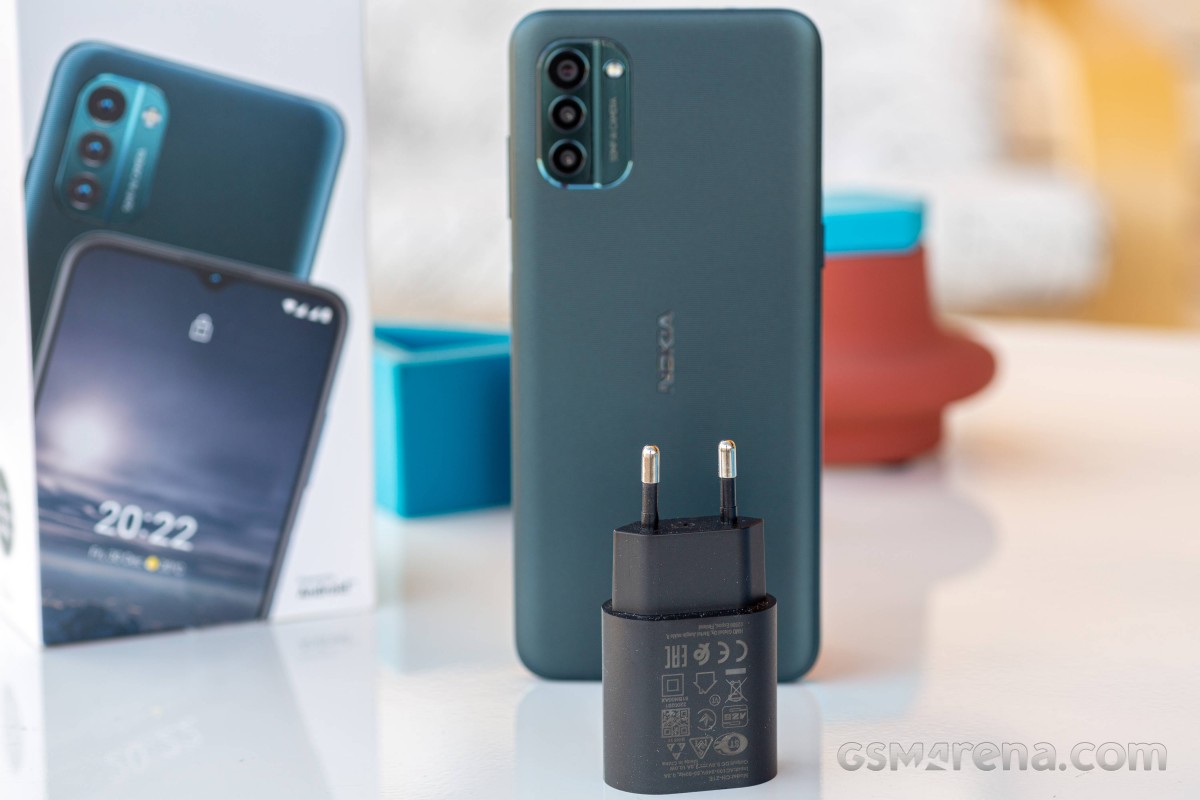 You could get better results if you have a PD-capable adapter. We tried a third-party unit that can deliver 18W, which got us 37% in half an hour, plus it shaved a good 40 minutes off the 0-100% time. It's one of the better results outside of the realm of proprietary charging tech that the chart-toppers have.

The Nokig G21 has a single loudspeaker, a bottom-firing one. It's more or less to be expected at this price point, but stereo speakers can be had for as much money too - take the Redmi 10, for example. 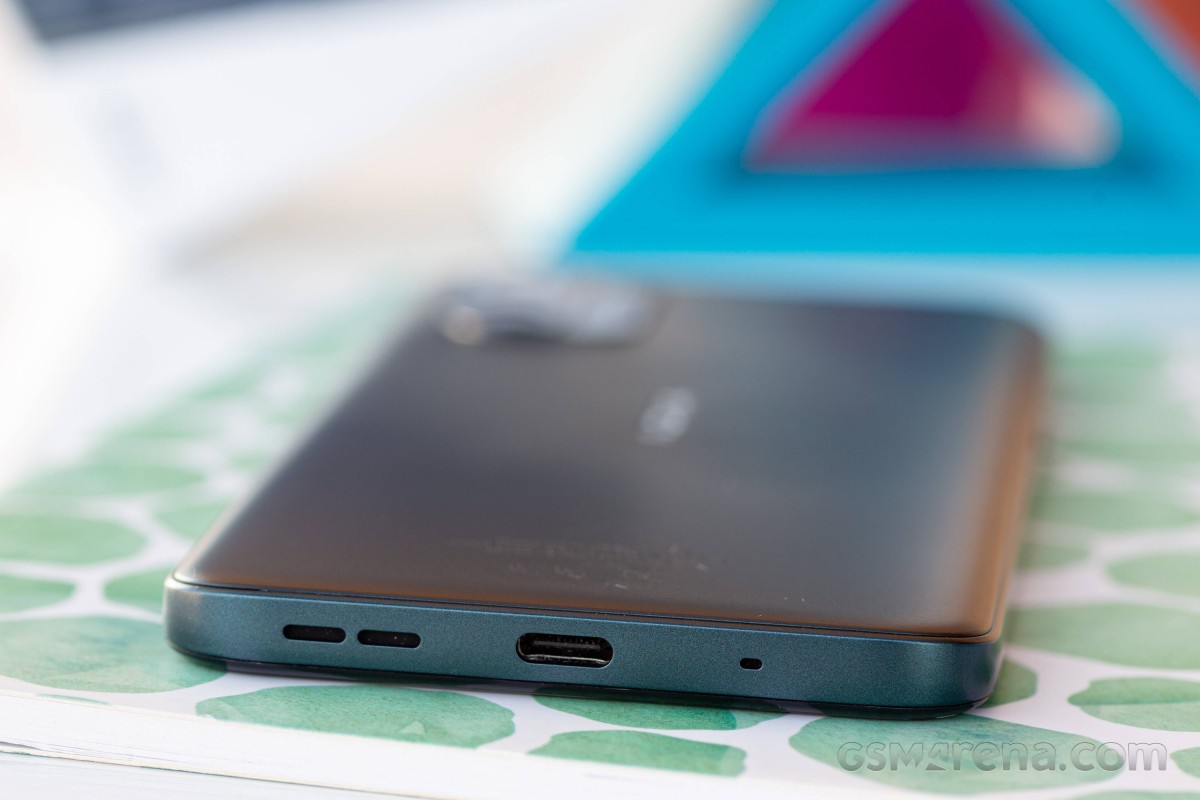 The Nokia's one speaker isn't very loud either, and it ended up in the 'Below Average' category in our test - on par with the Galaxy A22, but the Realme 8 is slightly louder, and the Redmi 10 noticeably more so. Despite the underwhelming loudness, however, the Nokia does sound quite alright for its modest setup - it's more balanced than the in-bathroom-like Galaxy and the overly highs-forward Realme.

So i've tried the demo Nokia G21 at the Nokia Store ... here is the REAL review and not just a BASHING comment that some people didn't even tried the phone .... The design of the Nokia G21 is very outdated HOWEVER you can really see it...

I have compared this to the other budget 50mp ones in low light. it doesn't seem like its doing the pixel binning even if it outputs 12.5mp, so it rather opted for really high iso to compensate, which makes it a really bad looking photo. I ass...