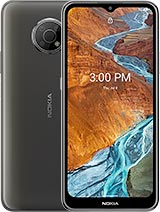 I mean they want to sell as much phones as possible. But a 700series Snapdragon would be a nice direction

Is it neccesory to place nokia logo on chin?

Timalay, 02 Oct 2021I hate to say, but it's like Nokia (HMD) isn't ev... moreWow Nokia the fresh and emerging power in Android world. Love NOKIA

I hate to say, but it's like Nokia (HMD) isn't even trying anymore.

Nice joke, Nokia!
Are you serious? What are your intensions?

Yet another Snapdragon 480-powered HMD Nokia smartphone? I'd rather see HMD Nokia utilizing a Dimensity chipset. Even a Dimensity 720 or 800U is already good enough.

Symbian was flawless os, loved it, there weren't any problem like freezing, I miss those rigid phones ;) but not it's just garbage

Nokia made great mistake when they turned away from their own os symbian, every body loved symbian! They had to improve their own os.. I had Nokia 5310 xpress music, it was a thin nice phone

When will the flagship be?

If HMD keep making the chins on these phones any bigger then it'll not be long before you can fit a keyboard on there nevermind 3 buttons.

Bokyme, 01 Oct 2021Hello guys! The reason why NOKIA is producing different 5G ... more*suit the pocket of different individuals*ok at this point idk if ur joking soo.

Hello guys! The reason why NOKIA is producing different 5G devices with same processor is to suit the pocket of different individuals. NOKIA is a great OEMs and target every individual's ability to buy their products. Have a lovely day and week ahead.