It may be a new house, new rules - but no sharp movements just yet. In the aftermath of Microsoft's recent acquisition of Nokia's devices and services department, it's really anyone's guess what will happen with the Finnish company that was once at the apex of the industry. There's no question marks hanging over the Lumia lineup though - it is going strong, and the Lumia 930 alongside the Windows Phone 8.1 update is proof that it's here to stay, be it under a new leadership.

The Lumia 930 was released in the US as the Nokia Lumia Icon this past February running Windows Phone 8, and after working the kinks out with the Windows Phone 8.1 update for it, Nokia is launching the international version right to the latest software. 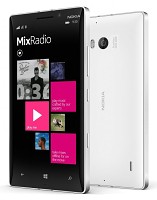 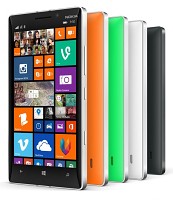 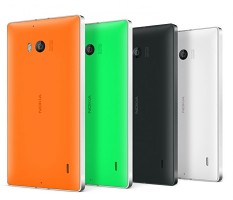 Besides supporting some different LTE bands, the Lumia 930 is identical to the Icon. It does come with some nifty extras, however, as Nokia is trying to entice users by throwing in a wireless charging pad with dedicated A/C adapter, as well as some different paint jobs. Here's a look at what you get with the Nokia Lumia 930:

As far as recent flagship offerings go, the 930 does leave a bit to be desired. We would have liked to see a more recent Snapdragon 801 chip inside, and the lack of expandable storage and 2160p video recording make the 930 feel like it's falling behind competitors' flagships. Still, Nokia phones have traditionally relied on other strengths to set them apart, and the Lumia 930 may do enough there to give it the edge. There's also the new Windows Phone 8.1 update with Nokia Cyan to consider.

Windows Phone 8.1 has finally caught up to the competition and offers some long-awaited features such as Action Center with notification and quick toggles, customizable tile size and Start screen background, the Cortana voice assistant, Quiet Hours mode, and a swipe-able keyboard among many others. We'll get into the details in a bit.

Nokia Lumia 930 in our studio

We'll be looking at the updated software interface a bit further on in the review. Up next, we get things underway with our traditional hardware examination, including a look at its stylish metal frame and 1080p ClearBlack AMOLED display.