Nokia phones were the quickest to get Android 9 Pie, shows Android update chart

People are keeping their phones longer – the upgrade cycle in the US, Europe and China is now close to 30 months. This places a great emphasis on software support as new software keeps the phone feeling fresh even after two years.

Counterpoint Research has collected data on the Android upgrade schedule of various brands, tracking how many models were upgraded to Android 9 Pie (or launched with it), focusing on models that have been released since Q3 2018. The speed of updates was also tracked.

The undisputed winner is HMD and its Nokia phones. Currently, 96% of all Nokias launched since Q3 last year are running Pie. While the chart below is impressive, it actually shorts HMD a bit – even the Nokia 6 and 8 from 2017 are running Pie, it’s not just the late 2018 models.

Samsung and Xiaomi round off the Top 3 with 89% and 84% of their phones running Pie, respectively. At 82%, Huawei is very close too. And then there’s a massive drop, but the chart doesn't tell the whole story. 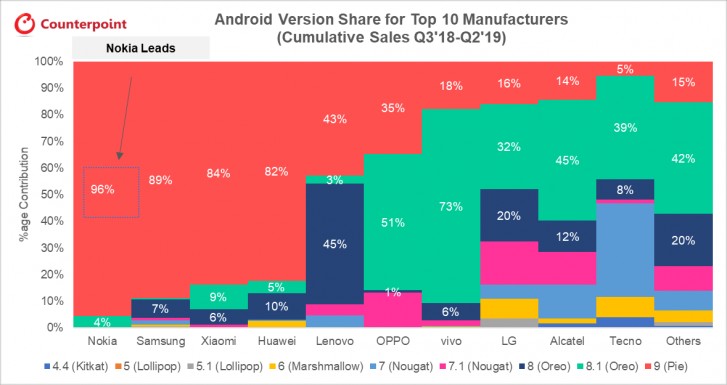 Some brands are not included, OnePlus in particular should be at 100% - it doesn’t launch many models, but all models since the OnePlus 3 (included) are on Pie right now (so, every model since 2016).

Nokia and Xiaomi are also quite good at supporting their mid-rangers, which isn’t true for all brands. In fact, only about a third of sub-$200 models in general are running Android 9 Pie.

HMD is king in this metric, with over 90% of Nokia phones in the sub-$200 segment getting the update. Xiaomi and Lenovo rank highly too.

It’s not just about getting the update, it’s also important how long users have to wait. For Nokia owners, the answer is “not long”. It took HMD less than a year to cover 94% of its models.

Samsung is rather slow in this regard - even it releases Pie for most phones eventually, it takes more than 12 months. Huawei isn’t particularly fast either, while Xiaomi and Lenovo are trading blows for second place. 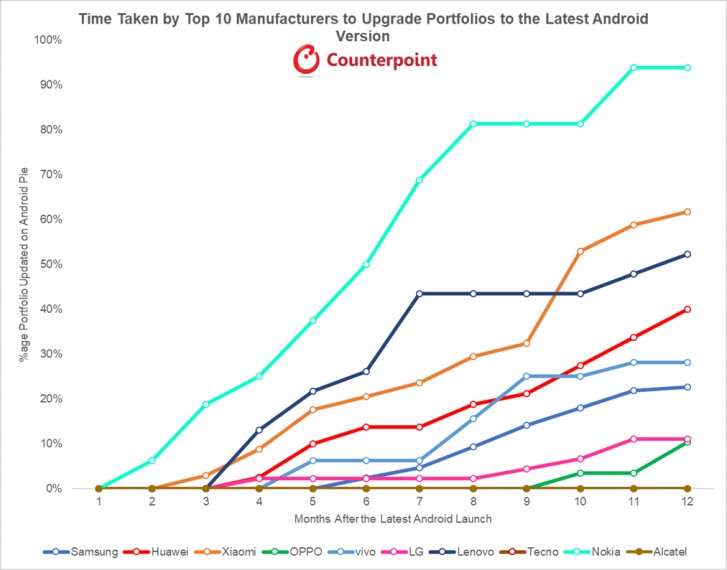 These Nokia phones will get Android 10, Nokia 8 is missing from the roadmap

i just love LG phones so much because of screen and DAC music amplifier, but updates are horrible 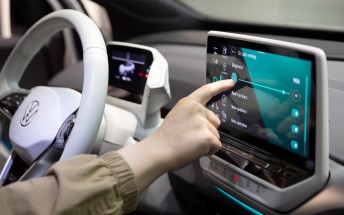