Nokia smartphones are finally coming to carriers in North America

You can already get some Nokia smartphones unlocked in the US, but what if you simply can't imagine buying yours from anywhere but a carrier? Well, here's some good news. HMD Global has announced partnerships with both Verizon and Cricket, as well as Rogers in Canada, and those carriers will start offering one Nokia device each very soon.

Don't get your hopes up, however - these are low-end handsets. We're talking about the already leaked Nokia 2 V, a rebranded version of the Nokia 2.1 that Verizon will sell starting on January 31. This is also what's headed to Rogers up north at some point before the end of March, although that company has chosen to keep the original name intact.

Cricket, on the other hand, will offer the Nokia 3.1 Plus starting today. You can purchase one from AT&T's prepaid brand for $159.99. 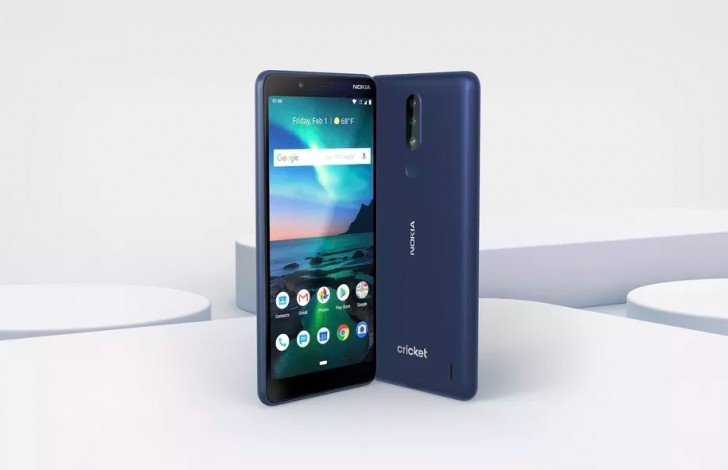 The Nokia 3.1 Plus has a 6-inch HD+ touchscreen with 18:9 aspect ratio, and Cricket's version is powered by the Snapdragon 439 SoC, unlike the international model that has the MediaTek MT6762 Helio P22 at the helm. The phone pairs that with 2GB of RAM, and 16GB of expandable storage. It runs Android 9 Pie and has a 3,500 mAh battery, a dual 13 MP + 5 MP rear camera system, and an 8 MP selfie unit on the front.

Nokia 2 to get Oreo update soon, but there's a catch

Nokia 8.1 now available in the UK

Its a rhetorical question. Some ppl arent smart enough to understand that answering a troll makes them troll more and not less. That's why it's called FEEDING the troll

Man tghe same way like apple did. Apple is made by foxconn.

The question is if their bands are even compatible, if yes hopefully they will come to! ;D