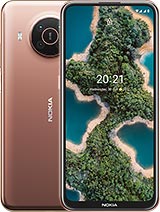 James.D, 24 May 2022I think that somebody needs to learn the difference between... moreOr that someone just misspelled a word like a lot of people do! Thanks for noticing.

Carol, 23 Feb 2022Well, not everybody knows how to use a smartphone. Back too... moreI think that somebody needs to learn the difference between too and to.

Nokia is Always Nokia , no matter nowadays chinese gaming craps , only Samsung is maybe better, normal person who needs normal phone Will be satisfied with 6/128 GB

Nereis, 24 Mar 2022I would buy this device which seems to be quite a bargain h... moreYou can download an app

Is there RAW shooting camera option in the menu?

Carol, 30 Mar 2022Am curious, how are they forcing you?Hahaha his been forced by way of nokia company pointing gun on his head if he was able to buy the nokia phone
Hahaahaha lol

Nereis, 24 Mar 2022I would buy this device which seems to be quite a bargain h... moreIf just that is a case that you want a compass download a military version on G.play. It works like a charm. Try it out on your current mobile phone.

M, 29 Mar 2022TBH Nokia will meet the end as before...no innovation n cre... moreAm curious, how are they forcing you?

TBH Nokia will meet the end as before...no innovation n creativity..they try to force customer to like what they offer not trying to sell what customer want...

I would buy this device which seems to be quite a bargain here, in Romania - Nordic Blue 128GB 6GB RAM for about 240 Euros, 2y warranty, sold by Emag. But I've promissed to myself that my next phone must have a compass - neeeded for hiking and educational apps as SkyMap. Unfortunately, it seems that this Nokia X20 doesn't have a compass. So many mid-range phones with good price/specs ratio do not have compass! Imo, this is a shame in our days!

LDerry, 15 Feb 2022I had high hopes for this phone as it was highly recommende... moreWell, not everybody knows how to use a smartphone. Back too school, come back in 2030

LDerry, 15 Feb 2022I had high hopes for this phone as it was highly recommende... moreTo the contary this phone has a great selection of manual camera functions. It has a "pro" mode (swipe up on the shutter button in the camera app). Here you'll find all the adjustments you could wish for, ISO, shutter speed, white balance etc etc. Also if you press and hold the centre marker on the camera screen you can focus lock the camera too. The UI for all this is great too. It was used on Nokia phones right back to the Lumia series and is intuitive as you can get!

Granted the camera itself is not upto flagship standards but it does offer lots of flexibility and allow for more creative capturing! I particular like the duo camera mode where you can narrate a video if you wish in split screen with a feed in each part of the split from whichever camera you choose!

Lots of options with this camera for some creative shooting....

I bought this phone in June '21 as a replacement for my Pixel 3XL which was running out of service patches in October.

Having being used to flagship phones I was pleasantly surprised with this phone. It looks great (IMHO!) and is nice solid feeling device. It has a large screen which makes it easy to use but I guess can be handful for those with smaller hands.

The phone is responsive enough although does have the odd stutter now and again when scrolling around etc - nothing hugely noticeable unless you are coming from a flagship phone.

Camera(s) are adequate - although again coming from a Pixel 3XL not quite up to that spec but well good enough TBH. Also has some nice additions to the camera like wide mode, and duo camera support so you can have for example front and rear camera recording into the same video which is great for narrating a video for example. Also has things like auto watermarking photos etc. So whilst the images aren't quite as good as a flagship it makes up for with a little more creativity options!

The other great thing about this phone is that it is almost pure Android with absolutely no bloat on it. Also you get three years worth of security and OS patches! The OS updates are swift to getting Android 12 a couple of months after release to Pixel devices.

Slight niggle is the Google button on the left hand side which gets caught to easy. Although easy to disable so no great problems just a shame that it seems wasted really.

Worth a look - especially at the price it is being offered at. A good, solid well designed and engineered phone.

I had high hopes for this phone as it was highly recommended for its camera but reality is a different matter. It's a big phone and trying to hold and open it with your left hand causes problems with the useless Google button on the left hand side. I've had to disable it as it kept opening when touched. The camera is fairly good under normal use but has limited manual functions. Taking photos at night result in blurry, grainy shots that wouldn't be out of place on a cheaper phone. Not worth the time, look at better alternatives.

Carol, 19 Jan 2022Hmm, maybe you have an XD card installed? And the SD card i... moreI don't bother with SD cards now, just use phones memory seems to eliminate any problems that can arise.

Anonymous, 19 Jan 2022I mean much worse then most of the phones. There is backgro... moreHmm, maybe you have an XD card installed? And the SD card is crappy? Never heard of this. The device works quite good and i find the sound as all other, maybe even a bit better then someY even tough i do not know what better for a phones would be. They all sound annoying...

Carol, 17 Jan 2022Awfull? what did you expect? JBL extreme or something? It i... moreI mean much worse then most of the phones. There is background noise, music is lagging almost stops when playing. I guess mine is faulty that's why I got a free earphone with the phone.

Anonymous, 12 Jan 2022The sound quality is awful. Everything else is good. Why th... moreAwfull? what did you expect? JBL extreme or something? It is actually like all other smartphones, it is a phone for g sake....

The sound quality is awful. Everything else is good. Why this phone doesn't support important music formats like aptx, aptx hd, LDAC...? All formats are greyed out for me, means it doesn't support.

The screen is amazing, very sharp and colour accurate. Personally I prefer LCD over OLED so I am glad they gone for LCD.