In just three days HMD Global will take the wraps off a new X-series device in China. Earlier today we found out this would be called Nokia X6, a name previously worn by a Symbian-powered device back in 2009.

Now the first official-looking press renders of the new Nokia X6 have been outed in China, and by looking at them you have certainly noticed that it is wearing a dreaded notch on the front. There's still a 'chin' too, although it is rather small - at least compared to what other Android OEMs have done. 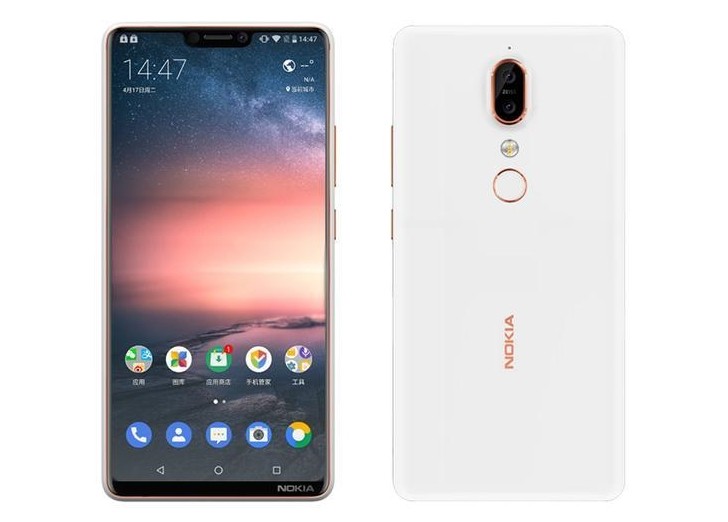 The Nokia logo on the front usually sits in the right part of the top screen bezel, but had to be moved to the chin this time around, as there really isn't a bezel where it used to be.

On the back, the X6 resembles the recently unveiled Nokia 7 plus, with its copper accents and dual rear camera placement. The only notable difference between the two is that the X6 has its LED flash array in between the cameras and the fingerprint scanner, whereas it's to the right of the camera island in the 7 plus. 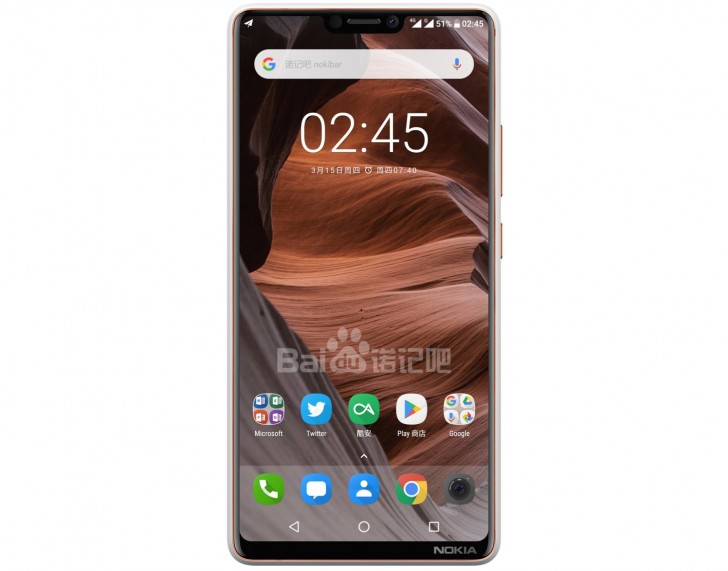 Nokia's first notched touchscreen will be 5.8" in size and have 19:9 aspect ratio. The entry-level model will be powered by the MediaTek Helio P60 chipset, paired with 4GB of RAM, while a slightly more expensive iteration will swap those out for a Snapdragon 636 and 6GB of memory.

Given the rumours of a rotational lens-selection camera flagship that may be coming from Nokia this summer, I'm sure they have a few aces up their sleeves. And Samsung is supposedly coming out with the first truly foldable smartphone sometime in the ...