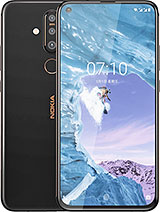 ah Nokia...taking three steps forward and two steps back. I wonder if these folks still living in delusion that people would buy their products no matter what, as it was the case 13+ years ago. Yes, that ego and resisting the change in paradigm is what killed Nokia. Makes you also wonder if this phone is also infested with evenwell apps which is the case with Nokia 9 and company is keeping their lips sealed

Maybe they bought too much SD660, the next one should be SD710

The triple camera setup deteriorating the design. I don't commonly use our duel camera either, so why the uses of the 3rd one

Another plopp of Nokia! Snapdragon 660 why not 710+, no water resistant, No OIS, No strong gorilla glass protection? Design is beautiful but specifiations is not good as well.

I don't like the camera placing. It is better in galaxy s10.