Huawei has started pushing out the Nougat beta update to its Nova smartphone. Currently rolling out in China, the update arrives as firmware version B321 and is being rolled out to select 500 Nova (B153 variant) units. 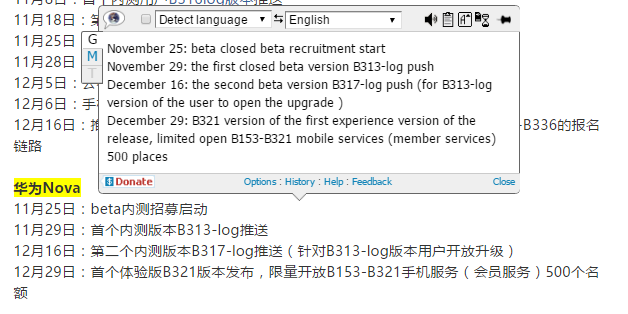 It's worth mentioning that the Huawei G9 Plus started getting the same beta build a couple of days ago. The P9 Plus, on the other hand, also started receiving a Nougat beta build (version B352) yesterday. In case you missed, the P9 and Mate 8 have already received the final Nougat update.

Huawei is seriously stepping up their updating game. Kudos, Huawei!

what about G7 plus?