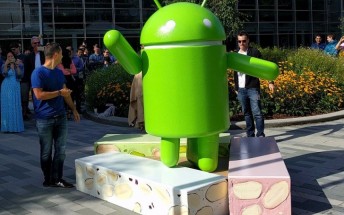 Google has performed its monthly platform distribution chart update today, highlighting the changes that have occurred within the past week. The good news for Nougat is that the version launched last year is finally in double-digit market share territory, with 11.5%.

That said, the previous iteration, Marshmallow, launched in 2015, reigns supreme now, towering over other variants with 31.8% of the market. Not far behind is Lollipop with 30.1%. 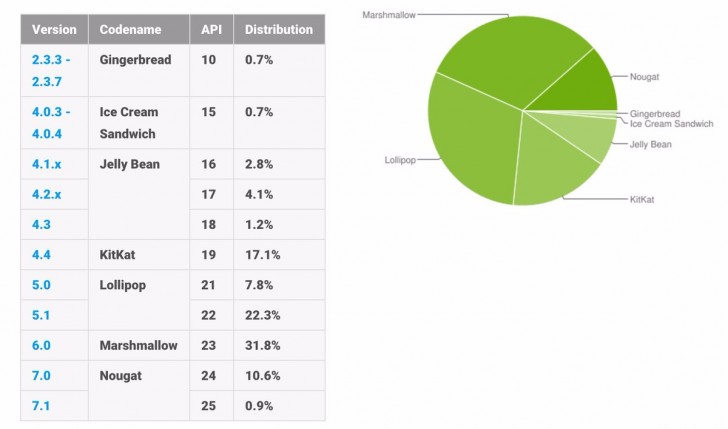 Unfortunately, Android 4.4 KitKat still commands 17.1% of the pie, many years after its release. All the older versions combined are at 9.5%, so the likes of Gingerbread, Ice Cream Sandwich, and Jelly Bean are thankfully on the way out. Better late than never, as they say.

Agreed 100%. Could not have said it better myself.

Until Google decouples the drivers, operating system and carrier updates (aka bloatware) as Microsoft has done with Windows, updates will take forever to reach older phones and many users will never get to upgrade to the latest version.