Now the Google Pixel 3 is overheating while charging

In the latest installment of the notorious Pixel issues, the Pixel 3 and 3 XL are shutting down due to overheating.

The issue has been reported by a few users - not enough to cause pandemonium, but enough to be considered a real issue by Google, which is reportedly sending affected users replacement phones.

It seems like the trouble starts when the Pixel 3 is being charged and used at the same time. Some have reported that charging wirelessly on the Pixel stand while watching a video or taking a video call is causing the Pixel 3 to become really warm and shut down. 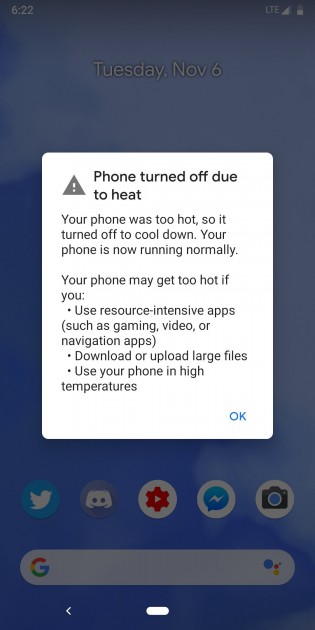 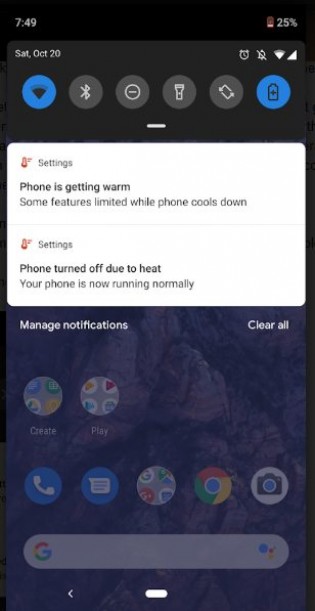 One user reported that a replacement Pixel 3 unit doesn't have the same issue, suggesting that only some units in the field have potential thermal problems.

It appears that older Pixel and Pixel 2 devices have also experienced overheating and battery drain, but the issues are not exactly the same.

Have you got a Pixel 3 smartphone? Are you experiencing overheating? Drop us a line in the comments.

You may be right, but im still sticking with japanese or even chinese, but not korean. Sony may be a bit pricey but quality is tried. My old devices that survived through the years are sony z2, ascend mate 7, p9 plus, and now currently using mate 10 ...

It's ok that you can't trust Samsung, I get your feeling, but just keep it in mind that S6 Edge wasn't really a good smartphone in a long run unlike their recent flagships. It was indeed a crappy phone in terms of performance, but quality of their pr...

I'll pass, my next phone is a sony if my expectations are met. Have had too many samsungs in the past and all i get is poor quality. Features may be great but what good will i get if the device is unusable. I'd much prefer apple or huawei over samsun...