Google Contacts' integration with the company's Pay Send service has started rolling out. A Nexus 6P user in Canada shared screenshots of the updated Contacts app (v2.5) which contains a new Send option for making payments. 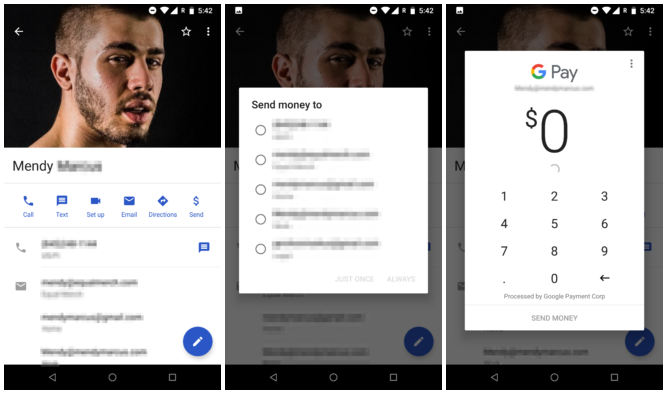 It's a server side change. The user, however, can't use this feature as Send isn't functional for them yet. Plus, they don't have Google Pay installed. The roll out seems to be in the very initial phases at the moment, but that should change sooner than later.

Can't trust Google with my money.

Good idea but not really popular..