Nvidia has two new Shield TV players in the works – one appeared on Amazon, another on NewEgg. Those pages were pulled down, but not before people grabbed images and screenshots.

The two players are powered by the Tegra X1+ chipset, which according to Nvidia is 25% faster than the X1 chipset of the original Shield TV. This is the same chipset that the Nintendo Switch uses, by the way, and while you can’t play Switch games on the Shield, it should handle Android games and emulation with ease. 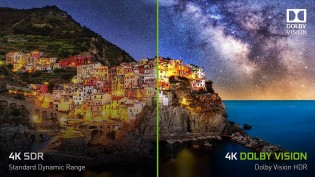 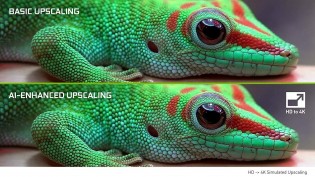 And if you don’t have 4K HDR footage, the AI-upscaler promises much better results than classic upscaling methods. The image above compares the results of scaling 720p to 2160p. For audio, the player features Dolby Atmos and Dolby Digital Plus decoding. There’s a PLEX media server pre-installed, but you’ll probably want to hook up additional storage. The Pro model only comes with 16GB on-board storage (and 3GB of RAM). You can Cast things to the Shield instead or use any of the popular streaming services (from Netflix to Spotify).

The remote is interesting too. It features many more buttons, making it easier to control the UI. It controls the Shield TV over Bluetooth and can command your TV as well thanks to the built-in AR blaster. 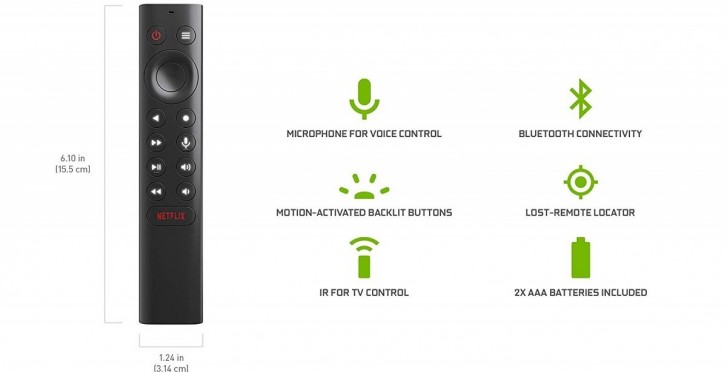 Voice commands are available, of course, and there are a couple of neat features. For example, the backlight is activated by a motion sensor making it easy to see in the dark without wasting the batteries (2x AAA).

The Nvidia Shield TV Pro was listed at US$200 and should be released on the 28th. It comes with two USB 3.0 ports, gigabit Ethernet and dual-band Wi-Fi 5 (802.11ac). It can also act as a SmartThings hub. The Shield runs the Google Assistant and can also be controlled by your Google Home or Amazon Alexa.

The vanilla Nvidia Shield TV (2nd gen) has a smart stick form factor. It features the same network connectivity – gigabit Ethernet and dual-band Wi-Fi 5 (802.11ac) – but is missing the USB 3.0 ports. Instead, you get a microSD slot for extra storage. 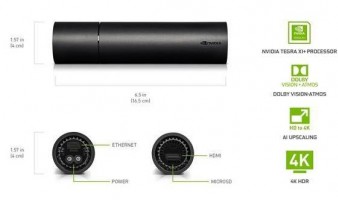 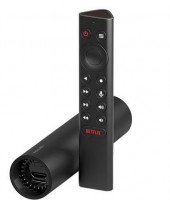 Nvidia Shield tablet and Samsung Galaxy A7 (2016) getting new updates

probably google stadia on this android device don't you think/.......

As far as I know, there is nothing Pro about this. I've got one. Thia pro is too much like the old non pro version with an overclock. These guys have little idea how to design an proper AV machine with "proper" software. I've had heaps of issues...