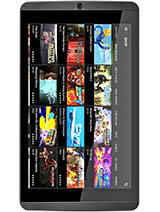 Guys? Is it 128GB or 256GB capable? beacause i dunno which card i should buy with it. Thx.

Does the stylus support palm rejection?

Well this seems very good as it is on the top of the line of the benchmarks. I am switching from a very slow tablet around the same price point, I hope it is between $150 to $180 used

How is the contrast ratio of the Shield Tablet? I hear it is not that good? And does multitasking suffer from the 2GB RAM?

Anonymous, 24 Dec 2015Wow nvidia, way to go for making the SAME tablet only getti... moreHey, at least it's $100 cheaper than the original!

AnonD-490311, 19 Jan 2016I used it one month, performance was good, run smooth, acce... moreGo to power settings and reduce max cpu speed to 70-80%. Stuff runs fast enough to notice any difference, but battery life and heat are much better.

I used it one month, performance was good, run smooth, acceptable screen quality, best experience in sound quality both Headphone and Build in speaker.
Something that suck for me is Battery Life, I give you 1/5 battery life, always plug in charger while I playing game or travel with Power Bank., Nvidia Please improve this thing.

Wow nvidia, way to go for making the SAME tablet only getting android M

Awesome device. £150 and comes with Marshmellow. Just tried out Geforce Now and it is pretty spectacular. You need to have fast broadband however which I do.

Movies are great. Screen is not as nice as Samsungs OLEDs.