If you've ever wanted to show other people what you're seeing inside Samsung's Gear VR headset in real time, this one's for you. The Oculus app for the Gear VR has just received Chromecast support.

This means that you can choose the new Cast option in the latest version of the Oculus app, pick a TV, and then put your phone inside the Gear VR and start wearing the headset. Whatever you see and do in it will be live streamed to the TV through the Chromecast. 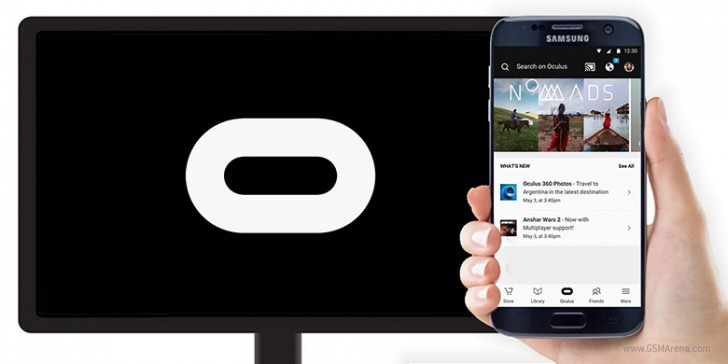 This way if you're having friends by they can watch what it is you're doing. Oculus says this will help introduce more people to the wonders of VR, but it remains to be seen how many won't simply find it incredibly boring to watch a stream of your deeds inside VR. Anyway, the option is there now, so if you want to use it no one's stopping you.

"extremely boring" yep gsma, like having an iphone with its extremely low quality low density lcd screen, where its worthless to put in a Vr, it just hadn't the quality, and with those maaaaaasive bezells and low screen to bezell ratio, you'd need a ...