The OnePlus 7 looks almost identical to its predecessor, the 6T. In fact, the only notable change are the color options. Now the phone comes in Mirror Gray and Red while last year's model had a Mirror Black and Midnight Black from the start. The Mirror Gray option comes very close to the Xiaomi Mi 9's Piano Black and there's no matte glass option as it's reserved for the OnePlus 7 Pro. 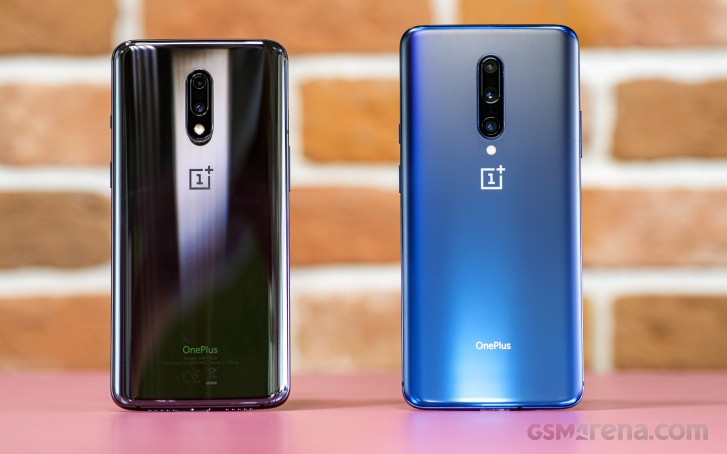 Compared to the 6T, the 7 is just 0.2mm taller and 3g lighter so even some cases from the 6T will fit on the 7, depending on how elastic they are.

So we are still getting the glass sandwich design (Gorilla Glass 6 on the front, 5 on the back) with a curved back and slightly rounded front glass to the sides. It's smooth along the whole frame, which is made of aluminum, and button positioning is identical as well. We've got the volume rocker on the left, power button on the right and the iconic alert slider right above it.

OnePlus 7 from the sides

The USB-C connector is at the bottom along with the main microphone and one of the two grilles. Only one of those is for a loudspeaker, though, the other likely holds the primary microphone.

The SIM card tray can be found close the volume key and when you pull it out, you will see red sealing against water and dust. Like all OnePlus phones, the 7 doesn't have an official ingress protection rating, and while the company says it will survive an accidental splash or dip, you'll be taking the full risk if it doesn't. 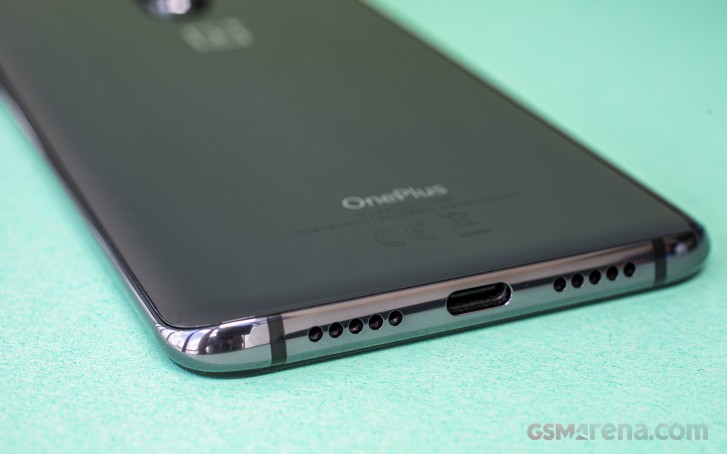 Going to the front, we are greeted with nicely slim bezels, although their lack of symmetry might put you off. The top bezel isn't as thin as the side ones and the chin is beefier than all the rest.

The notch is one of the least obtrusive ones we've dealt with although it's still an unsightly cutout that will bother some. For day to day operations, however, it very rarely gets in the way. Then again the missing LED notification light is a hard pill to swallow in yet another generation of OnePlus phones. 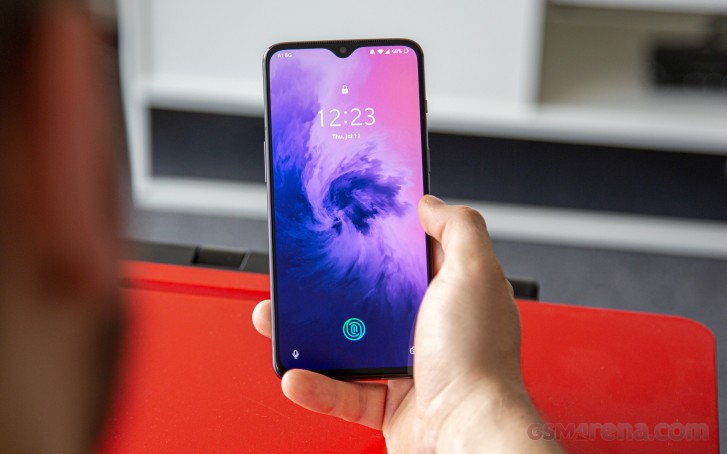 The OnePlus 7 is a big phone and pretty slippery at that. It's not quite as huge as the 7 Pro, but still there's a limited number of operations you can do with one hand.

Our Mirror Gray phone attracted a lot of fingerprints, which are easy to spot in almost any lighting. Moreover, the camera bump is sticking out a bit more than we would like and it feels strangely sharp in a way. If you let the phone lie flat on its back, it would start to wobble when using the touchscreen. 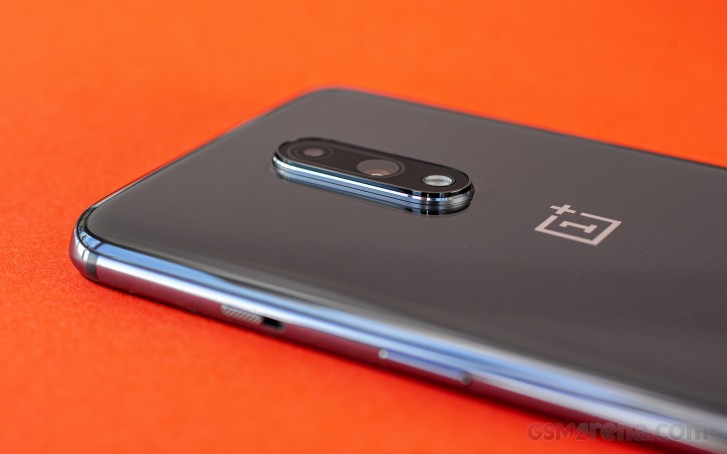 On the upside the OnePlus 7 is solidly put together - it's in no way feeling inferior to the more expensive 7 Pro.

To take a better look at the phone from all angles, here's a 360-degree view.

Does it actually reach 642 nits ?? I turned auto mode but it doesnt reach that high limits i think. Is there any solution??