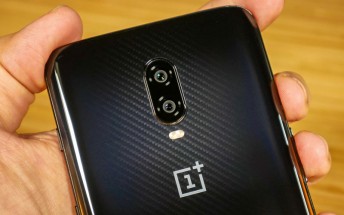 A fairly reputable source just came out with an exact date of when the OnePlus 7 will come out. The report also claims that the company will unveil the OnePlus 7 Pro that leaked the other day, which is believed to be the company's first 5G phone.

Anyway, the leaked launch date is May 14 and as we already said, it comes from a fairly reputable source. There's even an image attached to the tweet.

Okay, so I'm gonna stop with the estimations and give you all what you want. I can confirm that #OnePlus7 Series is launching globally on "14th May" 2019! Exactly 1 month left for #OnePlus' Flagship Killer to be revealed! According to earlier leak: #GoBeyondSpeed! #OnePlus7Pro pic.twitter.com/KlUpHjZms7

However, this isn't hard evidence by any means and it could all could be just unconfirmed rumors. We still got about a month to go so OnePlus will surely break the silence soon enough.

I am expecting something great as Oneplus MC Laren edition.

So the regular 1+7 if going to be an minor updatr to 6t, like LG has done fir awhile now