Both the OnePlus 7 and the Redmi K20 Pro come with fairly standard packaging. Both include a fast charger, a data cable and a case. 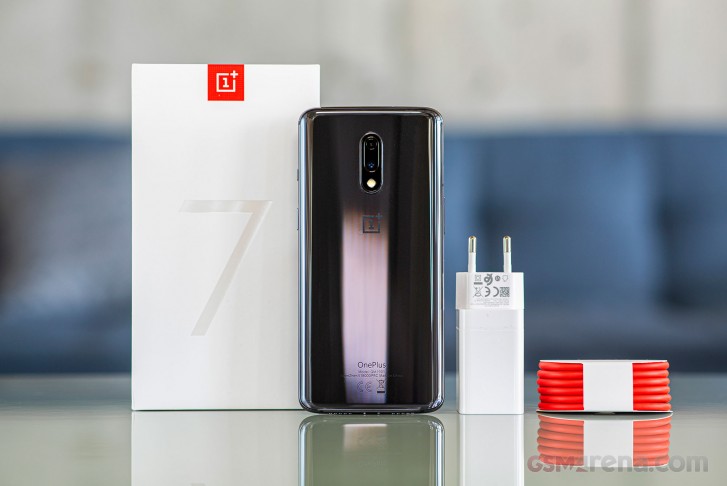 Both packages have a case bundled in. The OnePlus 7 has a standard clear silicone case, which should be fine for most people. However, the Redmi K20 Pro comes with a nicer hard plastic case, which is very thin and barely feels like you have anything applied to the phone while also offering decent protection. We definitely prefer Redmi K20 Pro case, even over the optional silicone cases that Xiaomi sells on its website. 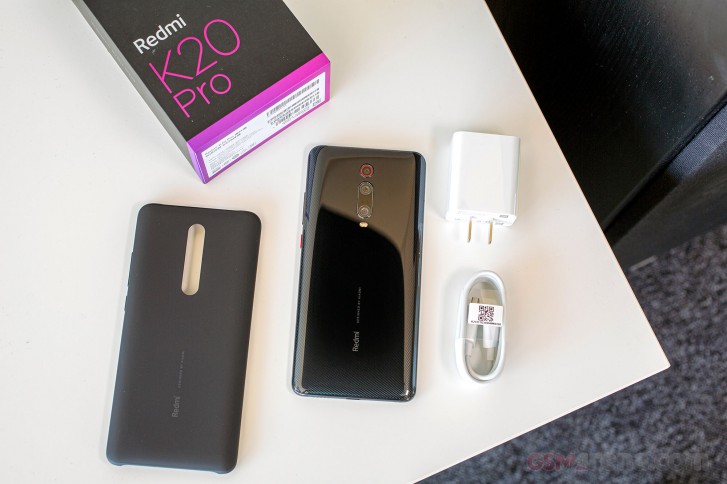 Neither the OnePlus 7 nor the Redmi K20 Pro come with any earphones in the package. The OnePlus 7 also lacks a USB-C to 3.5mm adapter in the box, which is a rather unfortunate omission. The Redmi K20 Pro doesn't need one because it still retains a headphone jack.

Both, the OnePlus 7 and the Redmi K20 Pro are modern, attractive-looking devices and one could easily sway one way or the other. 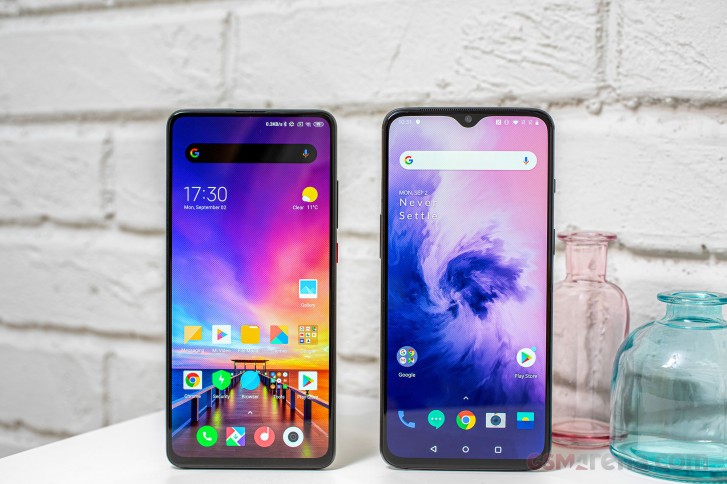 The OnePlus 7 design is largely a rehash of the OnePlus 6T but that isn't really a bad thing, as even nearly a year later it still looks fresh. The OnePlus 7 has a notched design with a small teardrop notch and a thin chin at the bottom. Along the sides are the volume buttons, a power button and the highly useful alert slider on the right. A sizable camera bump sticks out the back of the phone. 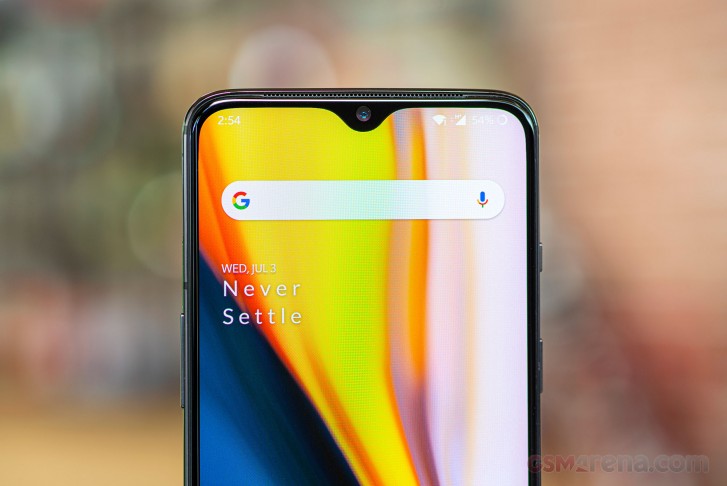 The Redmi K20 Pro design is ever so slightly more modern. There is no notch, so the display looks even more immersive. The camera has been tucked away inside a popup unit at the top, which rises with red LED color accents on either side. While that does look a bit gimmicky, the LEDs also shine through the top of the front camera for notifications, which is clever. Along the sides, the Redmi K20 Pro has a more traditional key layout and on the back the triple camera array has a far more subtle bump. 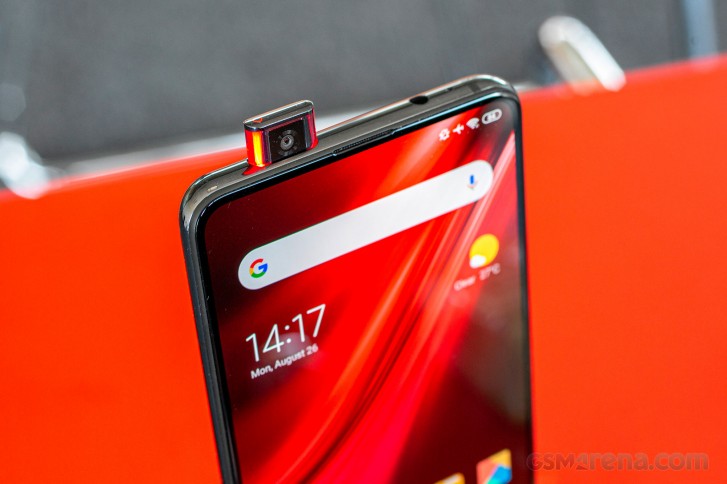 Like the OnePlus 7, the Redmi K20 Pro also comes in three colors. The Flame Red and Glacier Blue colors, however, are a bit of an acquired taste, as they have a flaming pattern etched into the back that reflects light differently as you move the phone around. The Carbon Black with a subtle carbon-fiber pattern looks a bit more grown-up, for lack of a better term. 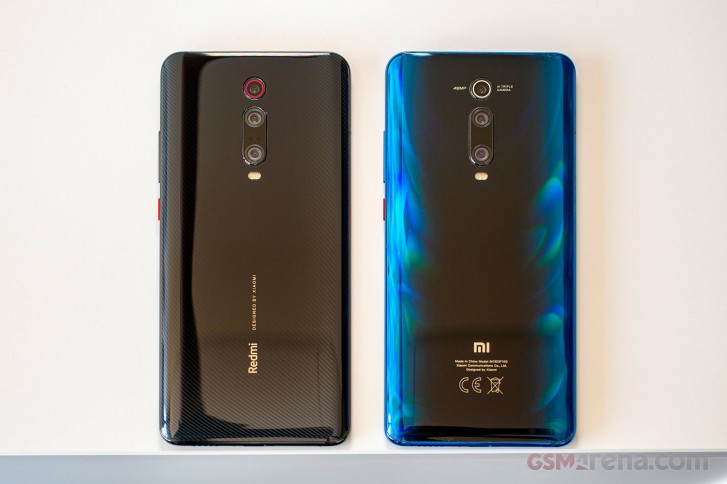 As these phones are basically trying to be flagship devices, appearances matter. Both phones look reasonably good in the hand, with the OnePlus 7 looking a tad bit more sophisticated but the Redmi K20 Pro having a more wow-factor, thanks to its notch-less design and popup camera.

Both phones also feel very good in hand. Neither is particularly big but again, you may disagree on that if you have smaller hands. The shape, size and overall weight of the Redmi K20 Pro feels excellent in hand with a very satisfying grip that just makes you want to use this phone without any case. The OnePlus 7 feels thinner and lighter, which some may value more, but it does feel less substantial in hand. 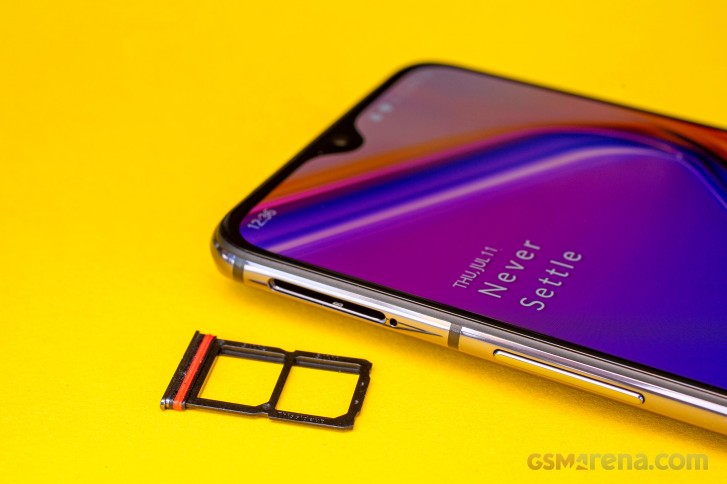 When it comes to build quality, both phones are made out of glass and aluminum. However, the OnePlus 7 does have weather sealing, even if OnePlus doesn't advertise it as such. In comparison, the Redmi K20 Pro isn't as well isolated from the elements and likely won't survive an accidental dip in a pool or a bath, especially with an open camera module at the top. The OnePlus 7 also uses Gorilla Glass 6 while the Redmi K20 Pro has the older Gorilla Glass 5.

Winner: OnePlus 7. While looks are subjective, the OnePlus 7 definitely has a more durable and insulated design.