Let's literally start with what the OnePlus 7T is made of, and that's unsurprisingly a glass + metal sandwich. A metal frame, glass on both the front and the back. Pretty standard so far. Still no wireless charging under the rear sheet, by the way, and still no IP-rated water and dust resistance, although the SIM card tray does have a rubber seal, so there's probably some ingress protection built-in. OnePlus was just too cheap to actually go through the standard testing procedure. 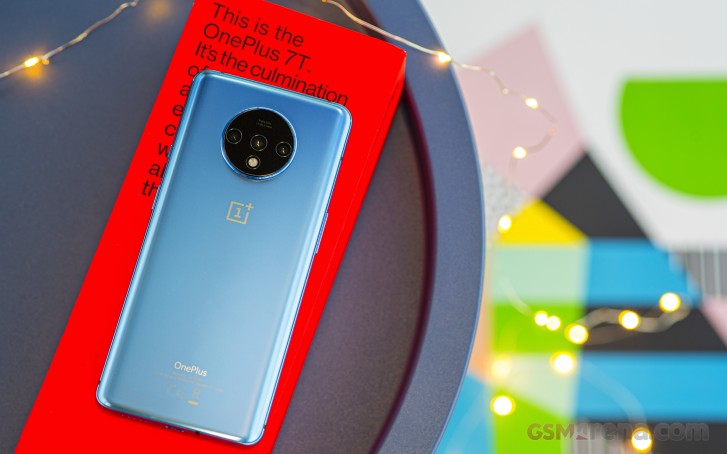 That said, we haven't risked it and decided to keep our unit as far away from water as possible. It did get hit by the occasional rain and unsurprisingly survived without a hitch. On the topic of resilience, we did drop it once or twice from around 50-70cm onto wood flooring and it survived just fine, sans any scratches or dents, but you should obviously not try this at home. And given how it managed to fail a classic bend test, you might want to be careful about pocket placement too. 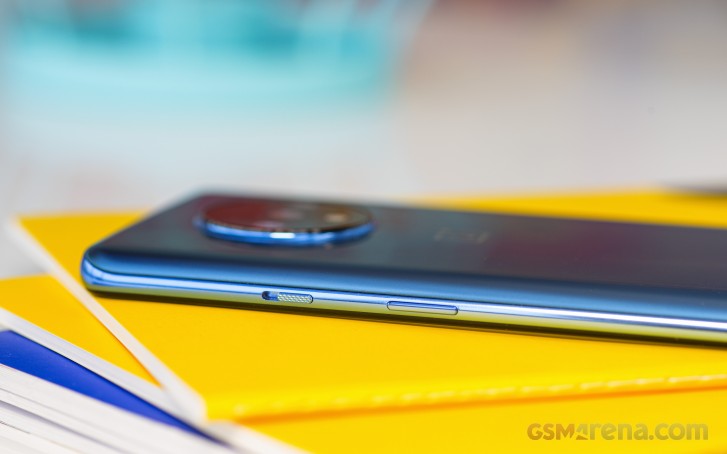 The 7T feels thin because of how the glass curves into the frame, and that makes handling it a breeze. That and the fact that it's about as narrow as the 6T even if the screen is larger (the difference is due to the taller aspect ratio). The camera hump is gigantic both in radius as well as in thickness, which as usual makes us wonder why the company didn't decide to fit a larger battery and simply make the entire phone thicker. 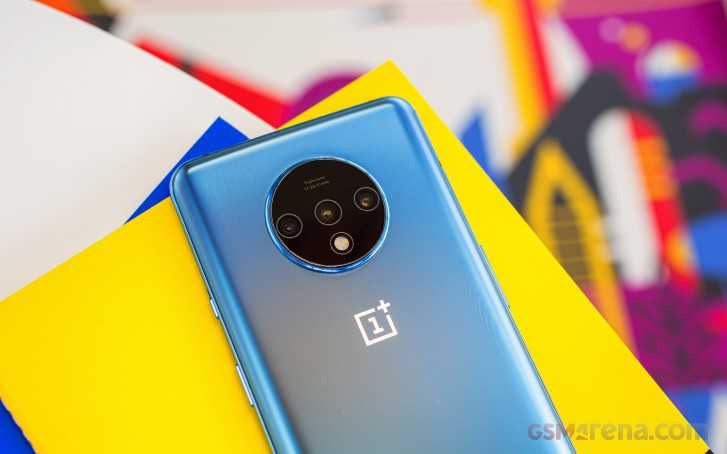 There's a strange upside to the huge camera hump though, you can easily rest your index finger on its lower side - not touching the lenses but the raised part of the bump. This is great when you're on a call but it also works well in normal use to counteract the fact that the phone is unmistakably top heavy. Aside from this top heaviness that may prove annoying from time to time, the ergonomics of the 7T are just right. It's a joy to handle and use.

While it's slippery as you'd expect from all that glass, the frame being so small somehow helps with making it not feel like it wants to jump out of your hands at all times. The back glass itself does catch fingerprints, although less than more shiny presentations we've seen in other devices. The blue hue is different from the one employed in the previous generation of OnePlus phones, but very subtly so. It's pleasant but not necessarily head-turning on the street because it's devoid of any bombastic, instantly eye-catching traits. 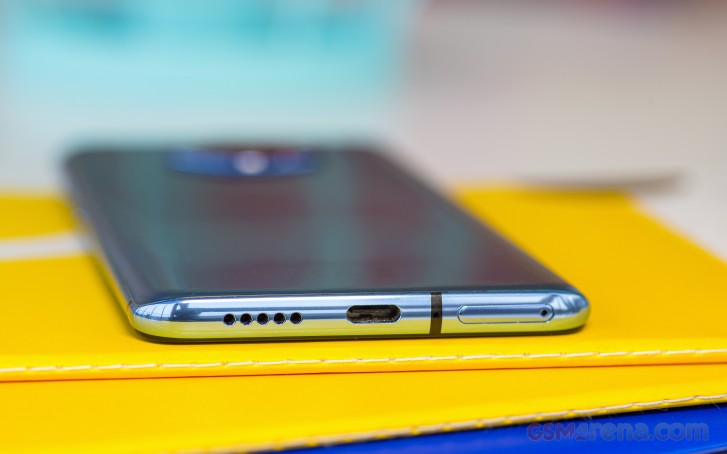 The 7T's bottom end doesn't have the symmetrical grilles on either side of the USB-C port, with one of them basically being fake and only housing a mic. Instead, there's a grille on one side and the SIM tray on the other. This ruins any semblance of symmetry, but in fairness, how much are you actually going to be looking at that? Speaking of lack of things, the 3.5mm headphone jack is still gone, don't go searching for it. There's also no USB-C to 3.5mm adapter in the box, so hopefully you have one already or have made peace with the concept of Bluetooth headphones.

Battery goes down too fastly.

Please do check out the Google camera 7.3 , that is a very very very big improvement over the stock night mode and don't forget to turn on the Astrophotography mode while taking night shots on g cam.