Which one to get?

Despite being from the same family, the 7T and the 7T Pro do look quite a bit different from each other.

The 7T design continues the evolution of the design that started with the OnePlus 6 last year. With the 6T, the phone got larger while the notch shrank. The OP 7 which came after that was essentially the 6T with a bigger camera bump.

The 7T now is notably different in looks, to the point where it looks very little like the 6 and 6T. The phone now has a taller design with a 20:9 aspect ratio display and the notch has also been made smaller, all of which makes for an impressive screen to body ratio. 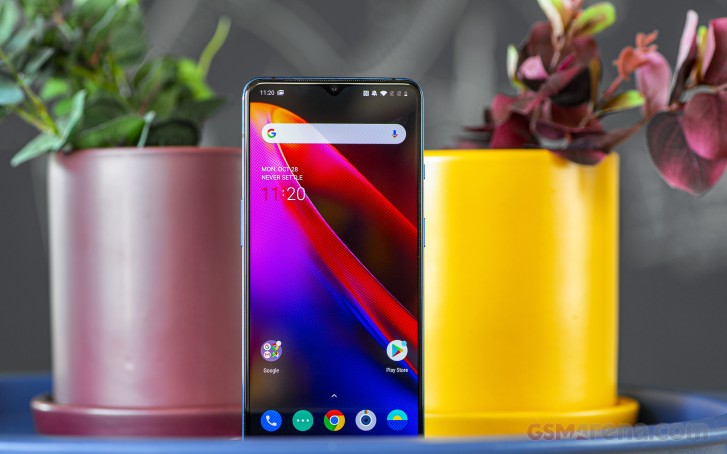 The back of the OP 7T has one of the most easily identifiable camera modules on any smartphone. This massive hubcap houses the new triple camera system and LED flash. As long as the design remains exclusive to this phone, you're never going to confuse the 7T for anything else in public. 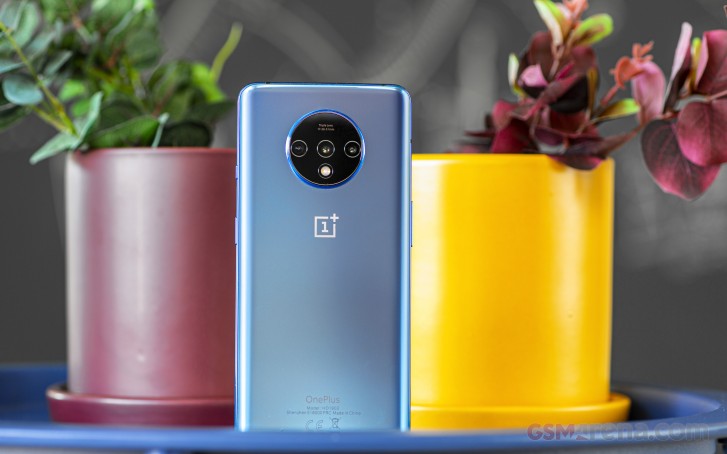 The 7T Pro design isn't nearly as distinctive, despite the stunning Haze Blue color on the back, but it's still a fantastic looking phone. The curved display glass that melts into the sides, the two-tone color frame, the lack of any notch and barely any chin and a more reasonably sized camera on the back ensures this phone looks properly good in hand in a way many more expensive phones do not.

Unlike the 7T, the 7T Pro design didn't receive any changes from its predecessor. The only visual differences is the color, which is now a lighter shade of blue, and the laser AF sensor on the back, which now sits outside of the camera module.

The laser sensor probably had to be moved to work properly with the new macro mode, which requires the camera to be extremely close to the subject, and the previous position of the laser AF sensor probably didn't work very well. However, the relocation of the sensor means you can't use any of the cases designed for the previous 7 Pro on the 7T Pro without covering it. 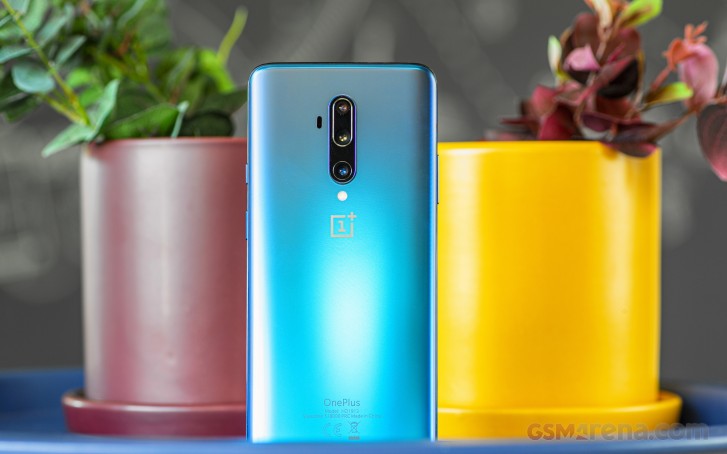 Aesthetically, it does bother us slightly that the two phones don't look all that much alike. One has a notch; the other doesn't. One has a camera module that can be seen from space; the other - a more reasonable size. Even the shade of blue for the back is different and the 7T does not have a curved glass front.

When we look at the Pro and non-Pro models from other manufacturers, they usually seem to have the same or similar design, but the 7T and 7T Pro look like two different phone models. This is, of course, nitpicking of the highest order but we would still like the designs of the two phones to become more congruous in future releases (which should be launching any minute now).

The phones also feel quite different in hand. The 7T is nearly as tall as the 7T Pro but narrower and thinner. More importantly, it's also lighter than the 7T Pro. This makes the 7T far more comfortable to hold and carry around.

The 7T Pro, unfortunately, is just as massive and heavy as its predecessor. Even though the curved edges and the smooth matte glass on the back feel great in hand, the phone is just too big and also too heavy. You really start feeling the bulk after holding the phone just for a few minutes, and it gets tiring pretty quickly. This is another area where we would like OnePlus to improve in the future by making the phone lighter, if not smaller. 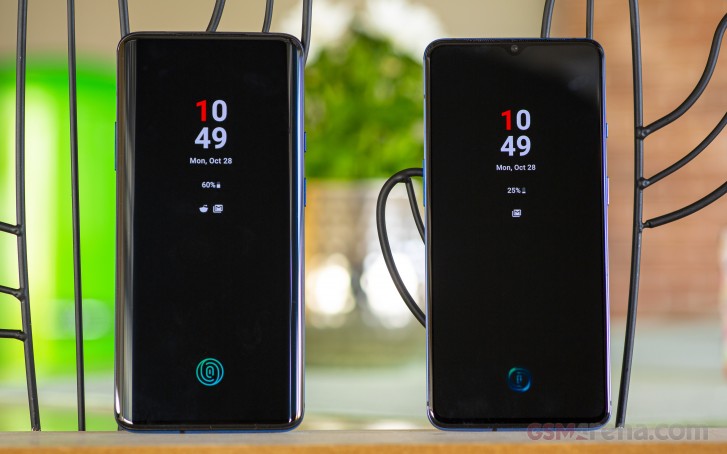 Which phone you like depends mostly on your taste, although we do personally like the 7T Pro design more. However, there's no denying that the 7T is the more ergonomic of the two.

In terms of build quality, both phones feel exceptionally nice in hand due to the metal and glass construction. However, neither phone has any ingress protection certificate. That's not to say that the phones aren't protected, and we know there's enough protection built into both phones to prevent dust and water from going in, but the lack of an IP-rating doesn't inspire a lot of confidence. OnePlus opts out of the certification process to reduce costs but with the cost of both phones rising - especially the Pro model - we think it's time OnePlus starts including this basic feature into their phones.

Winner: Tie. The 7T feels more compact and easy to use with a flat screen but the 7T Pro looks more premium with an edge to edge display.