Judging by the recent influx of leaks, as well as at least a couple of suggested launch dates pointing to mid-April, the OnePlus 8 pair is fast approaching. Notable leakster, @OnLeaks clearly has the scoop on both phones and has been feeding us info piece by piece. After showing-off the OnePlus 8 Pro, now we get a very similar showcase of the vanilla OnePlus 8. Once again, we get to see it from every angle. 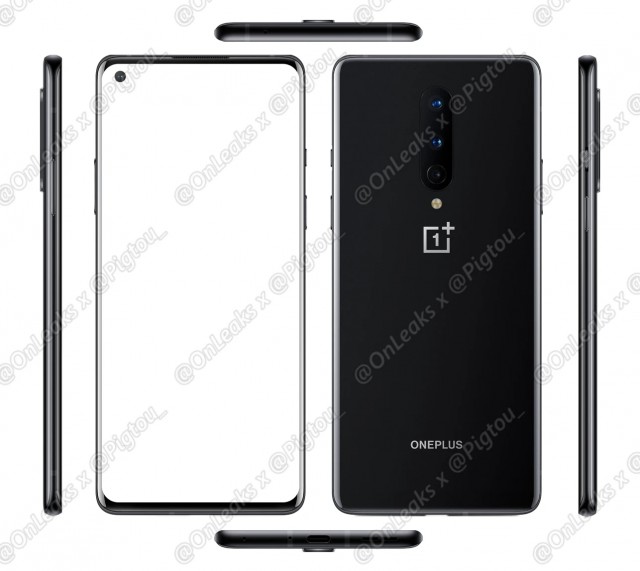 OnePlus 8 from all angles

Naturally, some specs, mostly aligning with previous leaks are also included. The vanilla OnePlus 8 should feature a 6.55-inch, FullHD+ Fluid AMOLED display, still working at 90Hz. Its bigger Plus sibling is expected to get a bump to 120Hz. The smaller brother is also expected to be one camera short, packing a 48MP, f/1.8 main snapper, 16MP ultrawide and a 2MP macro. It will pack a 16MP snapper on the front.

The regular OnePlus 8 is said to also get the flagship Snapdragon 865 chipset, along with 5G connectivity. Alleged memory tiers include 8GB RAM plus 128GB storage and 12GB RAM plus 256GB storage.

Battery capacity should be 4,300 mAh and there should be support for OnePlus’ 30W Warp Charge tech, for quick top-ups.

The source also claims that OnePlus will be skipping on an official ingress rating for the OnePlus 8. A fact that could start sticking-out more to potential buyers if the company continues its yearly trend of increasing the overall price of its handsets.

OnePlus has already kicked-off its Lab initiative for early testing of the OnePlus 8 pair of smartphones. This is a rather positive sign that the launch won’t be too delayed, despite some complication already arising, due to the ongoing COVID-19 crisis. Speaking of which, the OnePlus 8 Lite could feel their effects a bit harder and end-up pushed back a bit.

Such a small battery compared to the competition GL 🤑

I like OnePlus and using one personally but its gonna be a tough sell in this hyper competitive smartphone market if they simply updated the CPU and camera then call it a day.