OnePlus is gearing up to update its product lineup with its 8-series smartphones. We’ve seen plenty of leaks about the upcoming phones in the last months but the latest one comes from the brand’s own ambassador – Robert Downey Jr.

A new photo of the Hollywood actor shows him holding what appears to be the upcoming OnePlus 8 Pro while on the set of a shoot. We can clearly see the vertically aligned camera setup which matches the previously seen leaks but that’s about it. 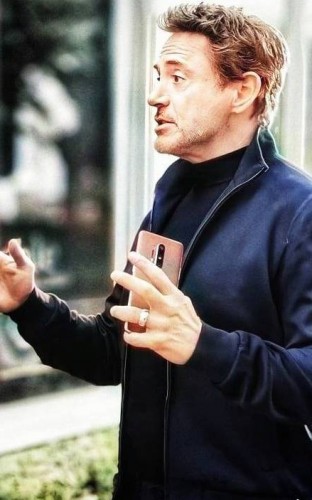 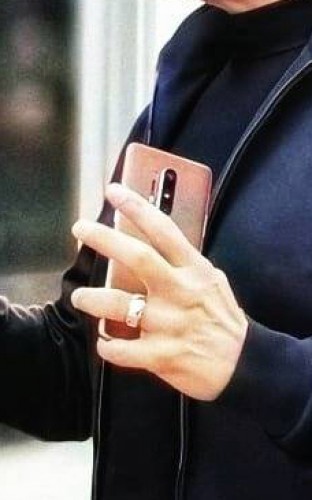 According to previous speculations, the OnePlus 8 series will consist of three phones with a Lite version making its way alongside the standard and Pro models. The higher tier versions are expected to arrive with the Snapdragon 865 chipset, new 120Hz refresh rate displays and 5G connectivity.

There’s also talk that we might finally see wireless charging on OnePlus’ new flagships but its just speculation at this point.

The OnePlus 8 series is expected to arrive on April 14 but we are bound to get more details about the phones before their official launch.

OnePlus 8 Pro poses for the camera

Not the best photoshop

Everything a phone can do beyond making phone calls is a gimmick. Having extra features on a phone is a gimmick. Internet connectivity is a gimmick. Some gimmicks just become more popular and common than others.

"OK Mr Downey, just hold it for a few seconds. You can use the hand sanitizer after. Hold your breath and think of the $ in your bank account."