With four cameras in tow

The OnePlus 8T has a quad-camera on its back with a rather familiar logic - there are primary, ultrawide, macro, and depth snappers. New to the 8T is the 2MP depth camera, while the other shooters are updated with brighter aperture (primary), wider lens (ultrawide), and a higher resolution sensor (macro). 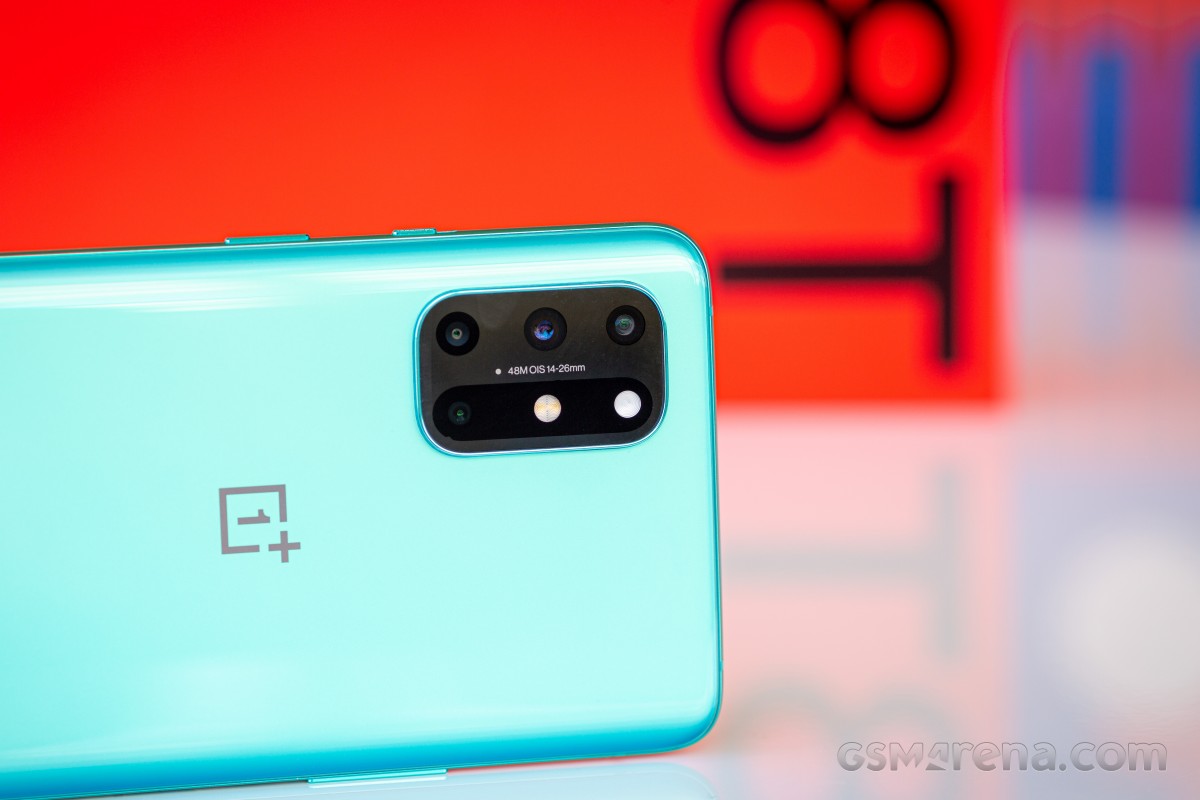 So, the OnePlus 8T features a 48MP primary shooter, a 16MP ultrawide camera, a 5MP macro snapper, and a 2MP depth sensor. Phase-detection autofocus and optical image stabilization are available on the primary camera, while the rest have neither. 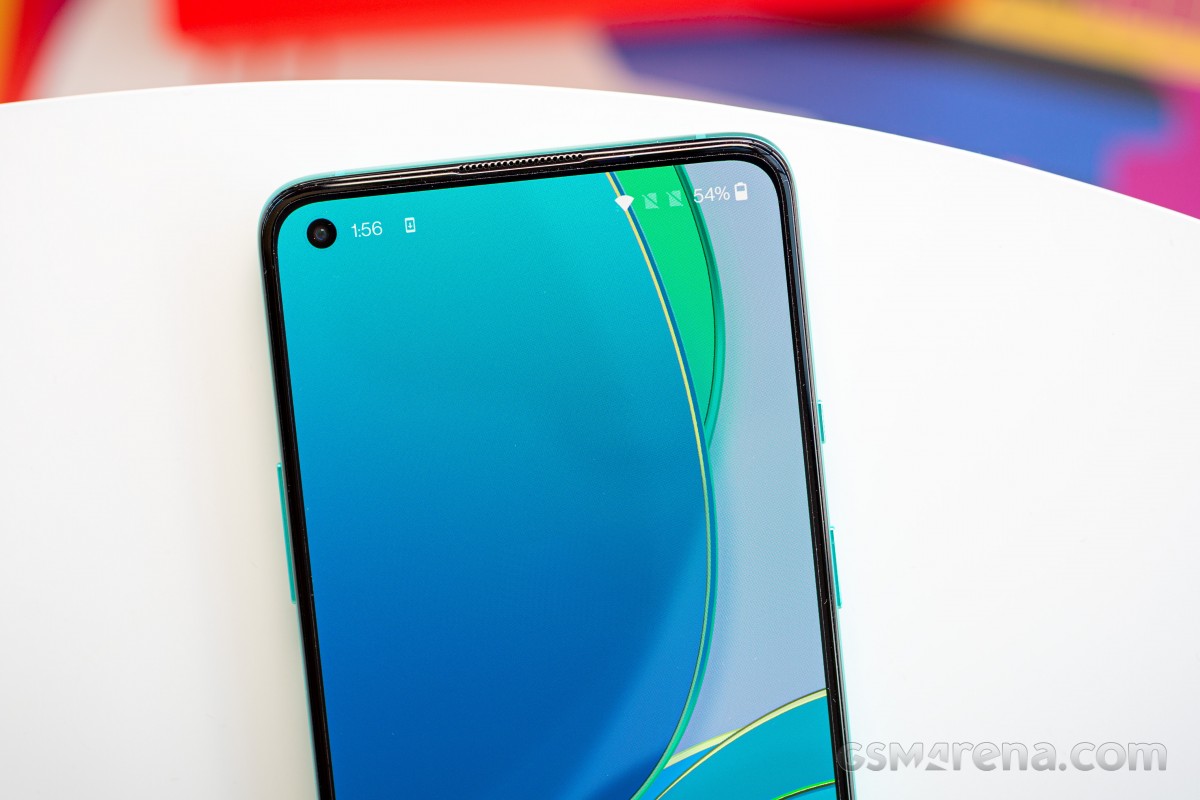 The camera app has seen a handful of upgrades in OxygenOS 11. You can now press and hold on the image gallery icon, and it will show a new carousel with share options for the last captured image or video.

In video mode, you now have the option to record portrait videos and videos with Nightscape. And the resolution settings are no longer hidden deep in the advanced settings but on a pop-up next to the shortcut for these advanced options. 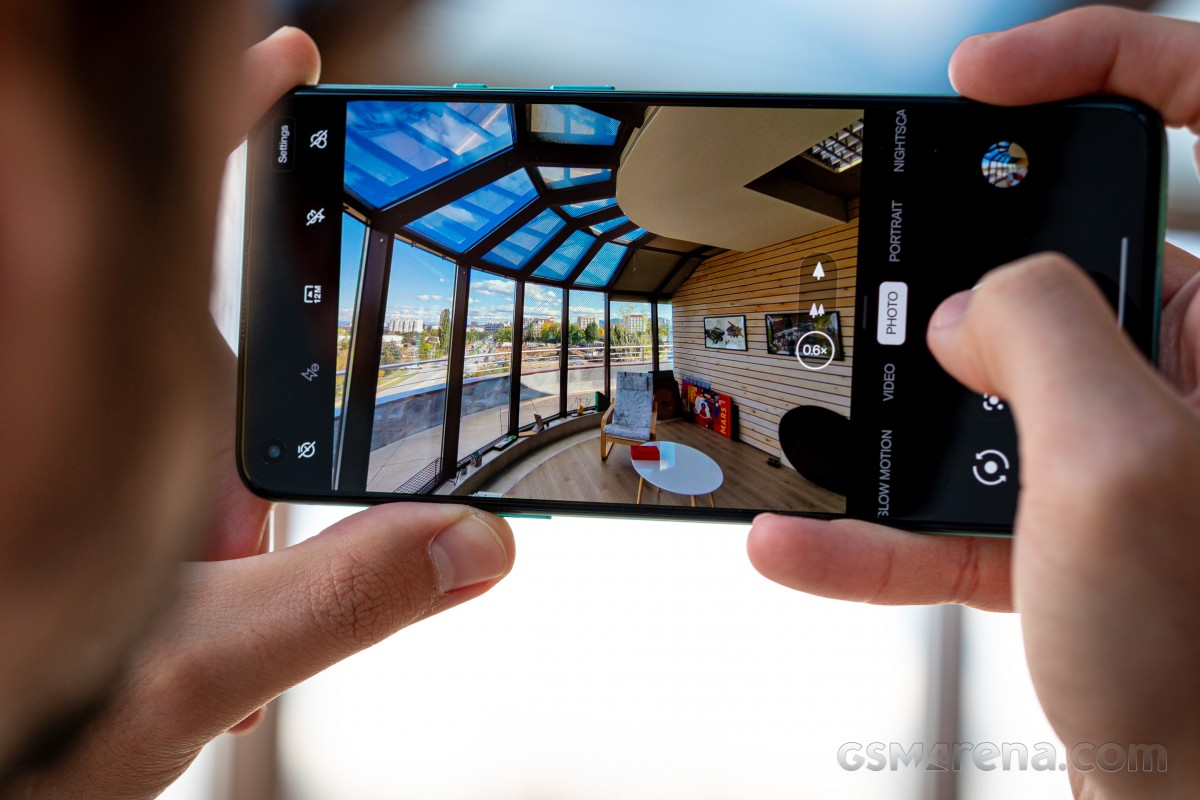 Aside from those additions, the app is largely the same.

The main camera saves 12MP by default, though 48MP mode is available, too. The default 12MP images are pretty good - with excellent contrast, punchy colors, and commendable dynamic range.

The resolved detail is enough, sure, but it could have been better - especially in areas of high complexity such as foliage, the walls on the castle (it's a kindergarten if you have ever wondered), and the large building blinds on the third photo.

The sharpness isn't ideal either. It seems both sharpness and some detail are lost to the OnePlus processing. We do prefer softer, natural looks instead of the aggressive sharpening many competitors are doing, though OnePlus could definitely tune its algorithms better.

As we mentioned, the colors are punchy, meaning they are often boosted - over-saturated, tuned towards warmer hues, or unnecessary bright - and not that accurate. The white balance is a hit and miss, too.

Don't get the wrong idea - the OnePlus 8T photos are quite pleasant. It's just that they are not perfect, and we have seen better from competitors.

But here is something that few, if any, of the OnePlus competitors do - lossless 2x digital zoom. It is done exactly how we've mentioned numerous times in previous reviews it should be done - by cropping the center of the (enhanced) high-res output. In the case of the 8T, that's the 12MP center of the (multi-stacked) 48MP output from the sensor.

Indeed, the camera seems to be doing a multi-stacked 48MP image and then crops the 12MP center from it. The photos are quite convincing - they are nicely detailed, even if noisy, and you can't tell right away that this is digital zooming, not even if you are pixel peeping.

The 2x shots also offer superb contrast and dynamic range, and just like the regular ones - they don't show great sharpness or color accuracy.

The 48MP photos have the same quality as the 2x zoomed ones - they are just not cropped. Downsizing such a photo to 12MP will yield more detail and sharpness, though, so it may be worth going that route if you need every tiny detail.

The 16MP ultrawide photos are softer than those coming from the main camera, and the noise levels are a bit higher. We do like them, though - they have okay detail and fit a lot in the frame, more than the OnePlus 8. The contrast and the dynamic are great, while the colors aren't as off as on the main camera.

There is automatic distortion correction, which does a brilliant job, but you can turn that off. The last photo was taken without the auto lens correction.

The main camera, with the help of the new 2MP depth sensor, can supposedly do even better portraits. The ones we took turned out quite pleasant, with more than enough detail and proficient subject separation. The colors are, well, not that accurate, but the contrast is pretty good.

The camera offers regular and 2x portraits. The 2x zoomed ones are softer, often noisier, and have an even worse color presentation (the last photo).

The OnePlus 8T has a 5MP macro camera with a fixed focus at a 3cm distance from the lens. The OnePlus 8 had a 2MP macro shooter of the same kind.

The 5MP macro pictures are okay, but you need to be really close to hit the sweet focus spot, and yet even if we were - only one of three photos were usable. The resolved detail is great, and the images are vibrant, but the colors are often off or washed out. This camera will do for flowers and bugs, but we'd still recommend using the main one and maybe cropping.

The 16MP selfies are excellent - they don't excel in detail, sure, but the contrast is great, and this time around - the colors stay mostly true to reality. The Auto HDR helps a lot when it is needed.

Portrait selfies are supported, and they are good enough. The subject separation isn't great, but it is better than many of the single-cam selfies we've tested in the mid-range. The rest - detail, contrast, colors, dynamic range - are on par with the regular selfies.

The 12MP low-light photos from the main camera are very likable. They are almost always multi-stacked, and their capturing takes a couple of seconds. Some fine detail is smeared during the stacking process, and the sharpness isn't great, but the exposure and the contrast are admirable, while the colors are always kept saturated, even if a bit overboard at times.

You can shoot 2x zoomed photos at night, of course, but the results are mixed. Depending on the available light, you will either get a slightly noisier 2x crop from the 48MP image or a digital zoom over the normal 12MP photo (the last sample).

It turns out that the OnePlus 8T does automatic Nightscape at numerous occasions and if you select Nightscape by yourself, you may and probably will get the same photos as if shot on the regular Photo mode. And the Nightscape mode itself is not that aggressive, it acts more like HDR. It restores some blown highlights, brightens the skies a bit, and may reveal more detail in the shadows.

The 16MP ultrawide photos are also multi-stacked, and the overly aggressive noise reduction smears a lot of the fine detail. The images are soft and sometimes blurry. Their colors are well preserved, though, and the contrast is great.

Nightscape works on the ultrawide camera, too, and just like with the main camera, it triggers automatically even when it was not selected. The Nightscape photos we took with the ultrawide camera are most of the time on par with the regular Photo mode output, though the chance for a blurry image is smaller and we recommend switching to Nightscape if you need an ultrawide shot at night.

If you are traveling with a tripod, you can also opt for long-exposure Nightscape, which can take up to 30 seconds. It works on both the main and the ultrawide snappers.

The long-exposure Nightscape photos are totally worth the hassle - they are very detailed and natural-looking, with balanced exposure, accurate colors, and striking contrast. They could bit a bit noisy, but nothing quality-altering.

You can also look at our photo compare tool and see how the 8T stands against some of its rivals. 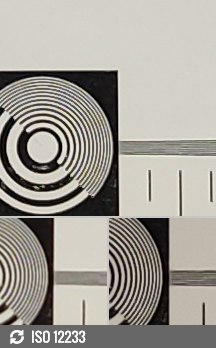 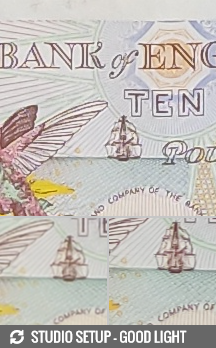 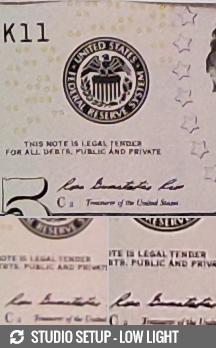 The OnePlus 8T can record video in 1080p and 4K on both the main and the ultra-wide cameras. The main camera can do 30fps and 60fps, while the ultra-wide can only do 30fps. You can also choose a more cinematic 21:9 crop for either frame rates or lenses when shooting in 4K. There is no option to record in 24fps, which would have been appropriate for the 21:9 mode.

You can choose to save the videos in H.264 or H.265. The latter offers smaller file sizes with similar image quality. Do note that not all devices can playback H.265 videos, especially at higher resolutions and frame rates, so you may want to stick to H.264 if you're going to move the files across different devices for playback.

The captured audio is stereo, but its bitrate - uninspiring 96kbps.

Starting with 4K 30fps videos from the main camera, the details are crushed in the shadows and are average elsewhere. The colors don't look particularly realistic, just like they didn't on the still images.

The dynamic range is average, too, but we can praise the contrast.

The 4K 60fps mode, as it often happens, trades resolution for frame rate. Even though the output resolution is 4K, the internal capture resolution looks more like 1080p. We are not sure if this is due to some limitations with the sensor or just OnePlus being conservative.

The ultra-wide camera also captured 4K clips with average detail, and they have a lower dynamic range than the ones from the main camera. Another thing we found is that the frame rate drops down to 24fps in busier scenes.

The colors are still unrealistic, and the contrast isn't as good as on the main camera.

These ultrawide videos are not bad, but not great either. They could do for social networks, but not much else.

There is always-on electronic stabilization available for all snappers and resolutions.

We shot two night videos - one regular (4K) and one Nightscape (works only at 1080p resolution).

The standard low-light video is okay - the noise is kept rather low, and the colors aren't that washed out.

The Nightscape video is shot in 1080p resolution, has a wider field of view, it is a bit brighter, and has a higher color saturation.

Finally, the OnePlus 8T also adds a new Video Portrait feature - it works on the primary camera only and is limited to 1080p resolution. This uses the digital background blur behind your subject while recording. The feature only works on human subjects and did reasonably well in our testing, provided the lighting conditions were right.

You can also look at our video compare tool and see how the 8T stands against some of its rivals. 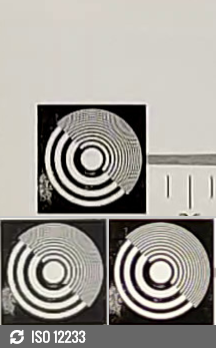 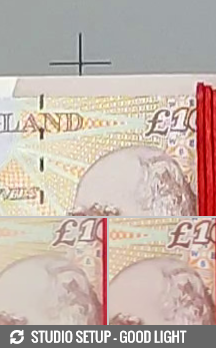 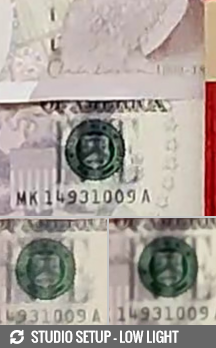 4K: OnePlus 8T vs OnePlus 8 and the Xiaomi Poco X3 NFC in our Video compare tool

He's upset and disappointed. The vitriol is justified. Maybe he/she bought the phone thinking it is good only to be faced with myriad of issues.

Easy Tiger why the vitrol no one forced u to buy the phone.