The OnePlus 8T features several design changes over its predecessors, some of which can be seen as an upgrade while others feel more like a downgrade.

The first thing you notice about the OnePlus 8T is that the display is no longer curved. The OnePlus 8 had a very subtle curvature to its screen, which wasn't as bothersome as some of the other curved displays on the market (such as the one on the OnePlus 8 Pro) that pose issues like image distortion and accidental touches. 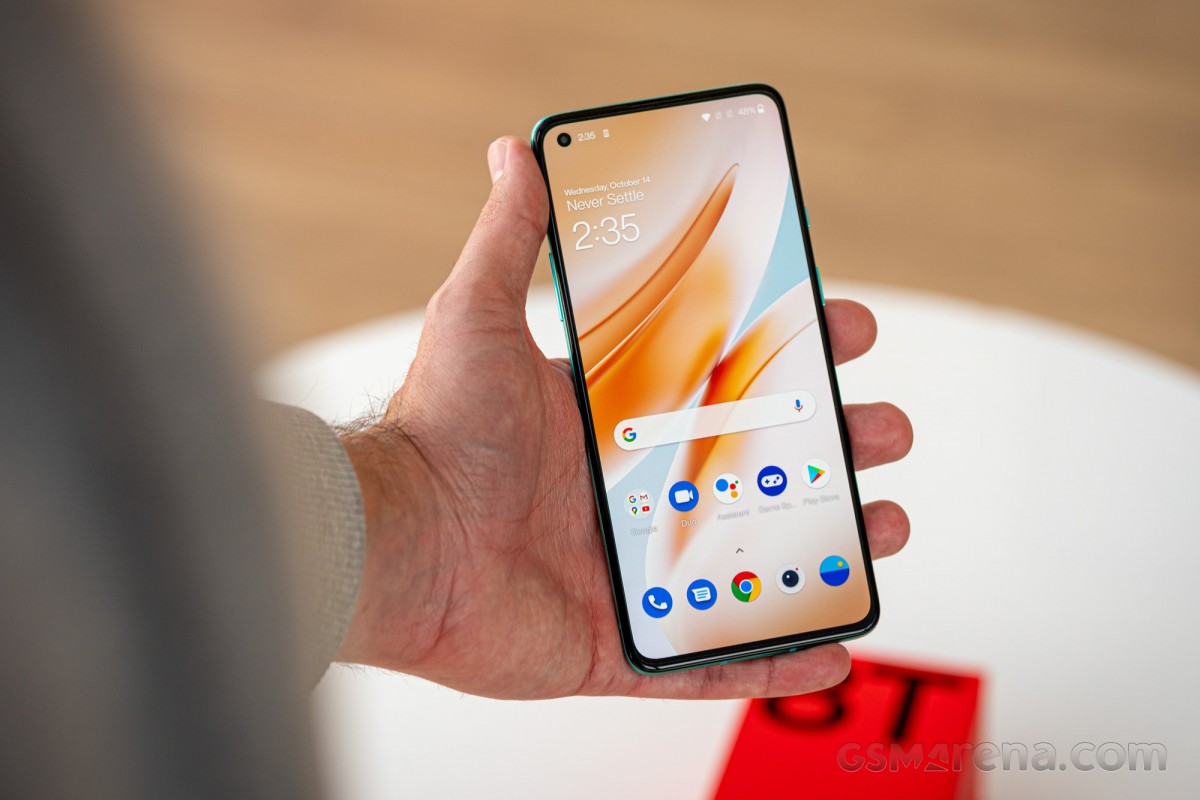 Going around the sides, you will notice there is now a different radius to the curvature. The OnePlus 8 had a very small radius for the side curvature, which made the edges aggressively curved, causing the aluminum frame to jut out slightly. This gave the feeling that you were holding the phone just by the frame alone, which made the phone feel a lot thinner than it was. 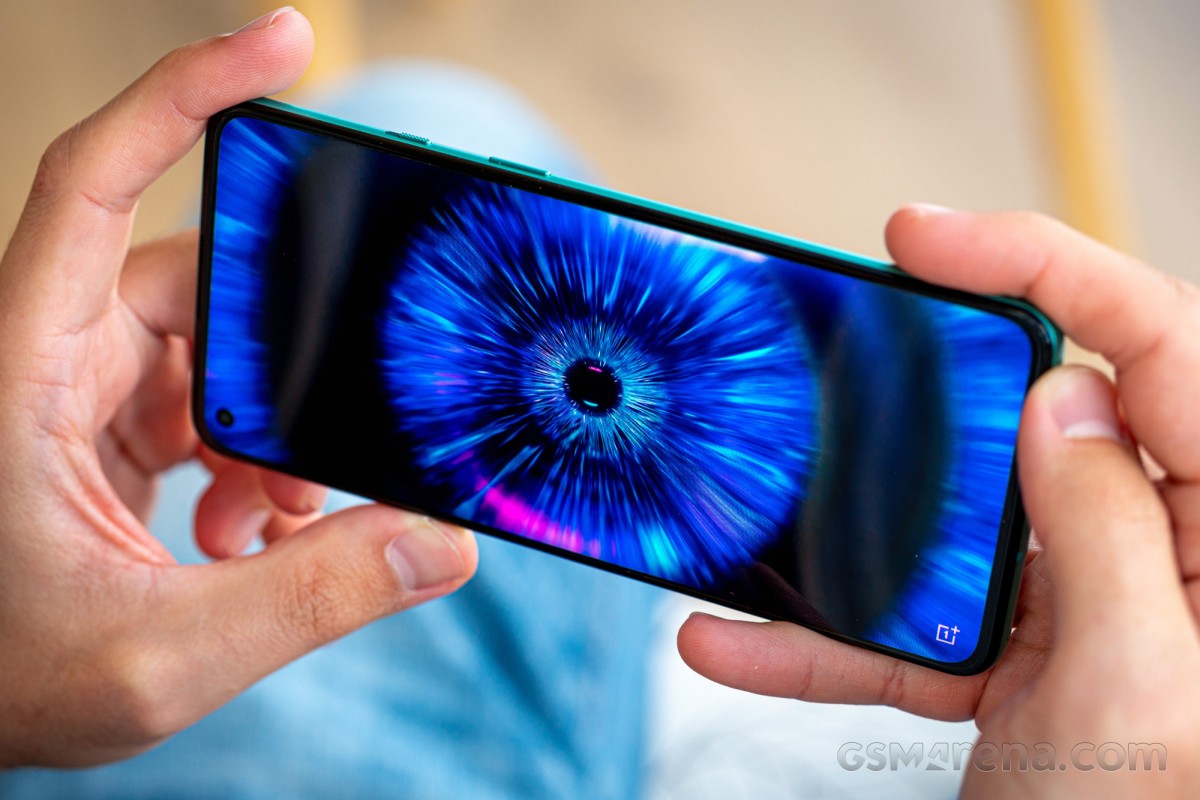 The OnePlus 8T, however, has a much larger radius for its side curvature. You feel more of the back glass as it curves towards the metal frame in a larger sweep. This causes the OnePlus 8T to feel much more substantial and thicker in hand, even though the phone is only 0.4mm thicker than the OnePlus 8.

Other than that, the sides are unremarkable. You have the same control positioning as usual for OnePlus phones, with the power and alert slider on the right and volume buttons on the left. The power button is delightfully tactile and the alert slider has an incredibly satisfying movement with precise, audible clicks at every stop. The volume buttons aren't as enjoyable to use; they are less raised than the power button and a bit too thin. We would have also preferred them to be on the same side as the power key to avoid accidental screenshots, which are extremely common on OnePlus phones. 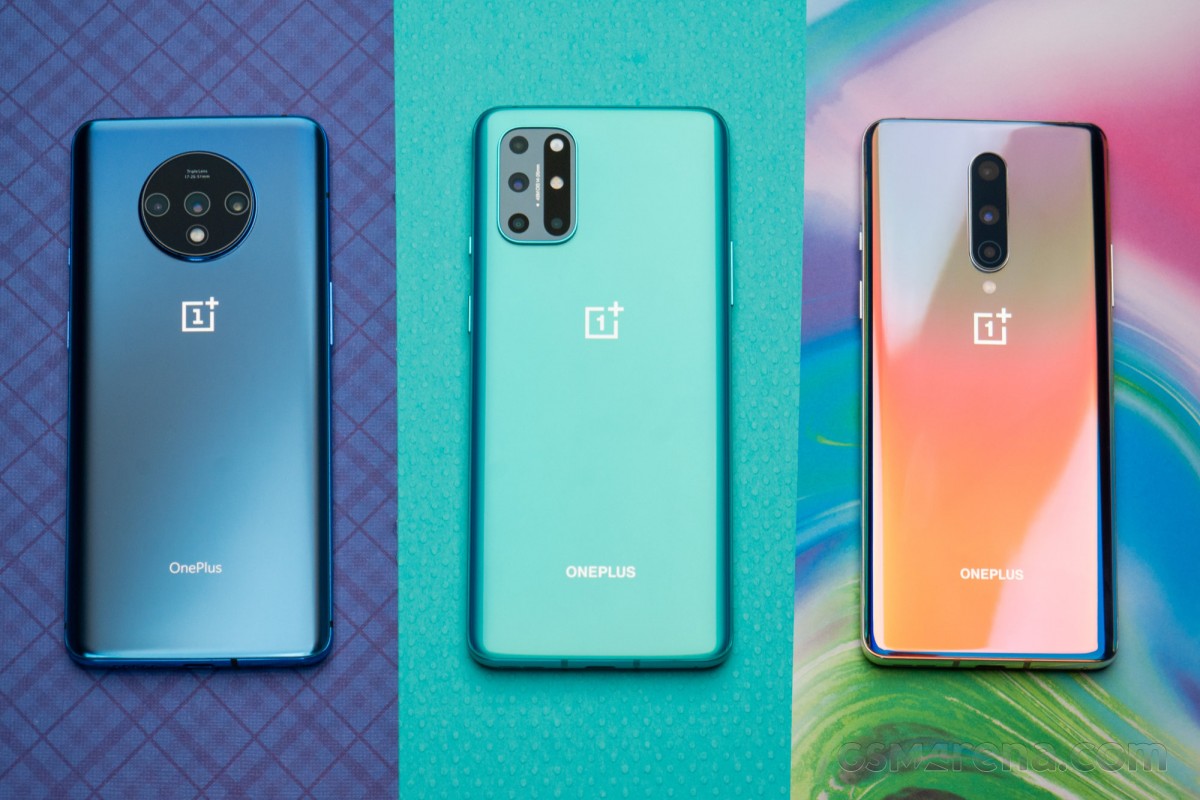 The back is where you will notice the biggest change. The OnePlus 8T takes a break from the pill-shaped OnePlus camera design (and the strange one-off circular camera of the 7T) and goes for the 'rectangle in the corner' approach that everyone is doing these days. The good thing is that OnePlus' camera bump isn't ridiculously tall so it doesn't stick out much from the back of the phone. This means the phone is still relatively stable on a desk. All the camera lenses are covered by the same glass, however, so if you break it somehow, it will affect all the cameras on the phone.

The OnePlus 8T comes in two colors, Aquamarine Green and Lunar Silver. The Lunar Silver model has a matte finish surface with a frosted glass appearance. We didn't have any hands-on time with this version.

Our review unit came in the Aquamarine Green color, which is quite stunning. The color shifts from a warm fern green to a cool cyan just by adjusting the angle of the light and it's such a drastic difference they look like two different color options. Unfortunately, this is something you have to see in person as the camera only tends to capture the phone looking mostly blue. 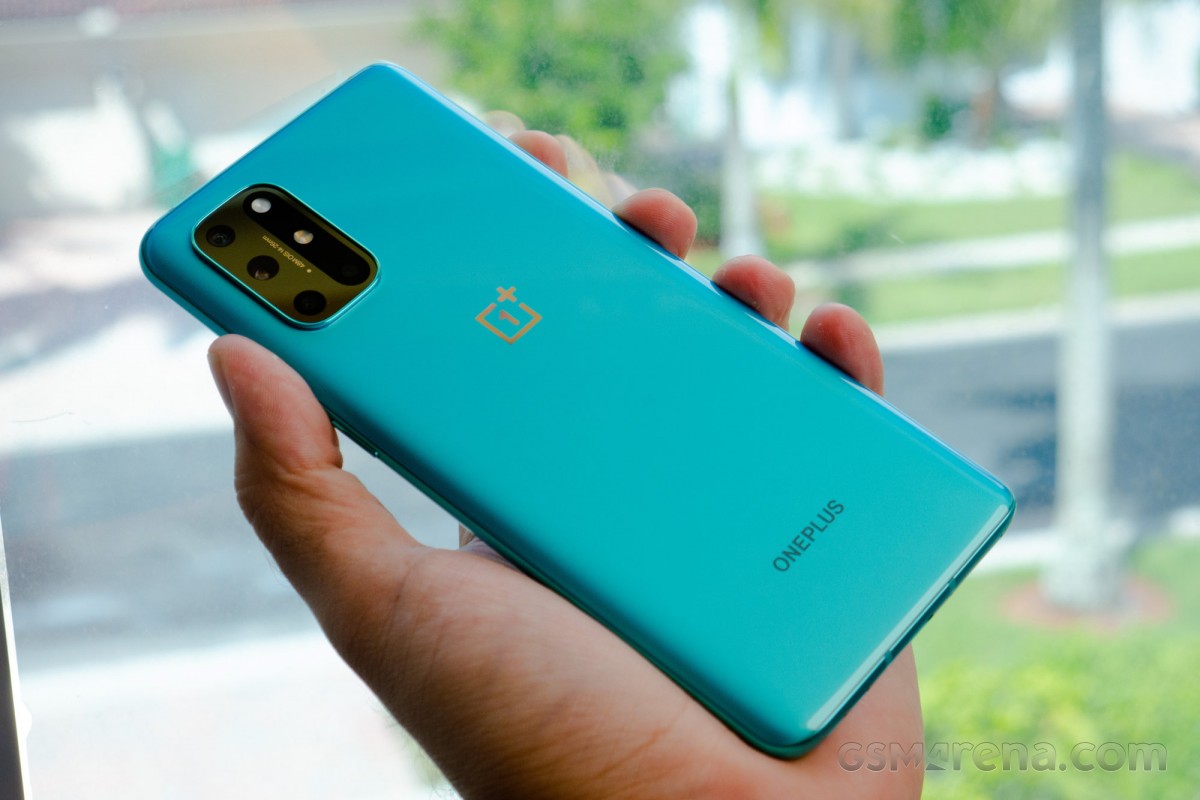 The Aquamarine Green color also has a glossy finish. OnePlus says that it has designed the glass to attract significantly fewer fingerprints. We don't quite agree with that as we still saw quite a lot of fingerprints on our review unit but they were still easy enough to clean.

The OnePlus 8 also feels denser, like every square millimeter of internal space was utilized. The OnePlus 8T feels a bit hollow when you tap on the back. We asked OnePlus about the increased thickness and they said it is due to various factors, including a larger battery, bigger heat sinks, and the new display with its controller bent underneath it. 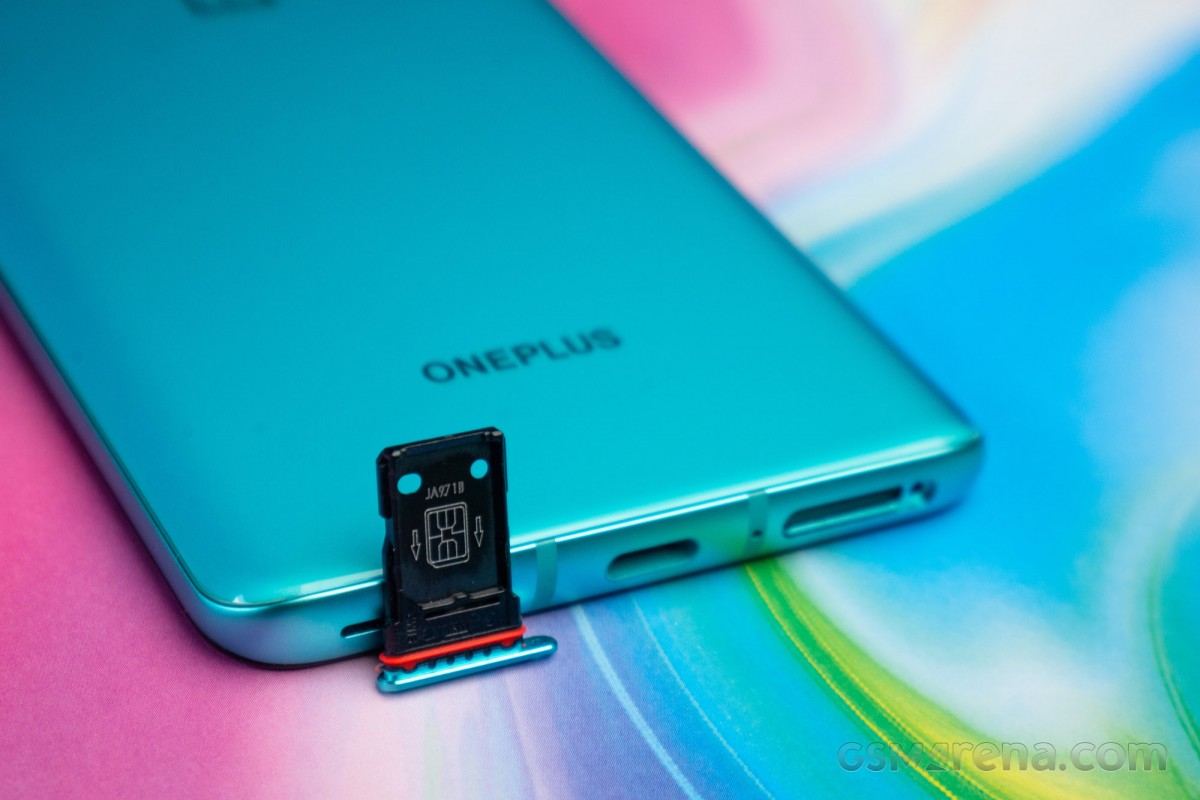 One thing that hasn't changed from OnePlus 8 is the lack of any dust and water-resistance certification. This doesn't imply that the OnePlus 8T doesn't have any protection; OnePlus usually has some level of protection in place that should prevent damage if you were to drop the phone in water. But because the device hasn't been certified you don't have the assurance and peace of mind. Of course, if you aren't the sort of person who constantly uses their phone around pools of water then this probably doesn't matter much to you but at this price point, we do expect manufacturers to provide this feature.

Overall, the OnePlus 8T is still a relatively well-designed and well-built smartphone. We like the new flat display, the tactile physical switches, and the new Aquamarine Color. However, the OnePlus 8T is also thicker and bulkier than its predecessor with a somewhat generic feel and still has no dust and water-resistance certification.

I have been a regular one plus user with regular updates from 3 to 8. OnePlus 8 has been most disappointing purchase till date.No of issues 1. On screen fingerprint sensor does not work for most fingers. Behind screen physical sensor had no issues ...

So you wanna replace SD865, a high-end chip, with a upper mid-range chip?