The OnePlus 9 RT is reportedly arriving on October 15, and leaksters claimed it will have a Snapdragon 870 chipset. This rumor appears to be wrong, as an upcoming OnePlus smartphone, likely the 9 RT, appeared on Geekbench with a Snapdragon 888 chipset and 12 GB RAM. 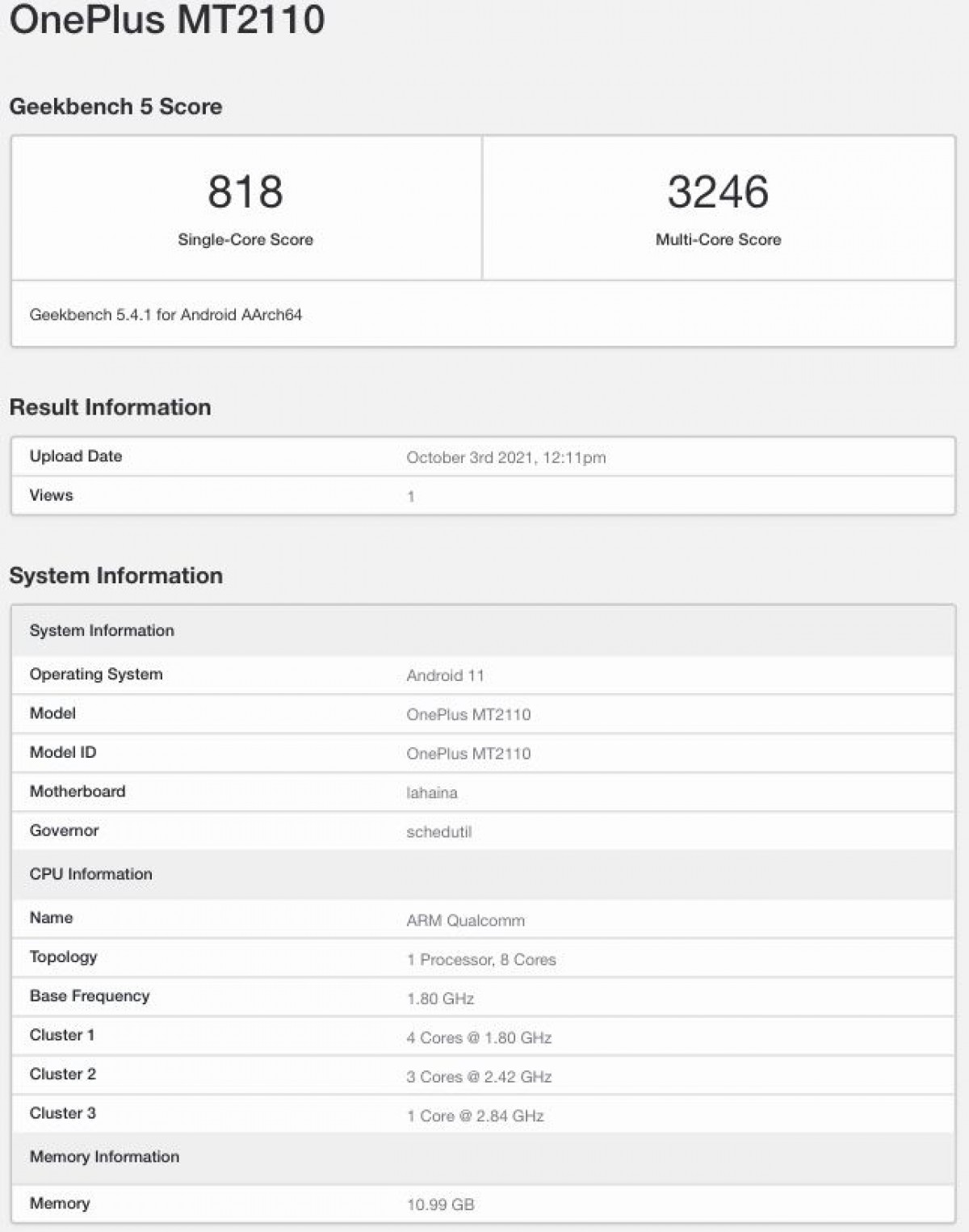 We are confident this is indeed the 2021 flagship chipset, since it is codenamed “lahaina”, while the Snapdragon 870 runs by the name “kona”. Performance-wise, the numbers for a single core and multiple cores are also closer to the Snapdragon 888, which would make the OnePlus 9 RT just a slight update over the OnePlus 9R.

The company decided to sit back the 9T/9T Pro flagship for 2021, likely due to the chip shortage in the industry.

The 9 RT will get a 50MP camera with Sony IMX766 sensor, the same one used in the two OnePlus 9 flagships and the Oppo Find X3 series.

ColorOS 12 public beta arrives, OnePlus 9 phones first in line to get it

India gets all the good stuff, that too in very affordable prices, meanwhile in Pakistan there are extremely high taxes on smartphones... a smartphones that costs PKR 80,000 in India, costs atleast PKR 125,000 in Pakistan.

This is not fair with Oneplus 9 buyers , they can't offer 888 with price lesser than already launched oneplus 9 and 9 pro

Agreed that too with no changes! I mean just primary sensory change and 870 to 888 for overheating and OnePlus had already disabled Performance cores without telling its users!