After the backlash OnePlus received due to the removal of the always-on display feature on its OnePlus 6, the company has said that it will be bringing it back with Android P beta, sort of. 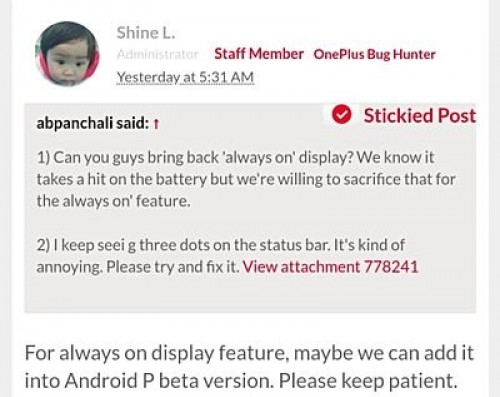 As you can see, the OnePlus employee didn't say that the feature will be included in the next major update for sure. Probably the company will be carrying out some tests in the Android P beta and then optimize it for less battery drain once the full release comes out. 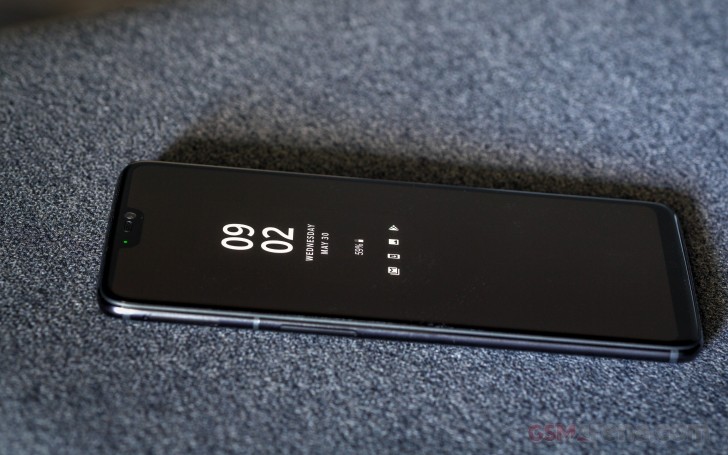 In the meantime, the developers' team is working on another short-term OS update to squash some officially confirmed bugs. Here's the list:

OnePlus 6 torn down to inspect its water protection

OxygenOS 5.1.2 update for OnePlus 5 and 5T brings May security patch

Most useless feature, wasting battery for nothing, it's like you can't press a button or tap on a screen when you need to check time, come one!

I think they keep dots, but there is a bug and sometimes you have dots next to wifi icon even if there is no other icons :P