Floods, hurricanes, fires, the pandemic... Even if it looks like it's Ragnarök out there, it's not yet. But something with northern vibes is coming, and that's the OnePlus Nord 2. The sequel has one crystal-clear goal - to be the next flagship killer as part of the company's 'Never Settle' innovations. Let's meet the OnePlus Nord 2 5G.

OnePlus already has a proper flagship lineup with the number series, and they are all alright. But Series 9 also have flagship prices. This is where the Nords and Nord 2 specifically come - to offer flagship features at a mid-range price and reclaim the lost 'flagship killer' title.

The OnePlus Nord 2 5G brings a few improvements over the first Nord - faster hardware thanks to the new Dimensity 1200 chipset, a better main camera with a new Sony IMX766 sensor, dual speakers, and a larger 4,500mAh battery with faster 65W Warp Charge support. 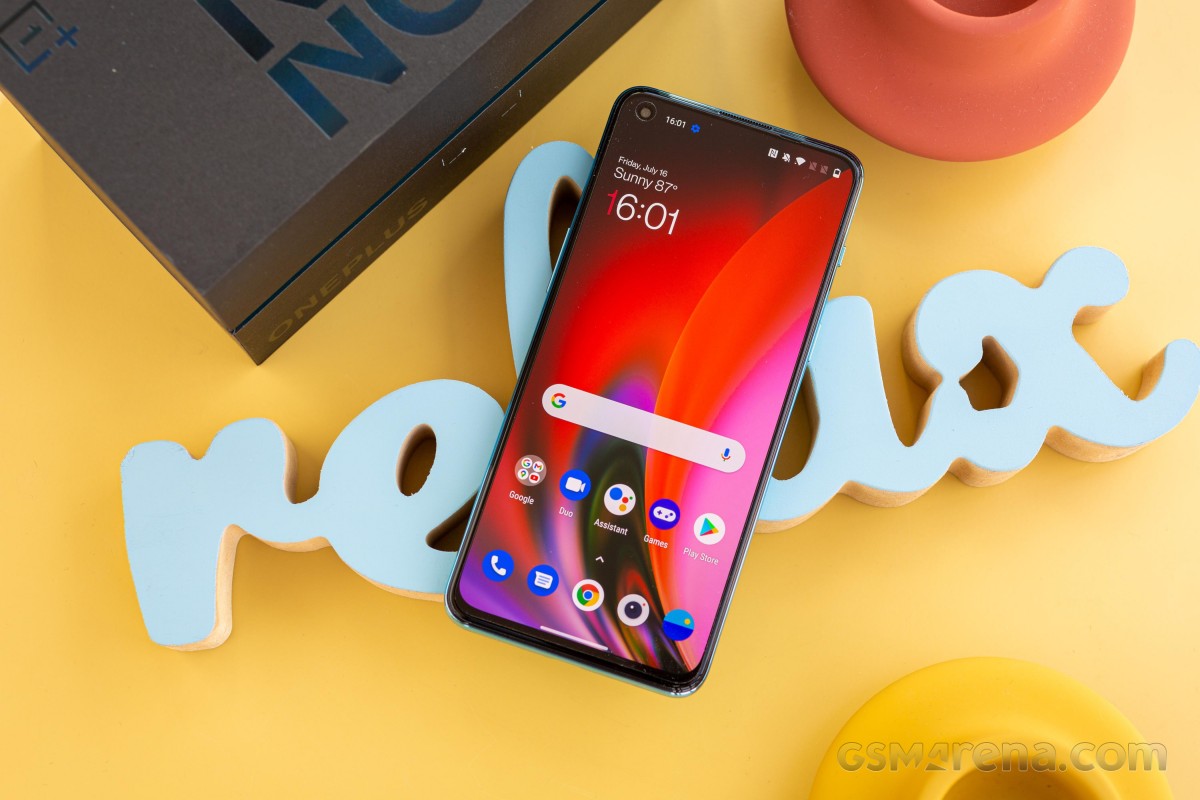 The OnePlus Nord 2 5G is offered in new cool finishes - you can choose between matte, leather-like or glossy for its rear Gorilla Glass 5 panel.

It's not all new, though. The new Nord seems to be borrowing the original Nord's Fluid AMOLED screen, but thankfully it has just one selfie camera, and the eyesore of a notch is now just a tiny punch-hole. The snapper inside the hole is identical with the OG Nord's primary selfie - a 32MP f/2.5 cam.

OnePlus Nord 2 is the first smartphone to run on the Oxygen OS 11.3. While it doesn't seem like a significant update and it's still Android 11-based, it is the first firmware with unified ColorOS and OxygenOS code after the Oppo and OnePlus merger. This will make it easier distributing new features on both Oppo and OnePlus phones. Let's hope it's for the better in the long run.

Let's scroll through some specs now.

We were a bit disappointed that the only new screen update is the reduced cutout size. But we'd always choose a single front camera and a smaller notch over a barely useful ultrawide selfie and a horrendous pill-shaped hole.

One more thing, while the Nord 2 doesn't feature any sort of ingress protection. Officially that is. But it is splash-proofed unofficially, evident by the rubber gaskets. Long story short - it will survive out in the rain. Probably, no promises.

The Nord 2 box looks brilliant, and it's screaming a killer phone inside. And you are in for a treat - inside, you'll find a 65W charger, a proper 6.5A-rated USB-A-to-C cable and a soft transparent case.

If you live in France, you will also get a pair of wired headphones because that's how things work in France (it's the law). 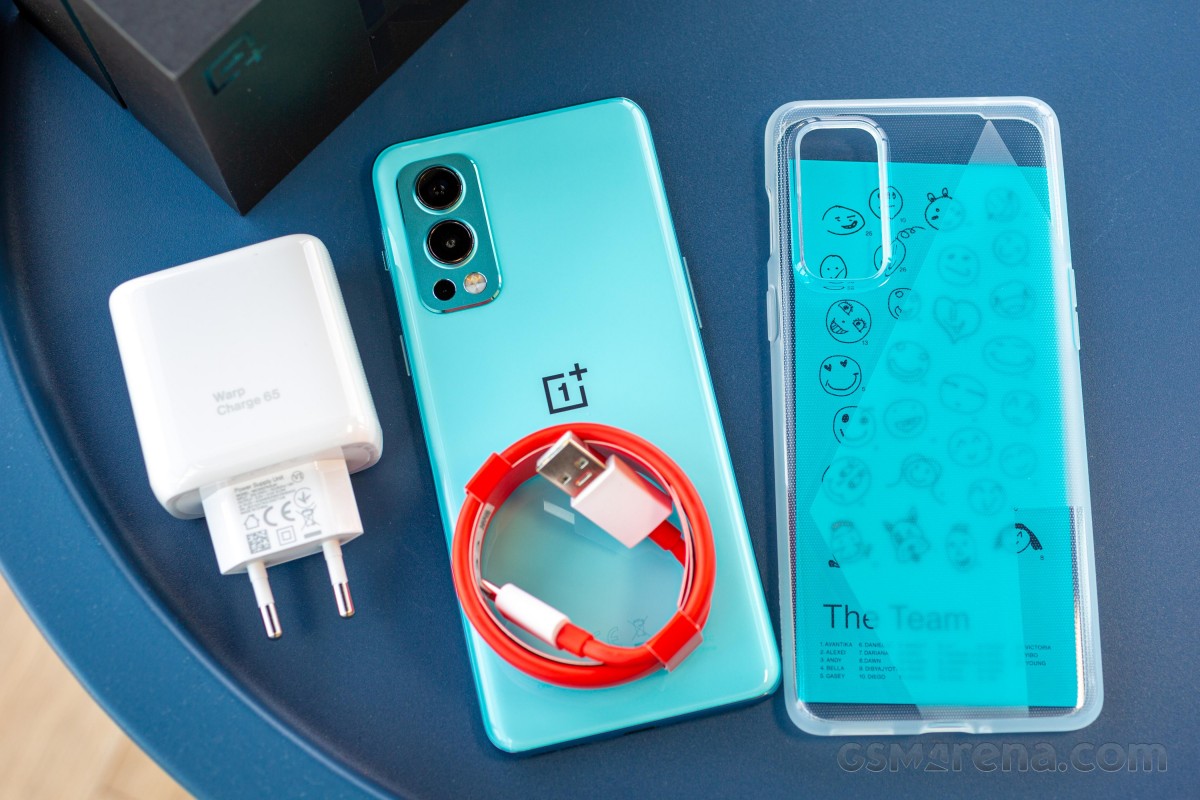 The phone also comes with a pre-applied screen protector, but we are not sure protector is the right word. It's more like a cheap film to keep scratches away but gets extremely smudgy and, worse, it's hard to clean. We peeled that off immediately. 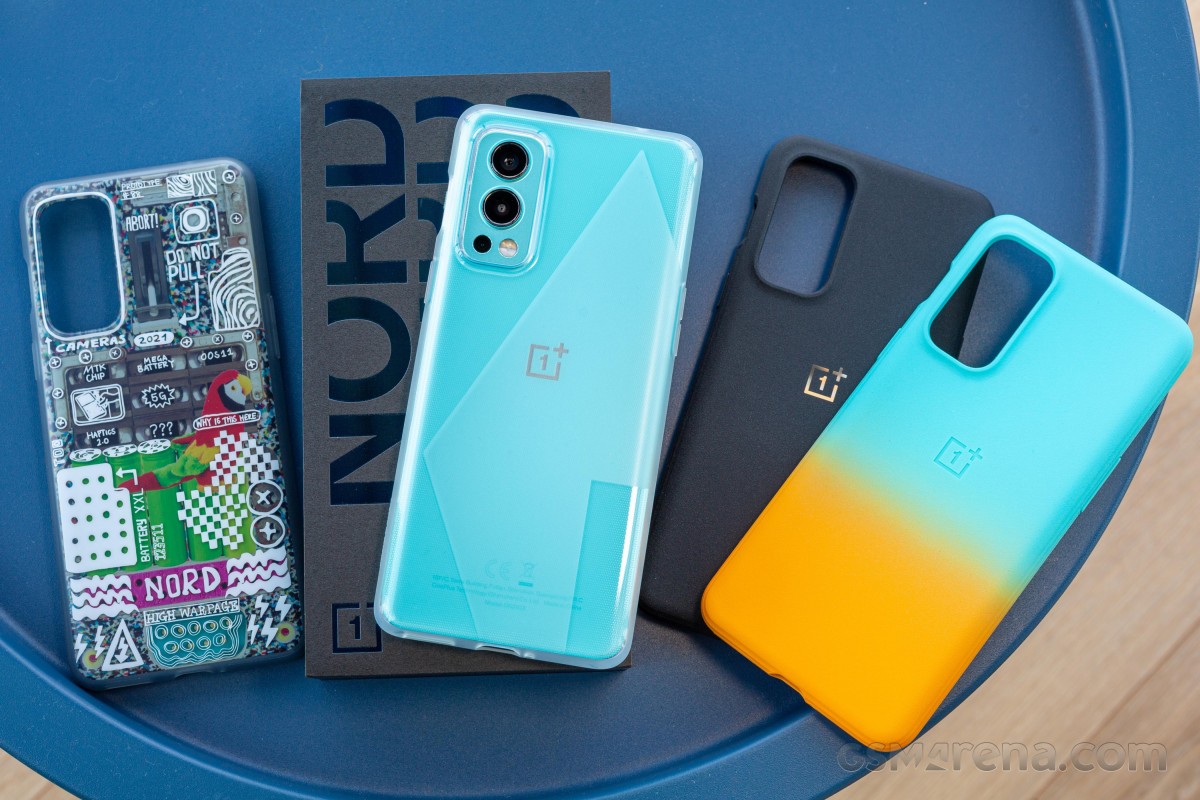 OnePlus is selling a bunch of unique Nord 2 cases, and we loved them all. In fact, we had a hard time picking a favorite, meaning it's a job well done.

**Problems with one plus nord 2** These are few of what we are going through, -Videos dont work often(be it hotstar, netflix or amazon prime nothing works until restart) -Apps crash often. -Selfie camera is pathetic (gives yellow shade all th...

My experience with nord 2 is very good especially the charging facility which takes around 35 to 40 min from 0 to 100 percent i can say its the best phone from one plus first time i have buyed this one plus phone and i am fully satisfied with one plu...

Yup 2 of these exploded in our motherland india