The Nord packaging is a departure from what we are used to seeing from OnePlus. While the company had white boxes for years before moving on to red boxes in 2019, the Nord comes in an all-black box with the series signature light blue accents. 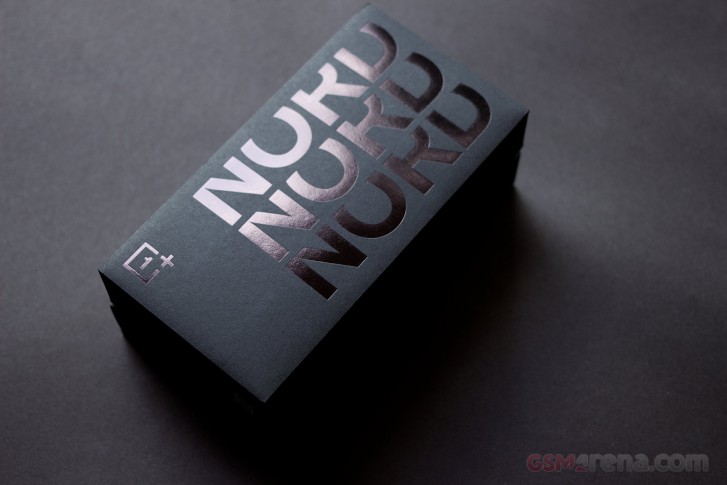 Aside from the color scheme, the rest of the packaging is quite similar to other OnePlus phones. You get a semi-clear soft case, a charger, and the cable. We feel OnePlus missed a trick here by not including matching blue and black accessories - similar to the custom packaging of the McLaren Editions - but the additional cost of that would have inflated the phone's pricing. The McLaren Editions got away with it because they were quite expensive to begin with. 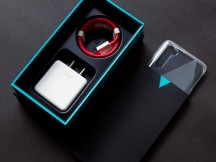 The silicone case provided in the box is, as always, a welcome addition. It fits the phone perfectly and provides sufficient protection. We are glad that OnePlus did not plaster its name in big bold letters this time around as it did for the OnePlus 8 series cases. 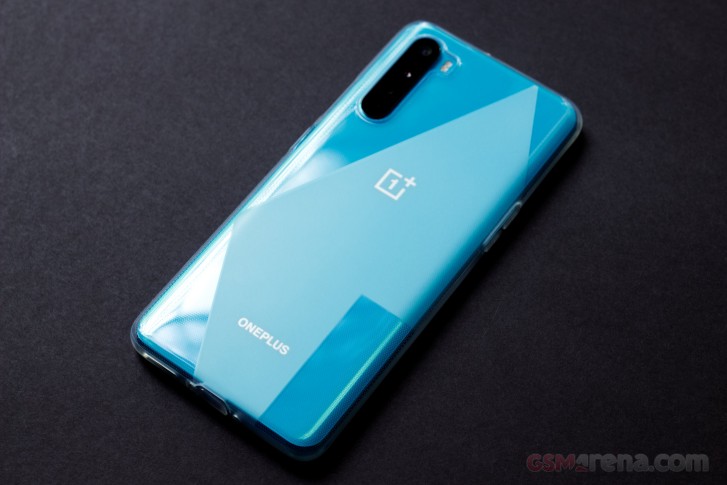 At the same time, the case still has a large portion of it covered up by a translucent pattern that, at the risk of sounding ignorant, we don't recognize nor particularly like. We are also not a fan of the USB flap, that constantly gets in the way when you are trying to plug in a charger.

If you want to step up your official case game, OnePlus also has several additional options. Among the standard ones are the two Sandstone cases. The first is in a striking shade of Nord Blue that compliments the phone well and makes you feel less bad about covering up such a good-looking phone. It is, however, quite slippery as the texture on the back offers very little grip. The black-colored Sandstone case looks identical apart from the color and is the less exciting option. Strangely, though, it had a much better grip even though the texture felt similar to touch.

The last one is the clear bumper case. This one is a bit odd as it's quite similar to the case that comes with the phone. It's stiffer but not inflexible. Apart from that, it's just a plain old clear case. If you think the bundled silicone case is not clear enough then this could be ideal. No annoying USB flap, either.

The OnePlus Nord is an attractive phone. The most striking thing about our particular unit is the color, which OnePlus calls Blue Marble. It's the perfect shade of cyan that we have longed to see on phones again since the days when Nokia dominated the market. 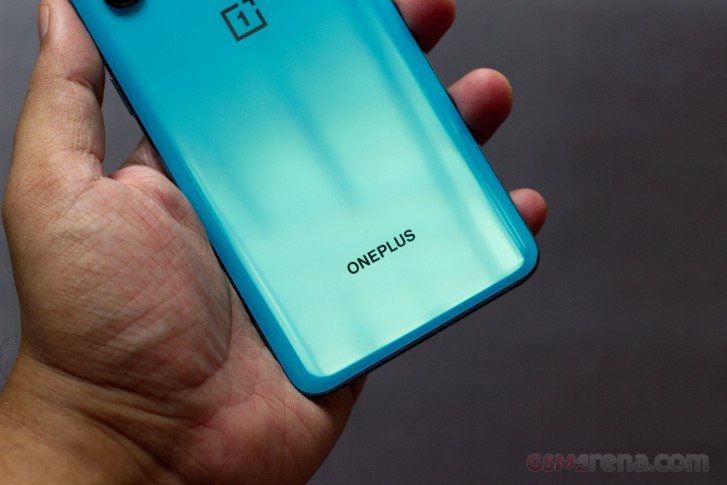 The only thing that this particular reviewer isn't fond of is the iridescent sheen to the glass. The back of the phone reflects light in a colored pattern that distracts from the beautiful shade of blue that we have here and doesn't work very well together. Just the blue without any fancy color patterns would have been ideal.

The camera cluster on the back is now arranged on the left side, much as has become tradition lately. It's also a sizable bump, so the phone never quite rests flat on a hard surface. 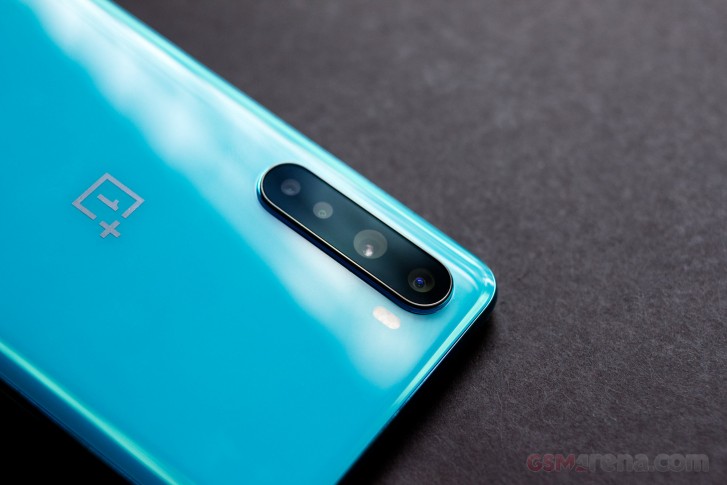 The frame of the phone is made out of plastic and has been painted in a shiny chrome finish with a matching shade of blue. It looks quite nice and feels quite convincingly like metal. 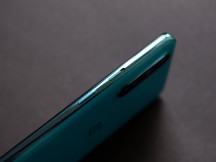 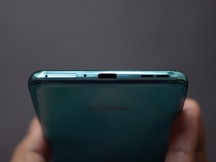 The front of the phone will likely be controversial for some people. OnePlus has adopted not just the hole-punch design but a pill-shaped cutout for the dual front cameras making their debut on a OnePlus phone. OnePlus hides this cleverly with all the new stock wallpaper that the phone comes with but there's no hiding it outside the homescreen. We don't mind it personally from an aesthetic perspective but the two cameras do take up valuable space on the status bar, which now looks cramped and busy. 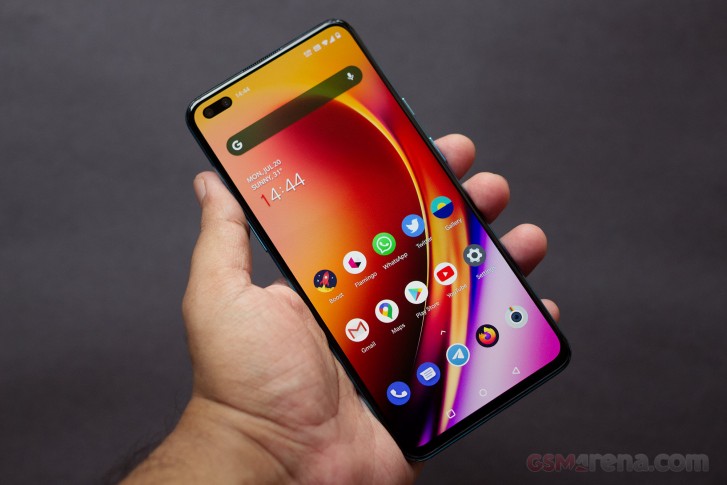 Some of you may have already noticed the similarities to the Realme X50 Pro design. Indeed, even the dimensions of the two phones and the display specs are quite similar. Is the Nord just a reskinned X50 Pro? OnePlus would probably deny that but it's quite possible the sister companies shared some of the R&D load and the Nord is even manufactured in Oppo's manufacturing facility in India. 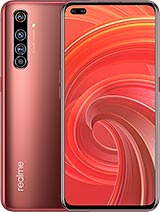 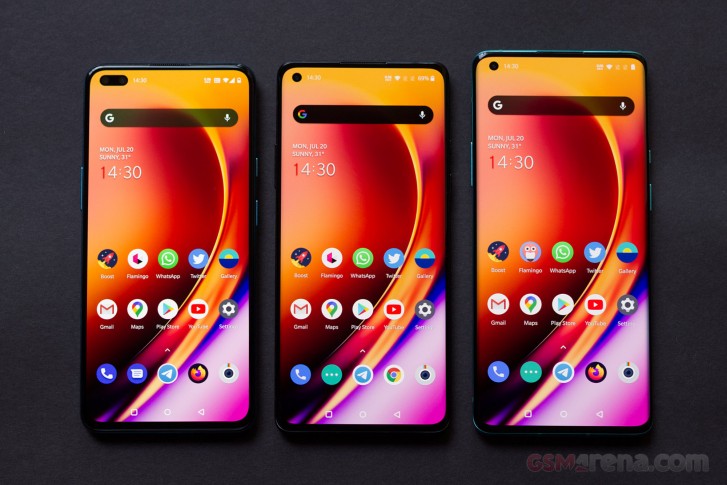 The Nord is quite nicely built in its own right. The curvature of the sides and the finish make for a delightful user experience and the weight feels more reassuring than burdensome. A premium look and feel is something we have come to expect from OnePlus now and it's good to see the Nord delivers it in spades.

Unfortunately, the Nord has no official IP rating for dust and water-resistance. That's not shocking since most phones in this segment are like that. Plus the company promises it can withstand the occasional splash even though it will not commit to fixing the phone if things end up bad.

That aside, the Nord is a well-built, well-designed smartphone with a premium look and feel that stays true to the company's generally high standards.

OnePlus Nord Issue List & Deficiency list. 24 total issues . Think before you buy OnePlus Nord.. Issues list: 1. During phone call screen get locked and you have to unlock again to do anything like disconnect call. 2. After every c...

I can't understand why you're calling it terrible When the prices go down velvet would be a affordable midrange phone with premium look Also you didn't tried gcam on your v30 anyway. The stock camera app is terrible it adds lots of...

If my LG V30 has a garbage selfie camera I can only imagine how terrible your G6 one is. And of course I'm going to complain about the price. Nobody wants to wait a few months for an already terrible phone just to buy it used.