The N10 5G's design is, to be honest, uninspiring. At first glance, you might mistake it for the Samsung Galaxy A51 with its rectangular, quad-camera setup. Although the back panel and frame are both made of plastic, they convincingly look like glass and metal. That impression quickly goes out through the window once you pick up the phone and feel the materials.

In the hand, the phone feels light and a bit hollow, but not enough to say it's flimsy. Given the offset that the lower bezel gives, the phone itself is slightly bottom-heavy, so it shouldn't feel like it's about to tip out of your hand. The shiny plastic does make this a very slippery device if you decide to use it without a case. 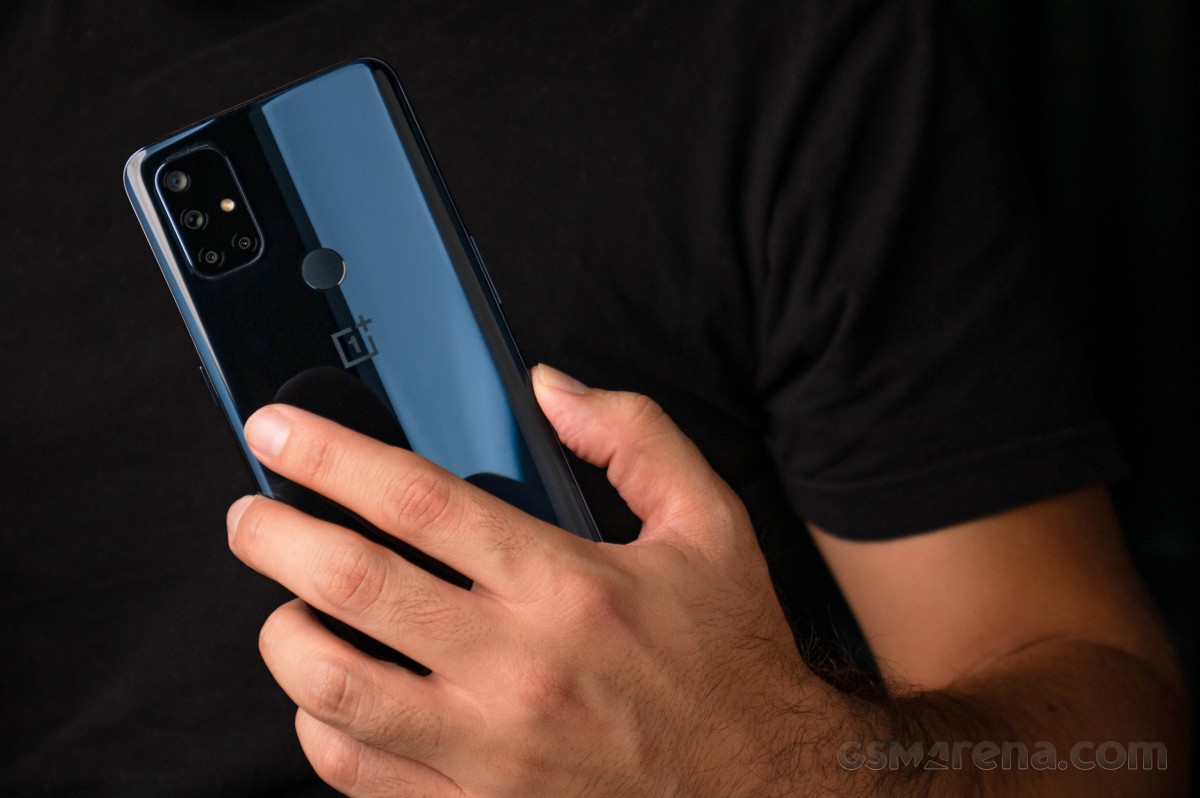 The back panel is iridescent, and while this isn't an original design choice, it's executed well and really sells the premium look of this otherwise plastic phone. The 1+ logo and branding are printed under the surface, so they won't rub off.

The fingerprint scanner is right in the middle of the back and easy to find by feel.

The camera bump does protrude a bit, though not as much as some of this year's Samsung Galaxy flagships - it's prone to some light rocking when placed on a table. 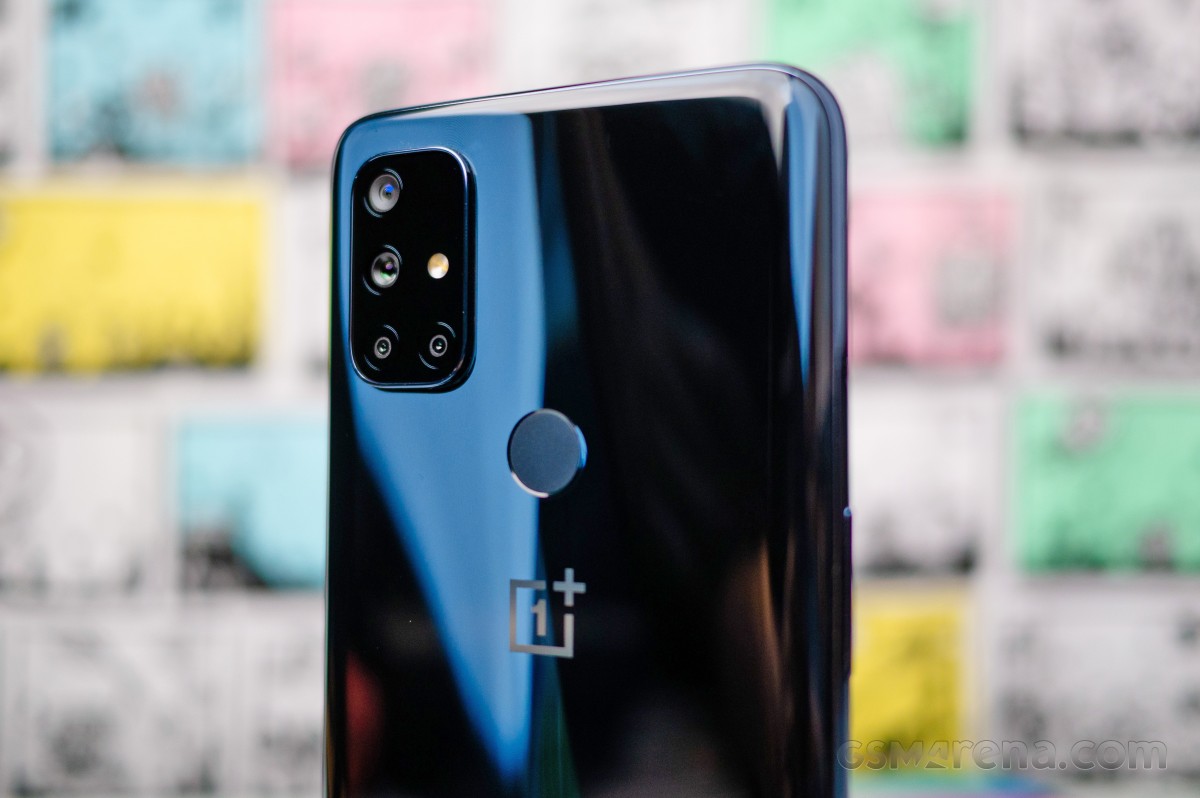 There are no visible antenna lines around the frame, so it seamlessly wraps all the way around the phone. One complaint we have is the frame is rounded and somewhat narrow along the sides due to the curved backside and the buffer layer between the frame and display. If the frame were a bit more flattened or thicker, perhaps it would be more comfortable to hold during extended periods of use. This, of course, assuming it won't live in a case. 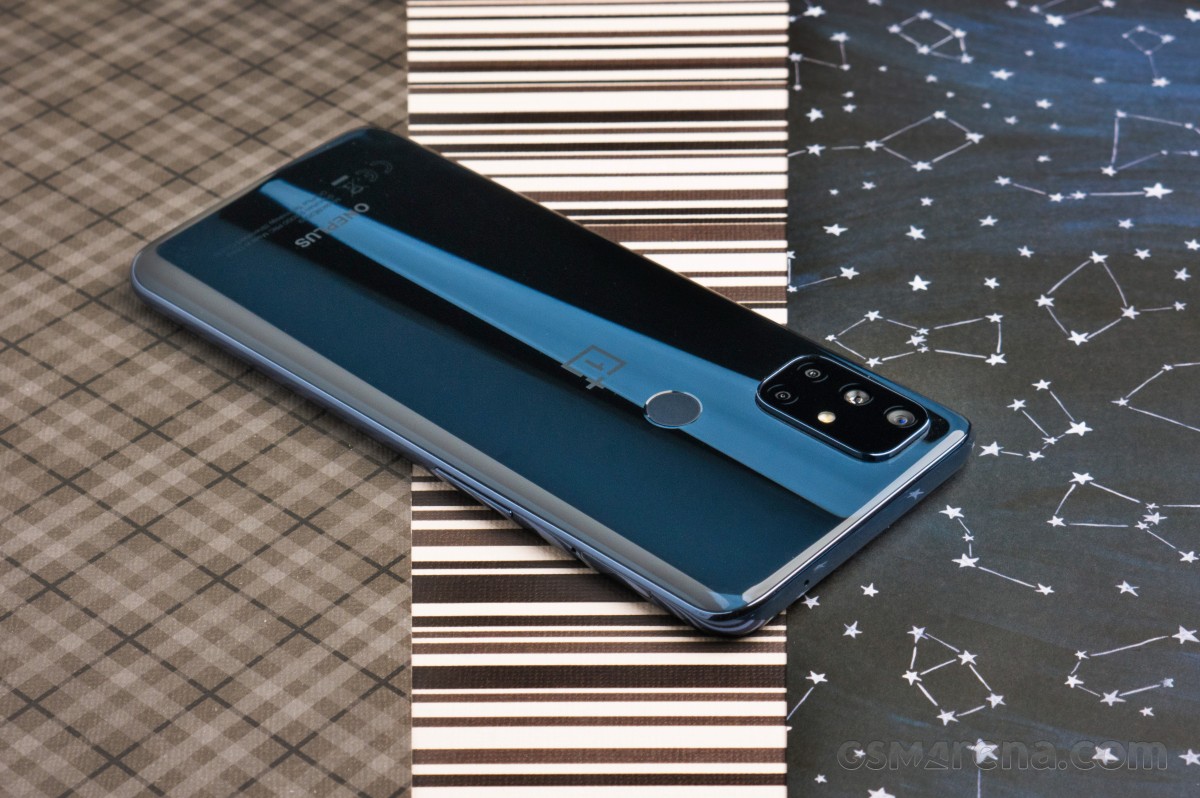 The physical power and volume keys here are sturdy and tactile. There a power key on the upper right side and a volume rocker on the left. The SIM tray is also on the left, above the volume keys, and, depending on the variant, the tray will support either one or two SIM cards. All variants will support a microSD card.

There's a 3.5mm headphone jack at the bottom of the phone, to the left of the in-call microphone and USB-C port. There's also a downward-firing loudspeaker grille. Meanwhile, there's a single mic hole at the top of the phone.

On the front, the N10 5G's LCD screen is protected by Gorilla Glass 3, and the display is one of the main areas where OnePlus had to compromise to keep costs down. The lower bezel is larger than the rest, and the upper bezel is slightly larger than the side ones. Even with the uneven bezels, the loudspeakers don't disappoint on this phone. The earpiece doubles as one of the stereo speakers, and the hole-punch selfie camera minimizes distraction when using full-screen apps compared to a notch. 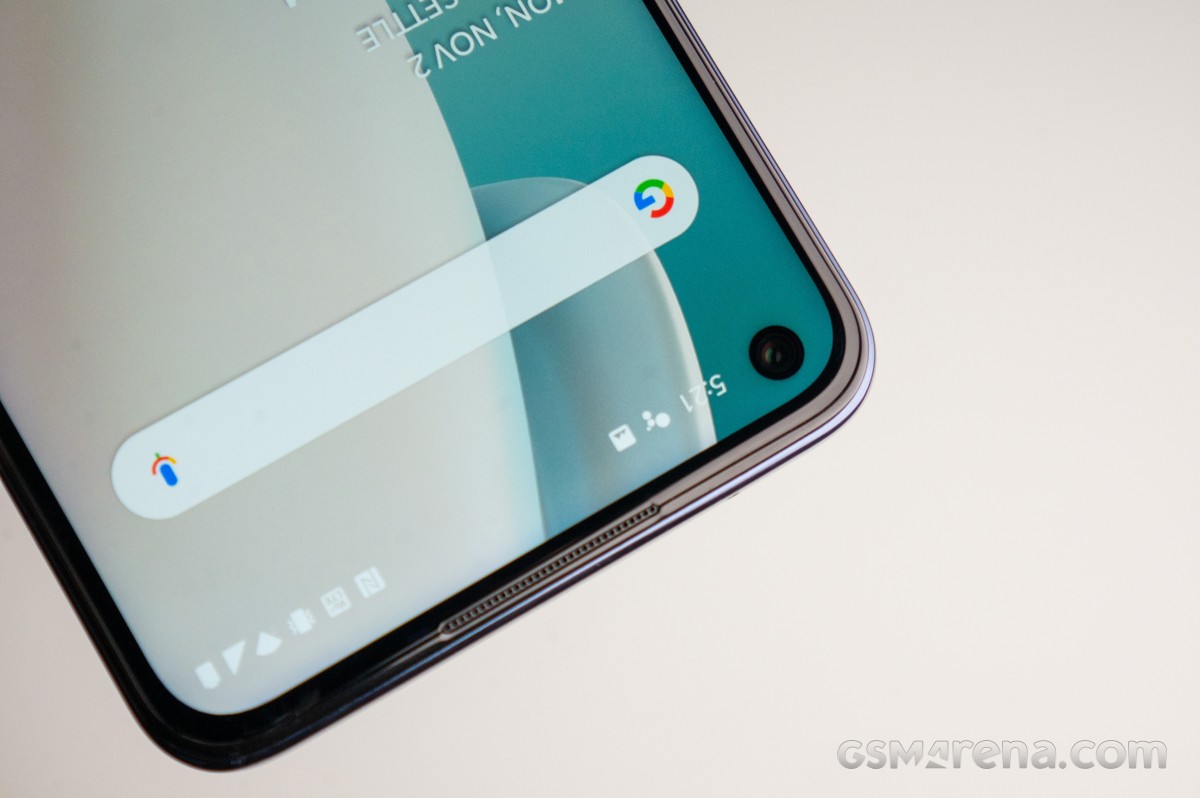 Next, we'll take a deeper look into the display's brightness and color accuracy, as well as battery life.

Yes my NFC works too!!

Metro and Tom bike sell it. I own one and I love mine and they do update software on phone. This review was more down grading then what the phone really is!! I love mine and I've had it a year.