The look and feel of the Nord N300 are simple yet sleek. The flat-edged frame and double-burner camera island are inspired by Apple, without a doubt. Although the frame and back cover are made of plastic, they don't fully hint that it's a budget phone. The slimness of the device is enough that it's hard to believe there's a 5,000 mAh battery packed inside.

There's nothing inspiring about the black colorway of the N300, and it's the only one that will be available for it. Where OnePlus has previously been able to implement a color-shifting back cover, the N300 does no such thing. 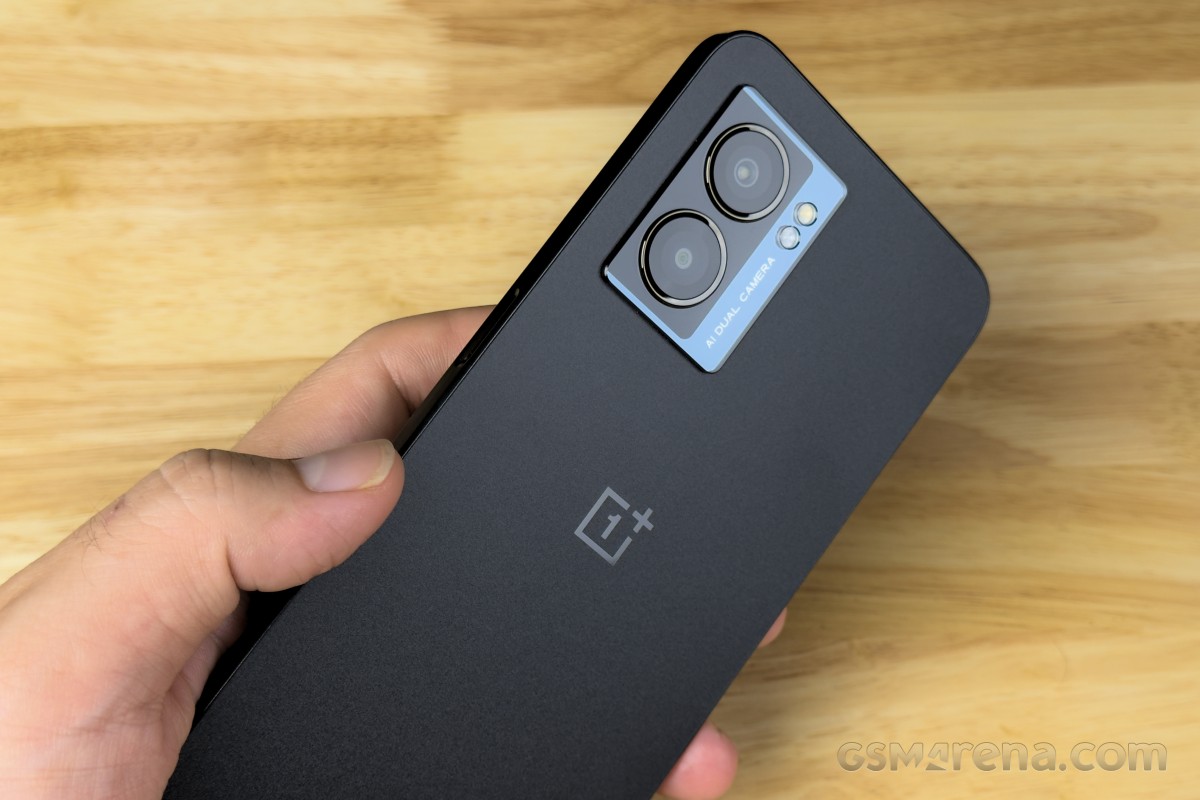 Speaking on the back panel, the camera island has two cameras and two LED flash modules along with the words "AI Dual Camera". This can also be found on the Oppo K10 5G, which is identical to the N300 in dimensions, button placement, and camera module. 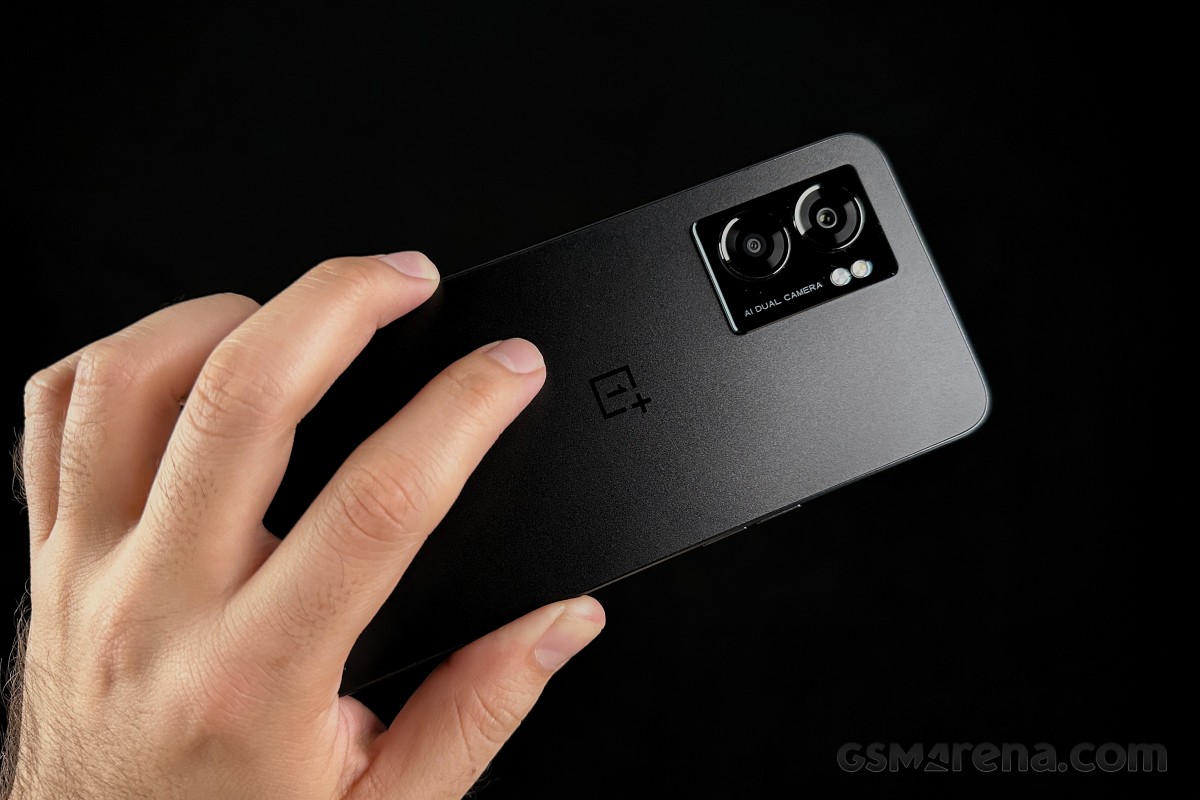 As mentioned earlier, the build of the phone is plastic. It is appreciated, however, that the plastic finish of the Nord 300 is not glossy. Though fingerprints are not as easy to spot, smudges are still noticeable. 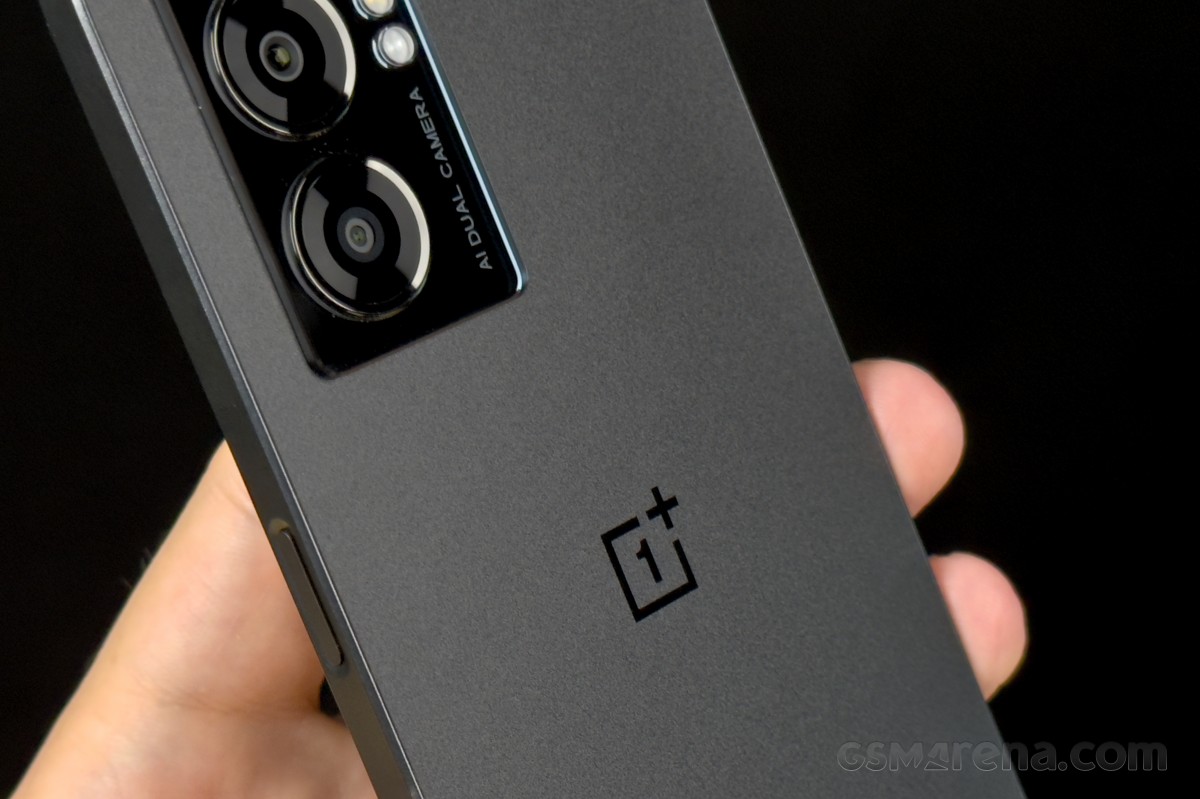 The device feels sturdy. Even when pressure is applied to different parts of the body, there's no squeaking or flexing. There isn't any official ingress protection, but the SIM tray does have a rubber seal, likely to keep dust out. We wouldn't press our luck with the device near water, however. 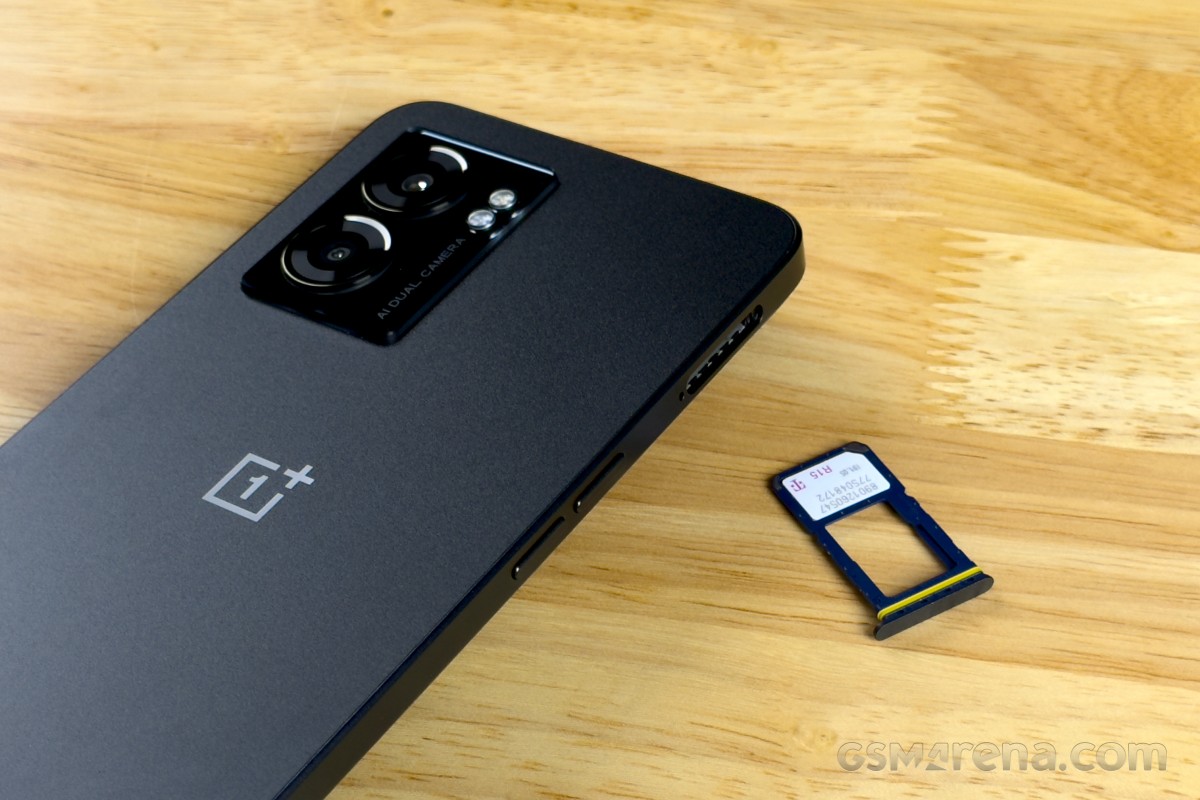 The display is protected by 2.5D glass, though OnePlus hasn't revealed any specific type of glass. Given the display is flat and that its durability is questionable, a glass screen protector may be a good idea.

The N300 is equipped with a full set of ports and buttons. Although there's no alert slider here, there's a volume rocker and SIM/microSD card tray on the left side. 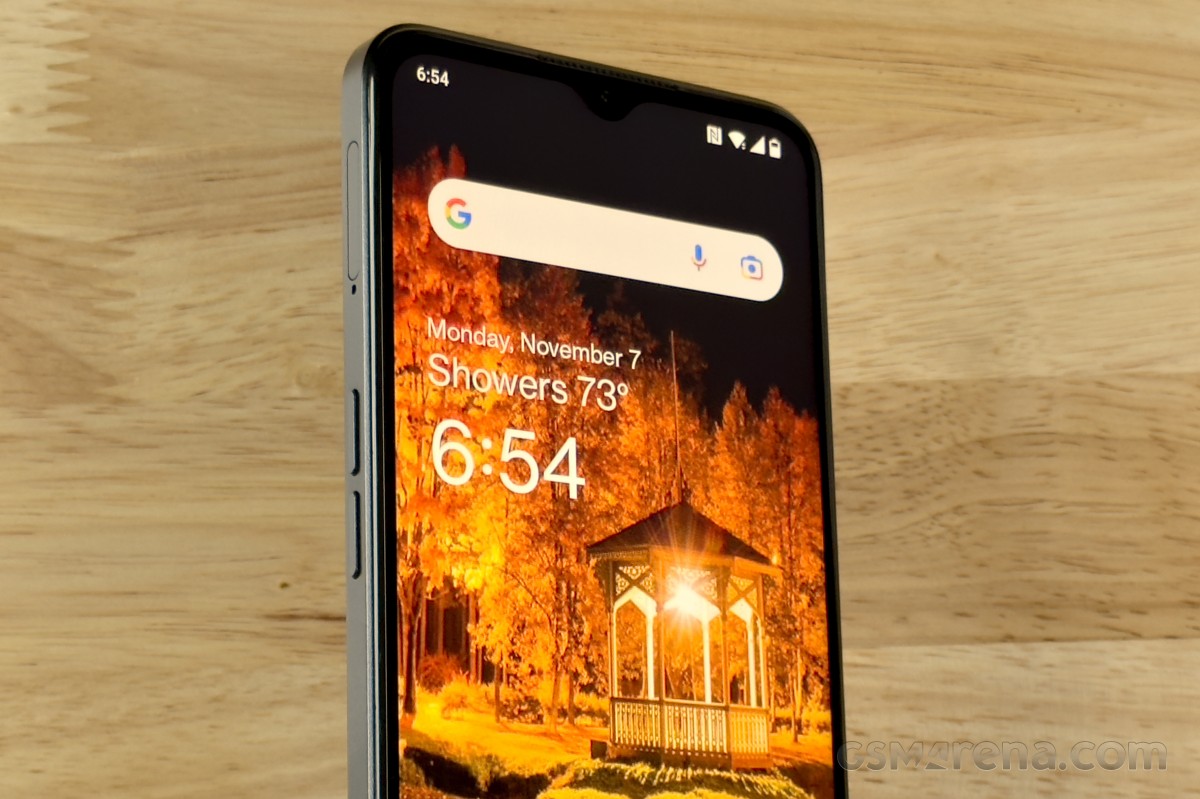 There's a power key with an integrated fingerprint scanner on the right side and a headphone jack at the bottom, next to the USB-C port, microphone, and loudspeaker. 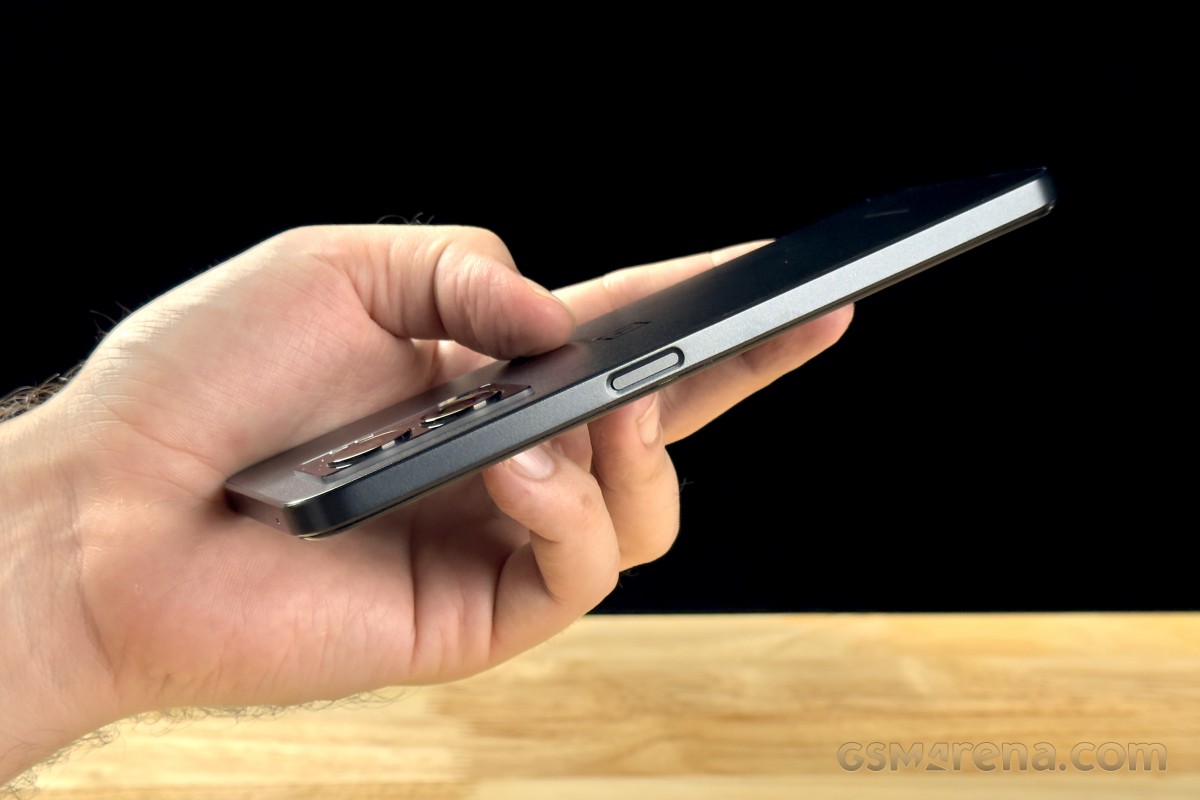 The placement of the power key is just above the midline of the device, and finding it by feel will take some practice as the button is flush with the frame.

The N300 is equipped with a standard list of sensors and connectivity options, including a proximity sensor, ambient light sensor, and accelerometers.

Another member on here has made me aware - It looks like this handset will remain totally exclusive to America/Canada and won't ever see a release in other regions.. With that being the case - it may be a worthwhile option, as the other rea...

I'm not stating anything from my own opinion but only CONFIRMING what Oppo have directly told me - via their live chat facility through their live chat agent. They stated specifically - (after quizzing them) that their A77 5G is using an a...

"They've used A-Si, not IPS, LTPS etc" From this sentence, what i got was that you are stating they are using asi instead of ips or ltps. Do you mean that they are using asi and its also not an ips display and doesnt have ltps either...