OnePlus 6 global debut set for May 16

OnePlus is hosting an event in London on May 16 on which it will reveal what's left to reveal of its OnePlus 6 flagship.

The London event comes a day earlier than the Chinese launch event - set to be held in Beijing and the Indian event that will be held in Mumbai on May 17. 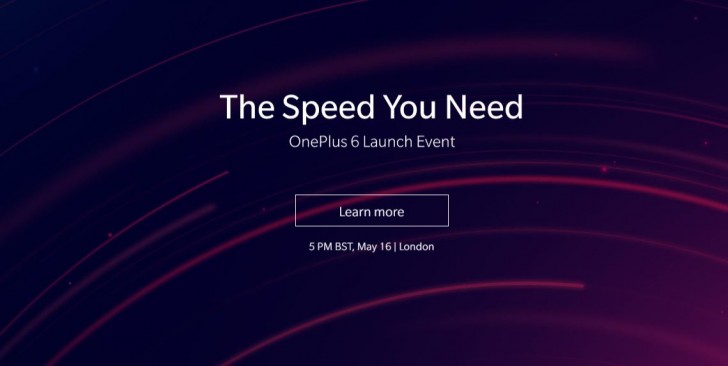 The OnePlus 6 is mostly well-known by now. It will have a 6.28-inch 1080x2280 AMOLED screen, 16MP+20MP dual camera on the back and sport the current best of the best Snapdragon 845 and 8GB of RAM. It will be made using some new materials too.

OnePlus has even invited fans to attend, reserving some 1000 tickets.

You can buy tickets for the London event at OnePlus' website. Tickets bought before April 27 cost £16 and (if there are any left) £30 after.

OnePlus fans in India will be able to purchase entry vouchers for the event on oneplus.in from 10:00 IST on Tuesday, May 8, 2018. The event will take place at the Dome at NSCI, Mumbai. Those attending will receive a gift hamper that will also include exclusive Marvel Avengers merchandize, among other things. The phone will go on sale on Amazon India, where Amazon Prime members will get Prime Early Access and will be the first to purchase the phone starting 12:00 IST on May 21, 2018.

They (aple) copy everithing! Then they sell to you as original, invention... with a gigantic price!