If you head over to OnePlus’ Chinese site, you’ll see an invitation for the OnePlus 6 launch event. The occasion will take place in Beijing at 10AM, local time. The product launch is open to local press and fans like the OnePlus 5T's launch was. The site mentions that ticket sales will open starting on April 27 at 10AM for 99 Yuan (about $15 USD) per ticket.

The event’s tagline is “The Speed You Need” which headlines the phone’s Snapdragon 845 and 8GB of RAM that we’re expecting to see. 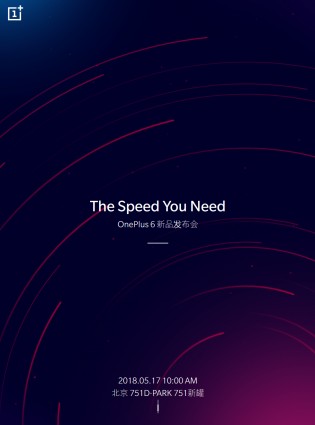 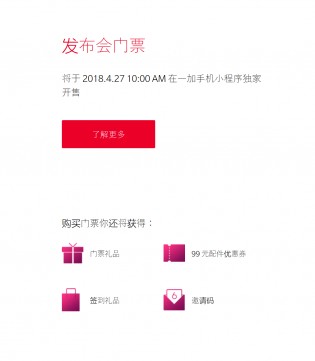 Other rumored specs for the OnePlus 6 include a 6.2-inch display with “the notch”, a 3,450 mAh battery, and a dual camera setup comprised of 16MP + 20MP sensors. There is still no word on pricing or actual release dates – which we will hear about during the event.

Just yesterday, OnePlus teased that the 6 will have an “honest design” and we were shown that it would feature a glass back – we are crossing our fingers for some kind of water resistance.

OnePlus 6 will finally be waterproof

Well, you will find it now https://forum.xda-developers.com/honor-8-pro/how-to/memory-type-honor-8-pro-t3601529

Well I agree with the part paid reviews they sent their review device UFS storage but the consumer gets eMMC5.1. This happened with Honor 8 Pro and all their previous device not sure about View 10