The show the phone in black and mint green. The rear camera design looks very similar to the A54s and A55, though it is not identical to any of the phones we listed above. While the image is a bit fuzzy, we should note that there are only two camera modules actually on there – the small circle in the middle is an “AI” label. Unfortunately, we can’t say anything about the two modules right now. 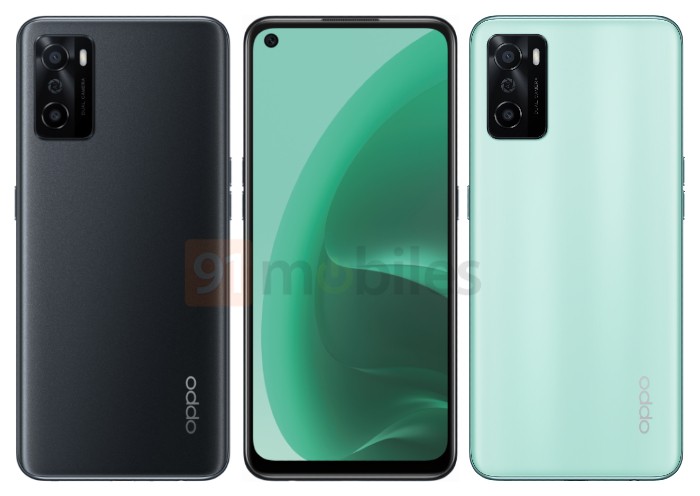 More is known about the interior of the Oppo A55s 5G, however. A phone with model number CPH2309 passed through Geekbench and was also spotted at the FCC and the Bluetooth SIG. It is thought to be the A55s 5G.

As far as we can tell, the phone is powered by the Snapdragon 480 chipset, which was already used in the A54 5G (the A55 5G got a Dimensity 700 instead). Judging by the clock speed detected by the benchmark, this is the vanilla 480 and not the new plus version. Anyway, it was hooked up to 4 GB of RAM and a 3,890 mAh battery with 18W fast charging support. It will support the n3, n28, n77 and n78 5G bands. The official announcement can't be far away, but we don't know when it is coming.

does this have compak size variant??

And here I thought Nokia bought all the SD480's 😂