Oppo unveiled the A77 5G in June and followed up with a new 4G version in August. These are expected to be joined by the A77s soon, which has appeared in a leaked poster revealing its design and specs.

The Oppo A77s is a version of the A77 4G with a different chip (Snapdragon 680) and more RAM (8GB). The A77s will come in Sky Blue and Starry Black colors, but it's unclear if there will be a Sunset Orange version with the Fiberglass-Leather Design. 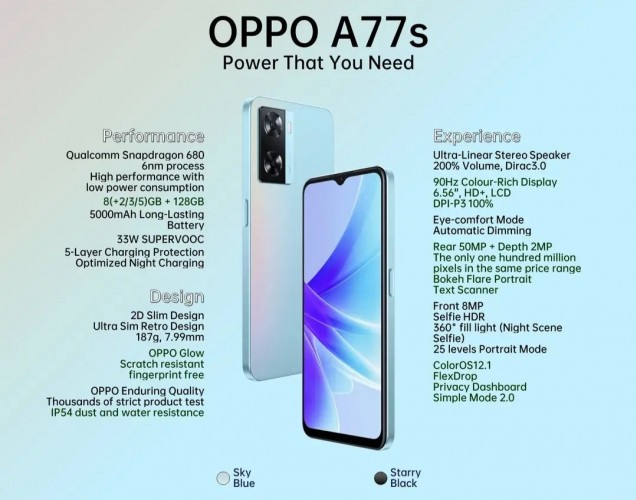 There's no word from Oppo about the A77s yet, but the smartphone was certified by Thailand, India, and European Union's authorities a month ago, so it could go official any time now. 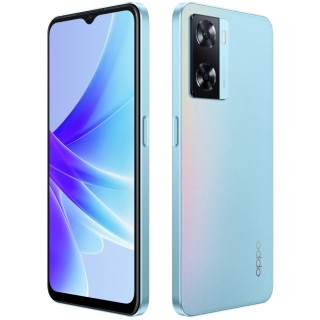 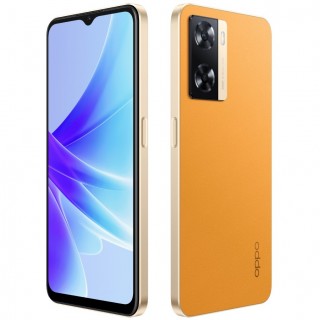 Oppo A77 5G announced with Dimensity 810 SoC and 48MP camera

Oppo A77s gathers certifications in preparation for a global launch

I love oppo phones there camera is amazing , and dose not depreciate