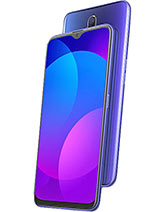 zwertwsef, 11 Apr 2021the audio is pretty bad, no matter how good your earphone isWhere did you get your phone from?

the audio is pretty bad, no matter how good your earphone is

OPPO Lover, 01 Apr 2021Indeed, its the best phone I've ever usedWorse phone main camera have no EIS video recording is so bad so shaky

Oppo f11 No EIS? Wut? I have seen on the reviews that it does have EIS but when I shoot a video with its main camera it's so shaky?? Just what happened? Im on color os 7.1

Does this phone have EIS because i have seen F11 pro's video stability are comparable to ois but when i shoot a video with my f11 it is so shaky im on color os 7.1 i know f11 and f11 pro have same camera so wtf's going on?

It's the best phone for me so far... cause it is now already two year old and it's functional at par with the new release phones today.....been using it for office and gaming...

I'm just hoping that oppo F11 will release it's andriod11 version here in the Philippines as soon as possible.. I'm very satisfied with mine, good for gaming, for work and so much more, so far I don't have any issues ,been using it for almost 1 year and 3 months..

i've been using this phone since 1st launch time.. still good, the battery still good with regular phone use..

It's been 16 months since I last used an Oppo F11 phone, The phone is great, no mess. I have been using Oppo Products for 4 years. I'm very happy about that.

So I have this phone since last year and it works pretty fine! I'm glad that this phone has updates regarding its OS. I don't have any problem with its hardware.

Totally works fine.. i purchase this one original online.. tot will have many problem since i buy online..but im wrong.. this phone is better than vivo.. now im ady use 1 years 2 month.. only facing battery issue run out faster..maybe bcoz its used VOOC.. later i used normal charger then can used for almost 2 days.. i will be more happy if its has dual SIM port..

Is it safe to leave oppo f11 on charger