The new Oppo F9 is officially coming on August 15, the company announced in a press release. The new smartphone will have VOOC charging, dual camera setup on the back, a tiny notch for the selfie snapper and a pretty back panel with gradient color design. First two markets to receive the phone will be Vietnam and the Philippines. 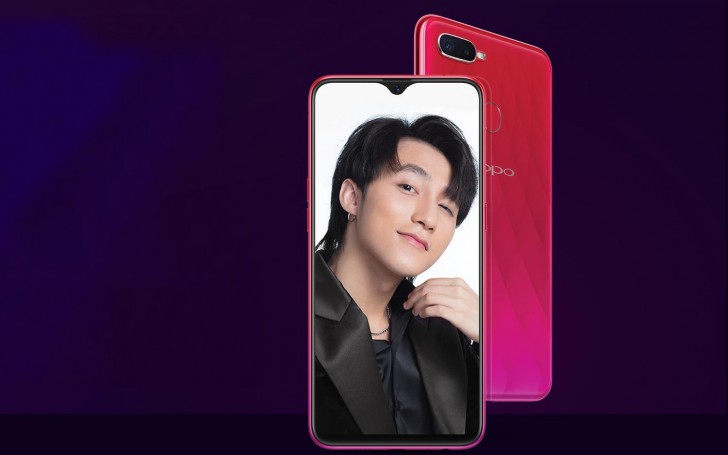 The Oppo F9 will have the 5V/4A fast charging that hasn’t been seen in an F-series smartphone since the introduction of Oppo F1 back in March 2017. It usually tops 50% of the power cell in 30 minutes, and it’s a safe bet that it will be the same with the new device and its 3,500 mAh battery.

Earlier rumors suggested Oppo F9 will have a 6.3” screen with a resolution of 2280 x 1080 pixels, and today the company confirmed the info. It calls the display “Oppo’s first Waterdrop screen” and says it will have a screen-to-body ratio of 90.8%. It will also have a tiny notch in a triangular shape, housing only the selfie camera, while the speaker will be implemented in the razor-thin bezel on top.

Oppo is a fan of funky smartphone design since the R1x that was introduced in the beginning of 2015. The Diamond Black design was reborn in the Oppo F7 and the Realme 1, and now the F9 goes one step further, introducing gradient design. Good thing is the color changes under light not only on the back, but on the sides as well. Official color names are Sunrise Red, Twilight Blue, and Starry Purple, “with inspiration coming from nature”, as Oppo put it in the press release.

thanks because support oppo