If your want a beautiful mid-range smartphone has to be beautiful and an instant eye-catcher, the Oppo F9 is the right device for the job. 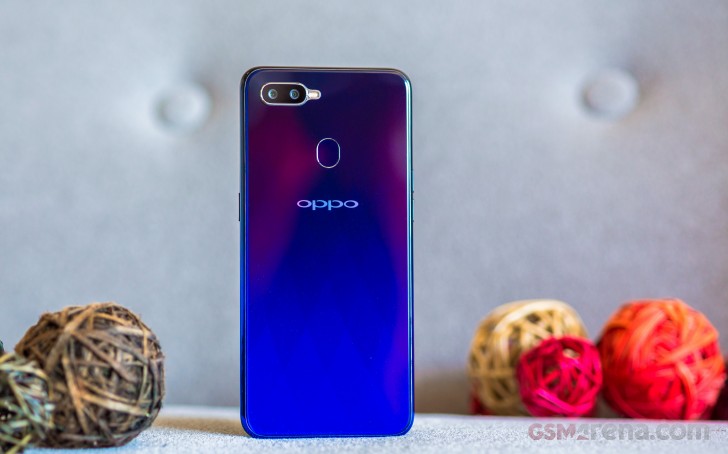 The almost bezelless front is a welcome sight and the waterdrop-like notch is far less objectionable than the large cutout on the F7. It wastes far less screen estate and some might even argue that it looks like a cool accent. 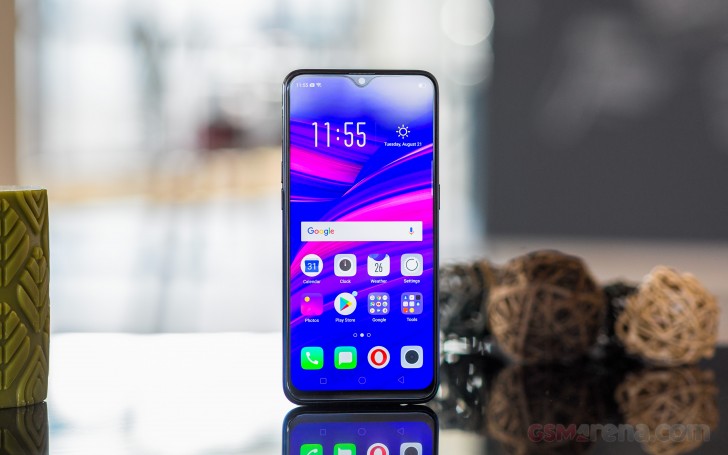 Just don't put too much faith in those official press renders as they show the screen going nearly edge to edge, which is not quite the story in real life. Still, the F9 offers some of the highest screen-to-body ratios in the price range and that's already a huge thing the phone has going for it. 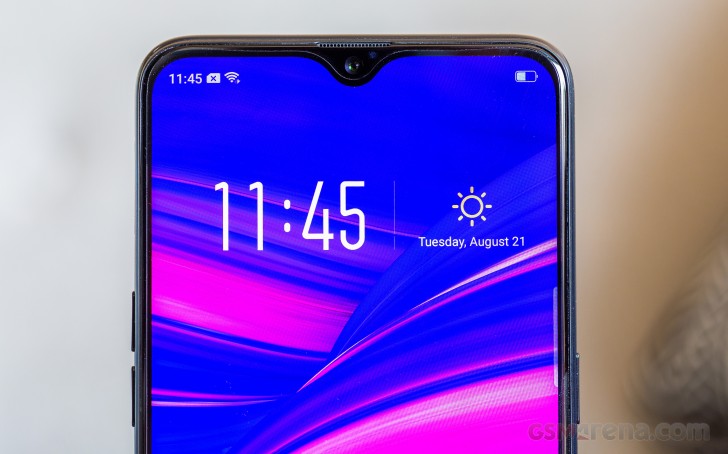 Upon closer look next to the 25MP selfies camera you can also notice a tiny aperture for the proximity sensor.

The earpiece grille is almost invisible up at the top - in-between the frame and the display itself.

Moving on to the back, the Oppo F9 manages to impress again. A gradient paint job, a diamond-like pattern, and besides the Oppo logo - no inscriptions to spoil the looks. 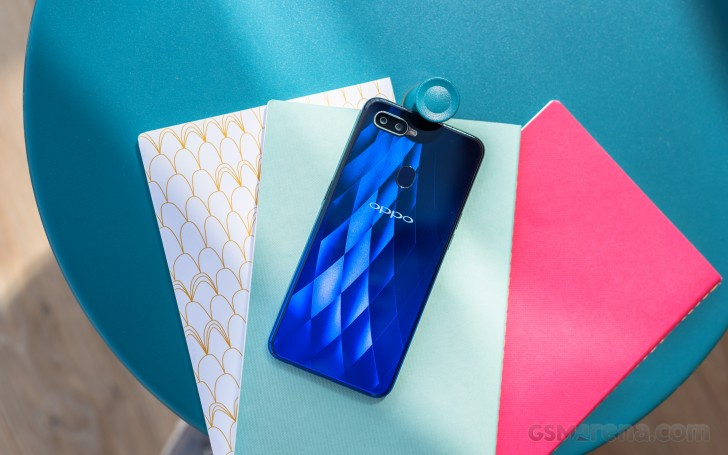 The colors also change depending on the available light with our Twilight Blue model going from light cyan to dark blue and even black. The shimmering diamond pattern is clearly visible if sufficient is available but disappears almost completely in the dark. 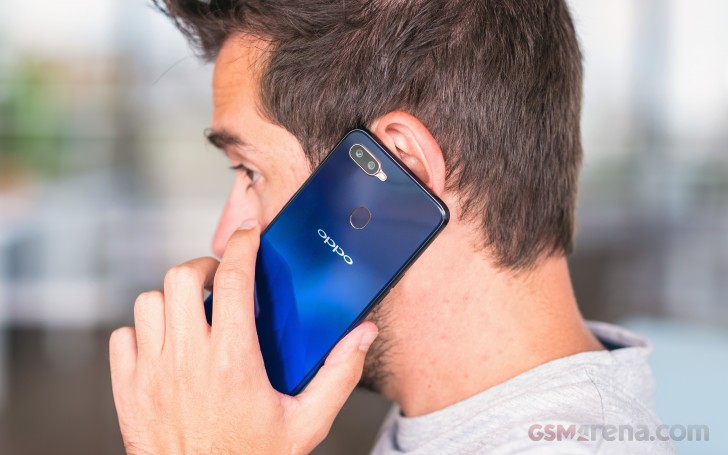 The same is valid for the Sunrise Red model, though it looks a bit flashier with a palette of lilac, pink, orange and red.

The Starry Purple has a lot in common with the vivo V11 - it also has a gradient in the purple shades, but instead of a diamond pattern it has tiny dots, which look like thousands of stars.

The always-on fingerprint scanner and the dual-camera are the only things of real interest at the back. The snappers are accompanied by a single LED flash and while it all forms a small hump, it's not big enough to make the phone wobble.

The Oppo F9 is among the first smartphones to make use of Corning's toughest Gorilla Glass to date - the sixth revision. It's supposed to survive a dozen of drops from up to one meter. 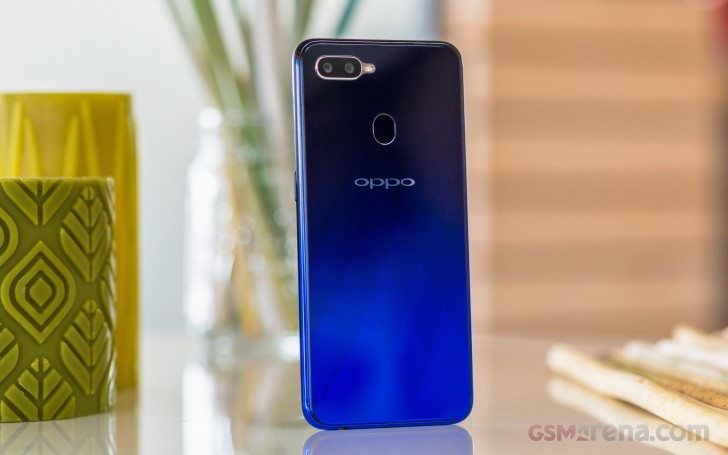 The frame holding those pieces of Gorilla Glass, is made of plastic but painted in the same cool gradient as the back, sans the diamond-pattern, of course. It has a glossy finish and is slippery, but its slightly curved shape and the bulging screen enclosure improve the depth of the phone and help provide decent overall grip.

The Oppo F9 has everything as far as connectivity features are concerned - there is a 3.5mm audio port and it features a triple card slot. The latter accommodates two nanoSIMs and a microSD card slot, so you won't have to choose between dualSIM functionality and memory expansion.

The only letdown is the old-school microUSB slot, but it supports VOOC flash charge, so at least from a functionality standpoint it's not too bad.

Handling the Oppo F9 is a pleasure, but not as immersive as looking at it. You can tell the frame is plastic, and the grip is mediocre. The F9 is also a fingerprint magnet and it will be smudgy all the time - maintaining those great looks will take some effort, we are afraid.

Having trouble sending video thru messenger after the update last Dec. 2019.thinking of switching to other phone brand