Oppo Find N is the company’s first foldable phone, to be announced December 15

Oppo has teased the company’s first foldable phone. The image of the device is only shown from the spine side and we get a glimpse of the phone’s profile, revealing what appears to be a triple camera setup in a vertical layout similar to that of the Samsung Galaxy Z Fold3. The teaser’s tagline is “A small enough, big enough folding screen phone.” 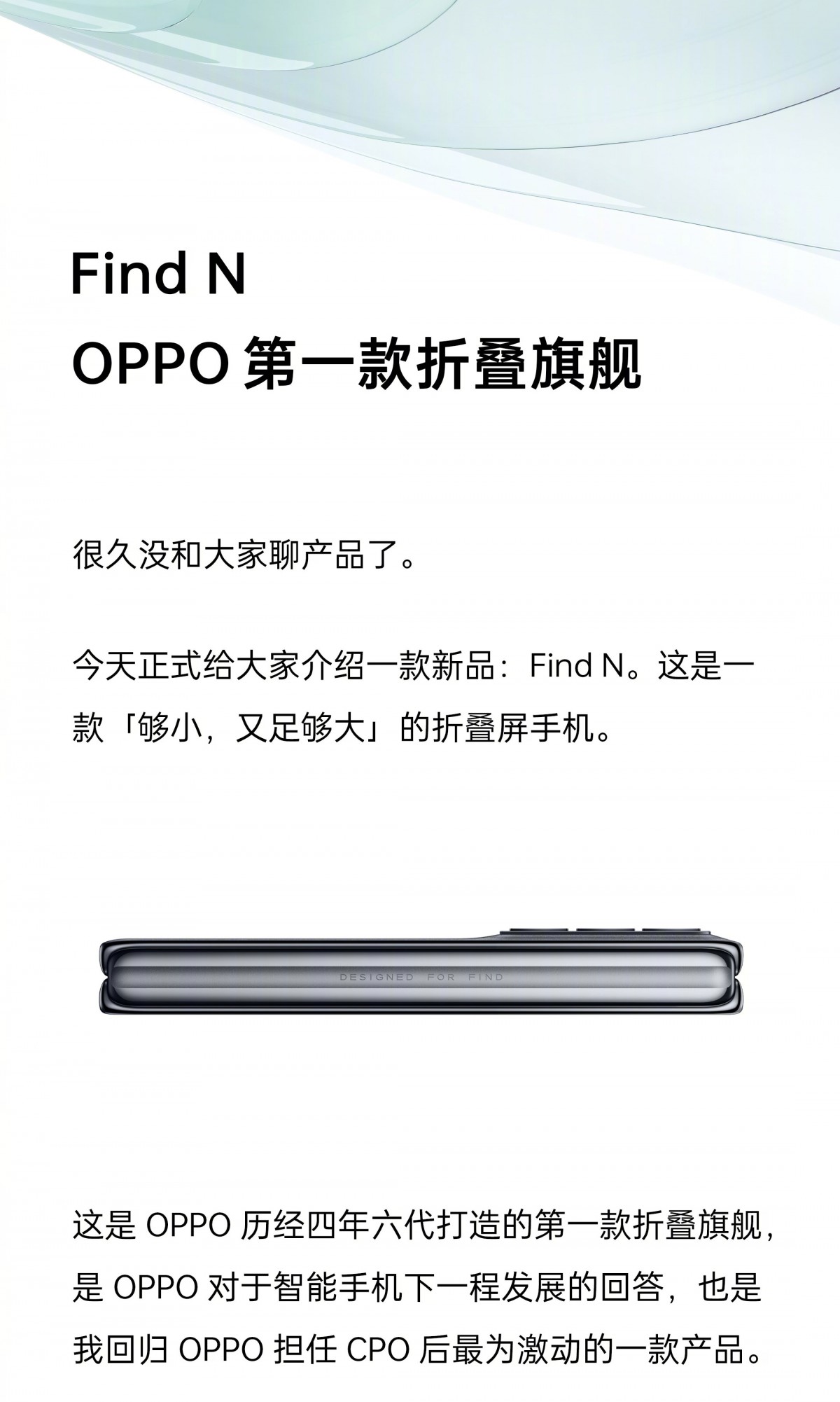 Oppo has been developing the Find N for four years. We won’t see the full unveiling of the Oppo Find N until December 15 at 4PM local time.

Just yesterday, Oppo teased its retractable smartphone camera in anticipation of the same event. We are expecting to see more concept phones and tech innovations announced by Oppo and we’re sure to see more teasers before then.

Came back here just to say that Oppo is buying the display for the foldable from Samsung themselves. So R.I.P your point.

The first batch of Fold sent out to reviewers was a mess and suffered from a lot of issues. Later on Samsung released a revised version of the same product which was now more durable, but still far from great due to a tiny outward display, lack of re...

ColorOS is basically the same as OxygenOS, except it's usually more coherent and refined.