Oppo is expected to bring the Find X3 series in the first quarter of 2021, and one of the phones from the lineup has appeared on AnTuTu. The Snapdragon 888-powered phone reached a score of 771,491, which is a new record. 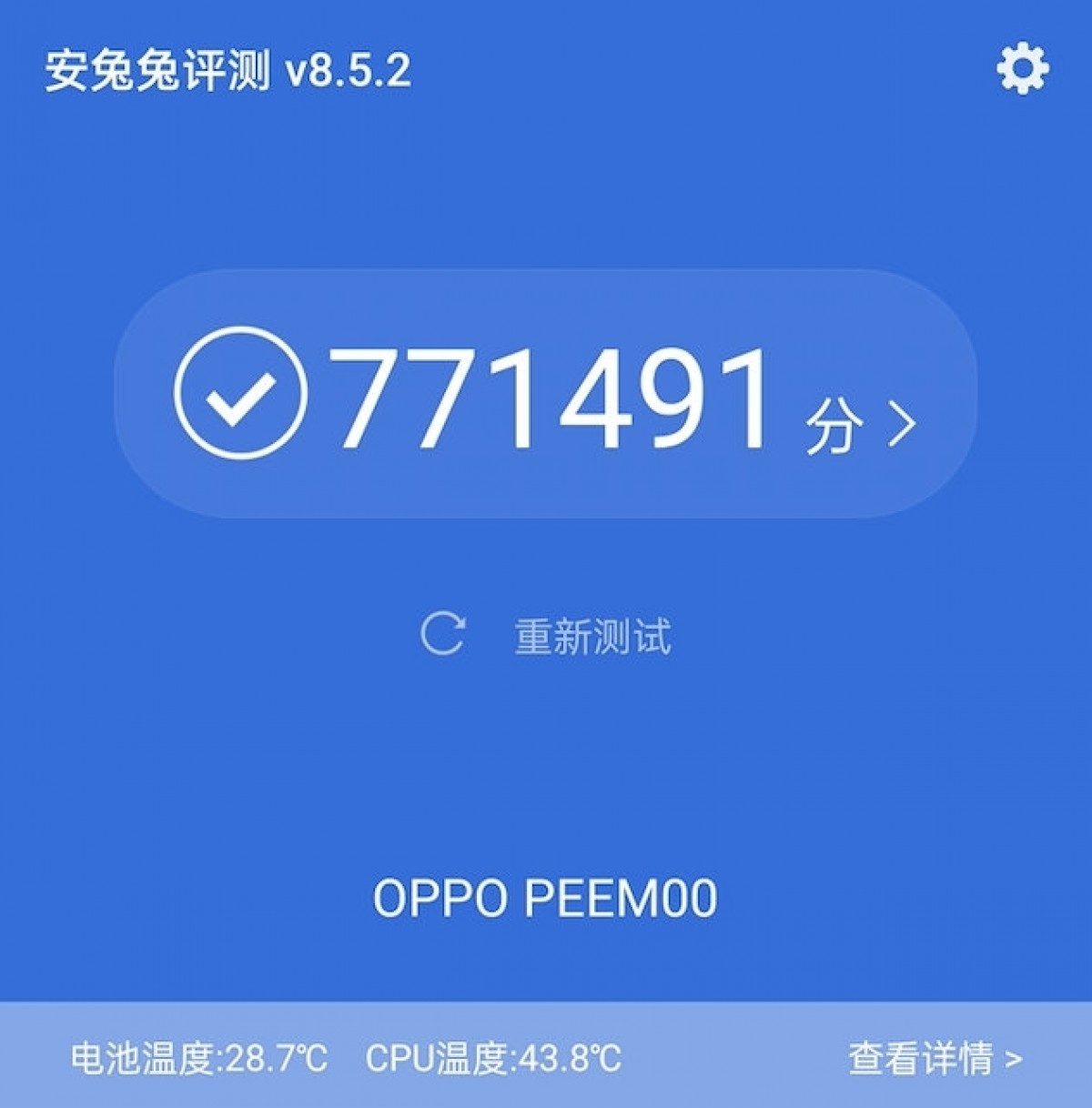 Qualcomm’s official numbers are a bit north of 735,000, but the AnTuTu result is a sum of four phone components - CPU, GPU, UX and memory. The source has not revealed more details about the benchmarked phone but we can expect 12GB RAM and plenty of storage that will help the Find X3 to yield such a great result.

Speaking about actual specs, we expect a 6.7” screen with QHD+ resolution and 120Hz refresh rate. None of those are new to the Find X phones - the Oppo Find X2 Pro already has such a screen.

The Find X3 is said to have a new custom-made 50MP Sony IMX766 sensor for the main camera, coupled with a 13MP 2x telephoto shooter. An additional longer-zoom periscope is very likely on the Pro version too.

Sony is developing another camera sensor with Oppo, this time for the Find X3 series

Oppo Find X3 series will unsurprisingly use the Snapdragon 888

It has very small cons. Not great battery life (they improved this one big time with updates by the way). No wireless charging. And that's about it. It is so premium, brilliant in all possible ways. It blows minds of my friends and colleges mind...

I do agree I own it too. It is with me from may 2020 and cannot stop loving it this is the first phone to me (after some great LGs and Motorolas back in a lot of years back) that has the magic that they did it with love and passion and true engineeri...