Oppo retained the same curvy and slopy design language from the X3 series so there are no pointy corners or sharp edges, even where the camera island resides. This approach seems to be masking the camera protrusion on the back quite well. The camera island itself takes an unusual shape, it's not a square anymore. Gives the Find X5 series that distinctive look, and we kind of like it. 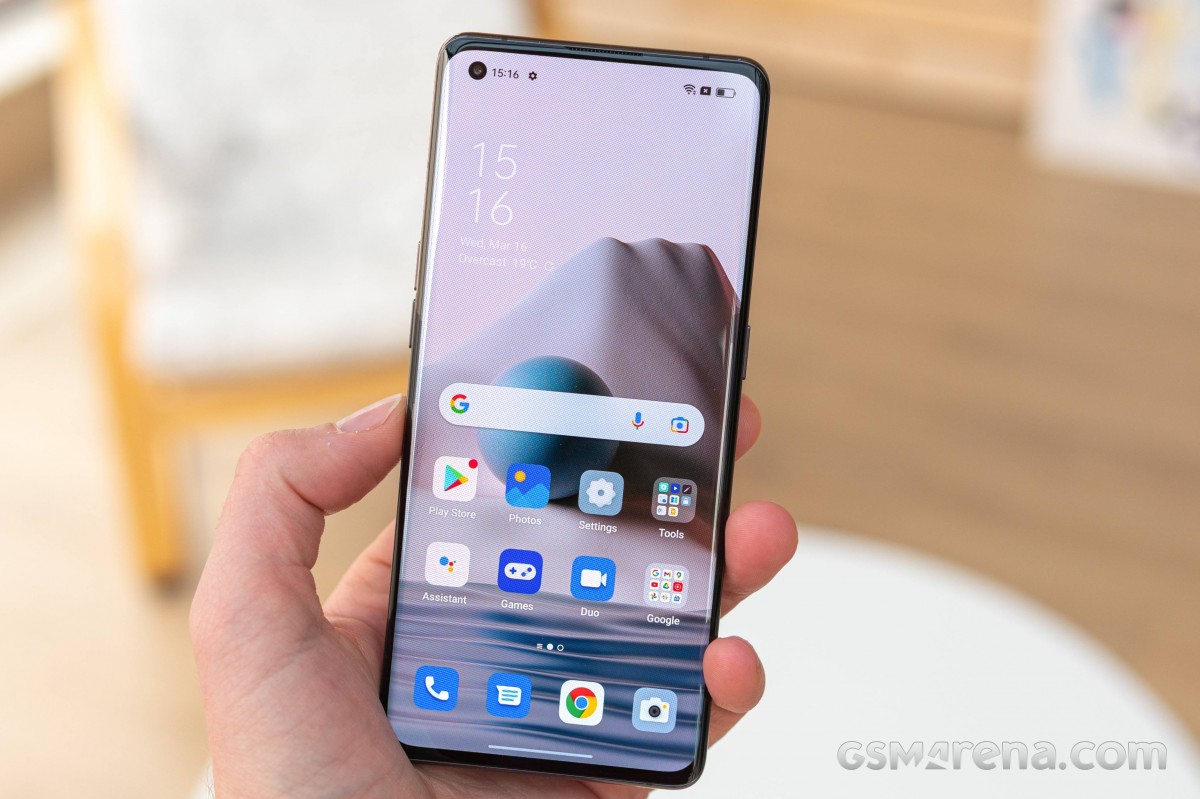 The back glass has a frosted, soft-touch finish - a bit slippery, doesn't attract fingerprints, and it's awesome to touch. It's so silky smooth that it makes it hard to guess the material. Fingerprints and smudges are virtually non-existent, at least on the black version. We have a very good reason to believe that the white won't be a fingerprint magnet either. All those inscriptions on the side are a bit annoying, but there's no way around them. Regulations, what can you do about it. 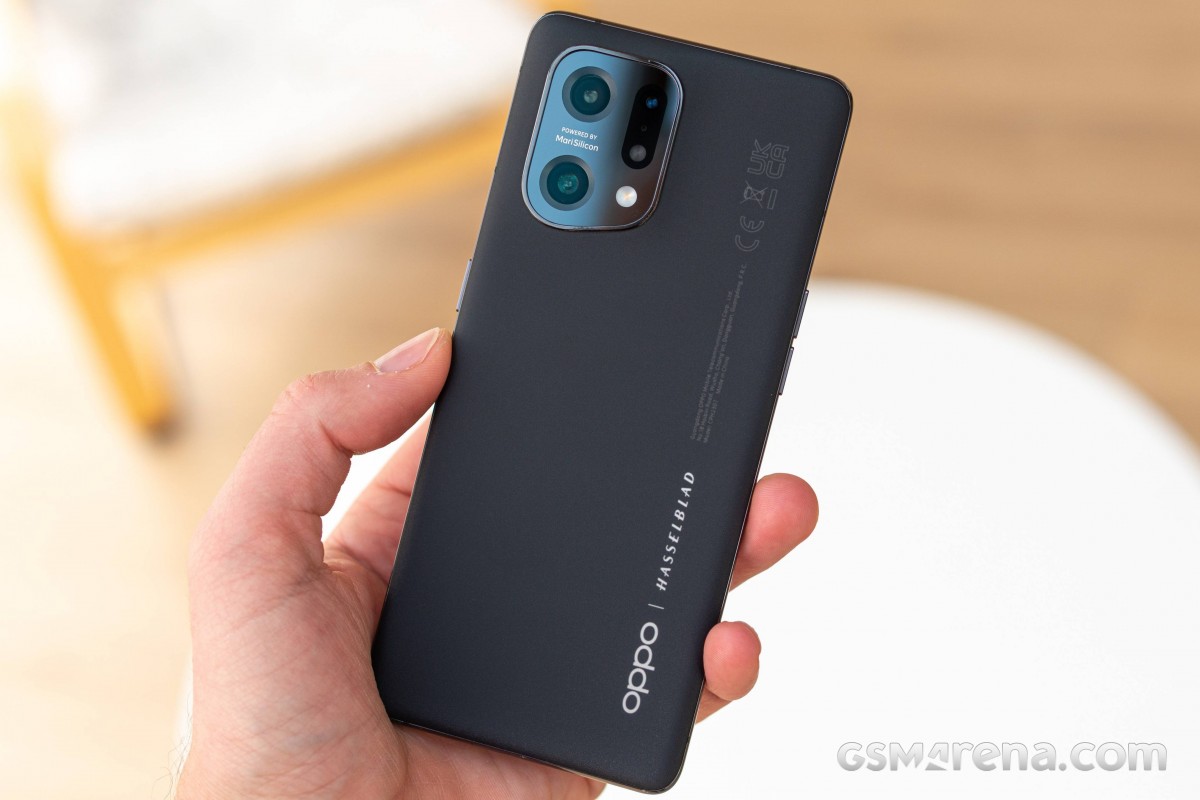 The said back plate seamlessly transitions into the side frame without forming any unwanted ridges. It feels quite smooth, and the same goes for the front glass. It's slightly curved to the sides, giving the impression of thinner bezels. The top and bottom edges of the display are ever so slightly curved, while the bezels look symmetrical. We've seen thinner bezels, yet they don't appear to be distracting. 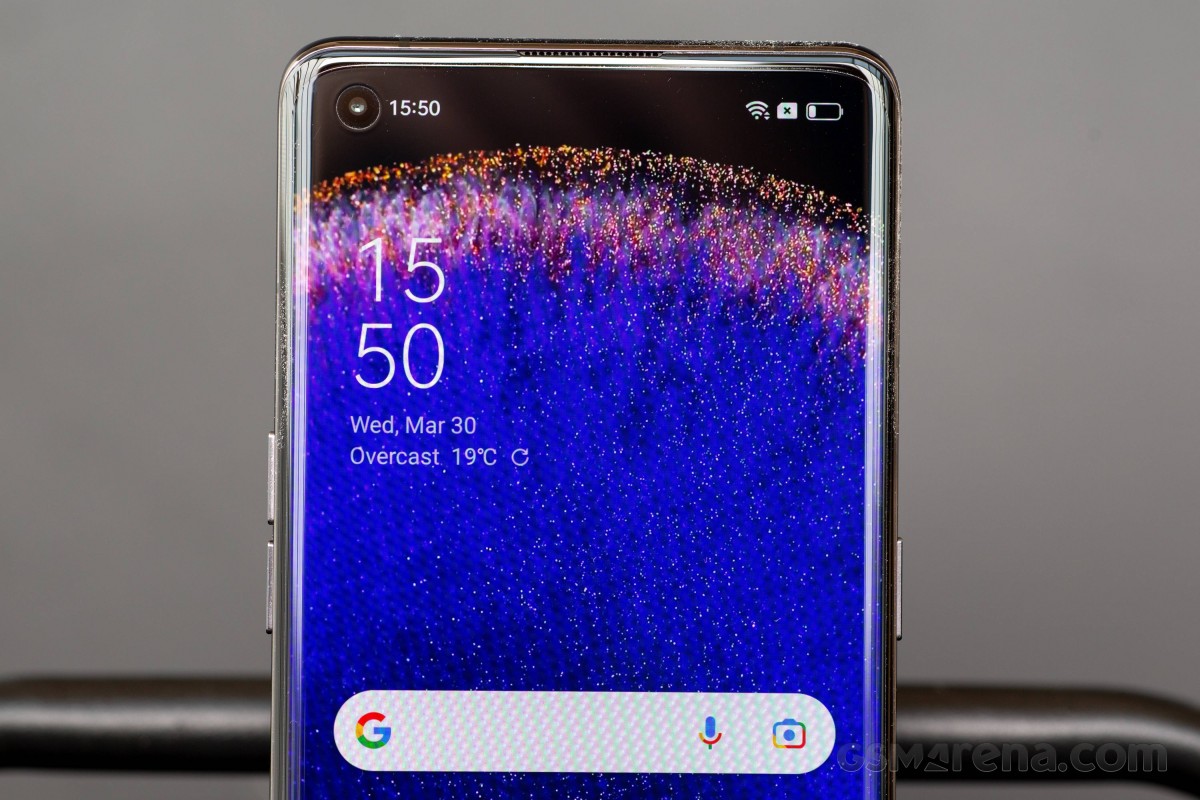 As we go around the sides, we notice the various antenna openings along with the power button on the right and the volume buttons on the left. Oppo went for separate buttons instead of a volume rocker. This leaves the bottom with the USB-C connector, the dual SIM card tray (no microSD card slot) and the loudspeaker grille. 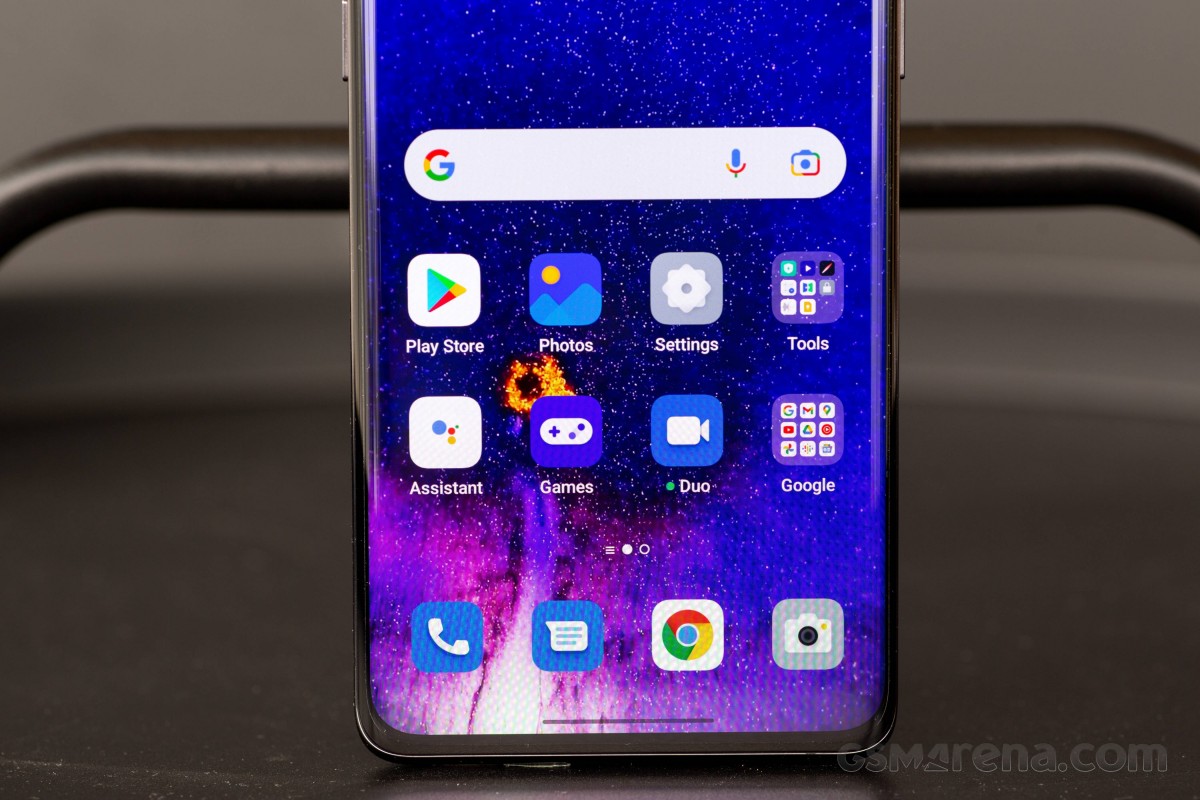 Oppo says the frame is fingerprint-resistant, but we can't say this is entirely true. It's hard to spot them but can be seen upon closer inspection. It's a metal frame with a glossy finish after all.

This is where we have to mention the so-called 360-degree Smart Antenna 3.0 design. It's a combination of hardware and software features that prioritize high-quality connections no matter how you hold the phone. The system constantly analyzes the best combination of antennas to use. 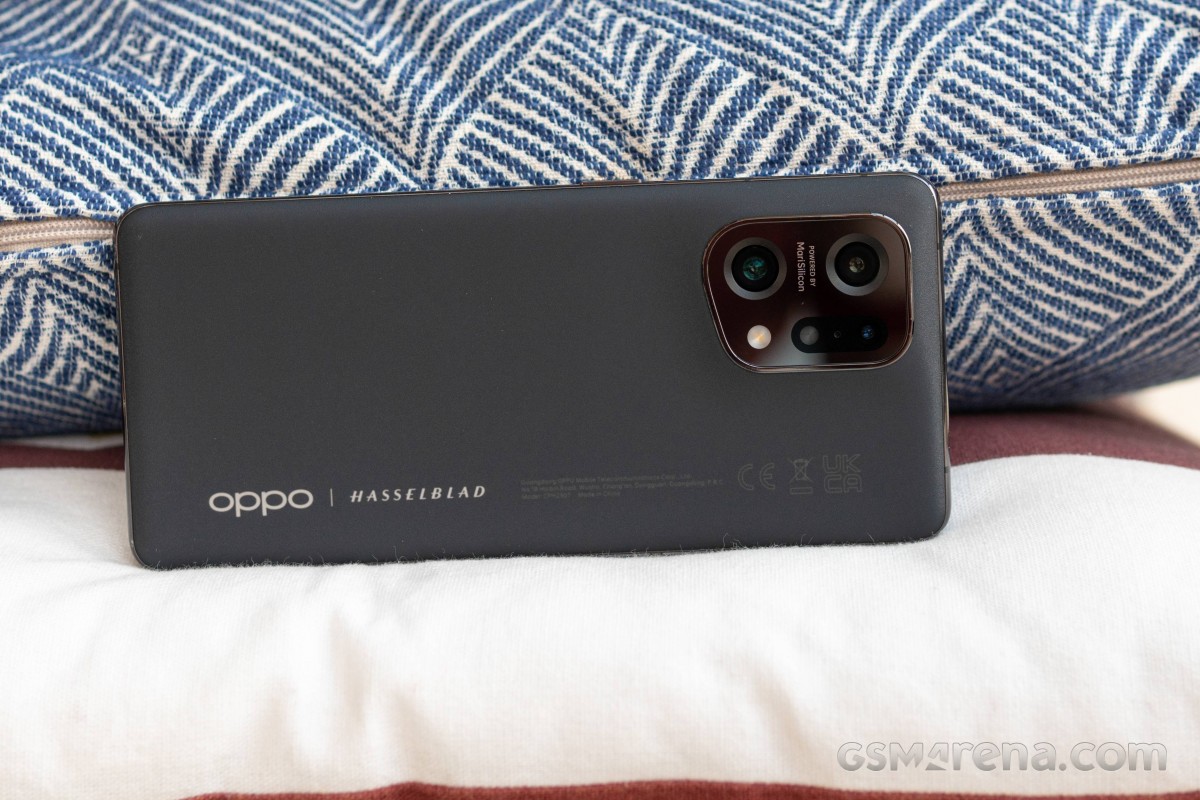 All in all, the Find X5 has a solid build using only high-quality materials such as Gorilla Glass Victus on the front. It doesn't boast ceramic or eco leather on its back but the frosted glass is a nice touch, nonetheless. It comes off a little hefty at 196 grams given the 6.55-inch diagonal and it's not the thinnest handset around at 8.7mm but those are not enough to take away the nice hand feel. In fact, some may find the weight as a plus as it contributes to the overall premium feel. We can get behind that.

I own the oppo find x5 and the x5 pro. After last year's X3 pro .I find both of these fantastic refreshingly great feeling phones. The x5 although lacking in some areas could quite easily be a flagship. In a vacuum it's 100% top tier. H...

Thank you, gsmarena. Pls do x5pro as well.