Oppo flagship with 10x zoom camera to launch next month

Oppo VP Shen Yiren yesterday announced that the company will soon launch its flagship smartphone with 10x zoom camera. Today he has confirmed that this smartphone will go official in April.

In addition to that, Yiren also said that this upcoming flagship will have a design different from the previous Oppo smartphones and it will be devoid of any camera bumps.

The Oppo VP also shared an image which is likely a silhouette of its upcoming flagship. It shows the triple camera on the back of the smartphone which is actually the 10x zoom setup system we saw at the MWC. 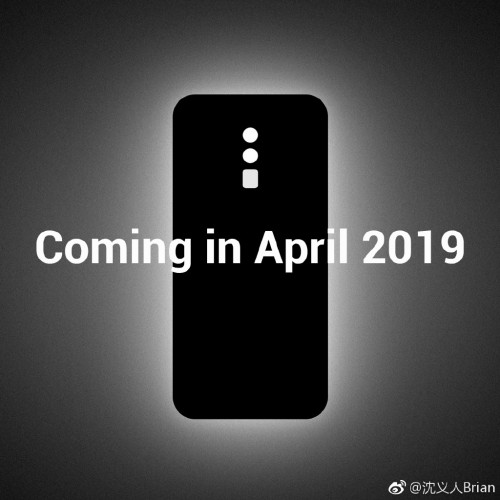 This smartphone will also come with Snapdragon 855 SoC and 4,065 mAh battery. Oppo hasn't revealed its name yet, but it's rumored to be called Find Z.

Oppo F11 and F11 Pro are official - one has a notch, the other a pop-up selfie camera

Camera means a LOT to me, but I will never lower myself to dragging a separate camera device with me all the time. Hence, a smartphone must provide that function.

It's not optical zoom. Nothing to be excited about.

10x digital zoom is boring. they should focus on making a better phone instead. not just false advertising that gsma clearly fall for.