Right on schedule, the Oppo K9s has arrived – in China, at least. The s-phone is a Snapdragon 778G-powered alternative to the K9 Pro that was unveiled last month and something of an upgrade over the original K9. Here is a comparison between them.

The move to LCD necessitated that the fingerprint reader moves to the side of the phone. The 16 MP selfie camera is mostly the same as on the Pro, save for the brighter aperture of f/2.0.

The rear camera, meanwhile, is essentially the same as before. It starts with a 64 MP main camera with a 26 mm f/1.7 lens. This one can record 4K video at 30 fps (with electronic stabilization). Next up is the 120º ultra wide-angle camera and, finally, a 2 MP macro camera. 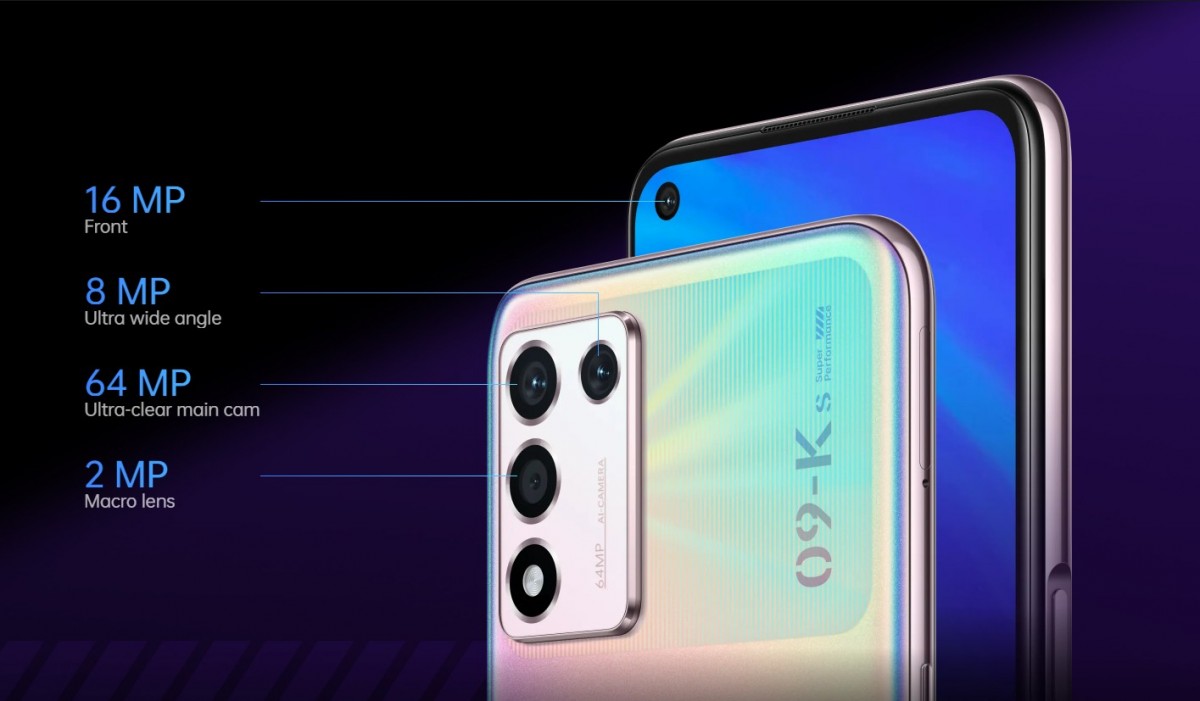 Charging is done over a USB-C 2.0 port, there is a 3.5 mm headphone jack next to it as well. Wireless connectivity includes 5G and Wi-Fi 6 (ax), plus Bluetooth 5.2 (with aptX HD, LDAC and LHDC codecs).

There are two configurations available. The first is 6 GB of RAM (LPDDR4x, 2,133 MHz dual-channel) and 128 GB storage (UFS 2.2 Gear 4, two-lane), the other option gets 8 GB of RAM. Note that there is a microSD slot for more storage and virtual RAM for up to 5 GB more. The chipset is kept cool by a 0.15 mm sheet of graphite that helps carry more heat to the vapor chamber. Out of the box the phone runs Color OS 11.2 based on Android 11. 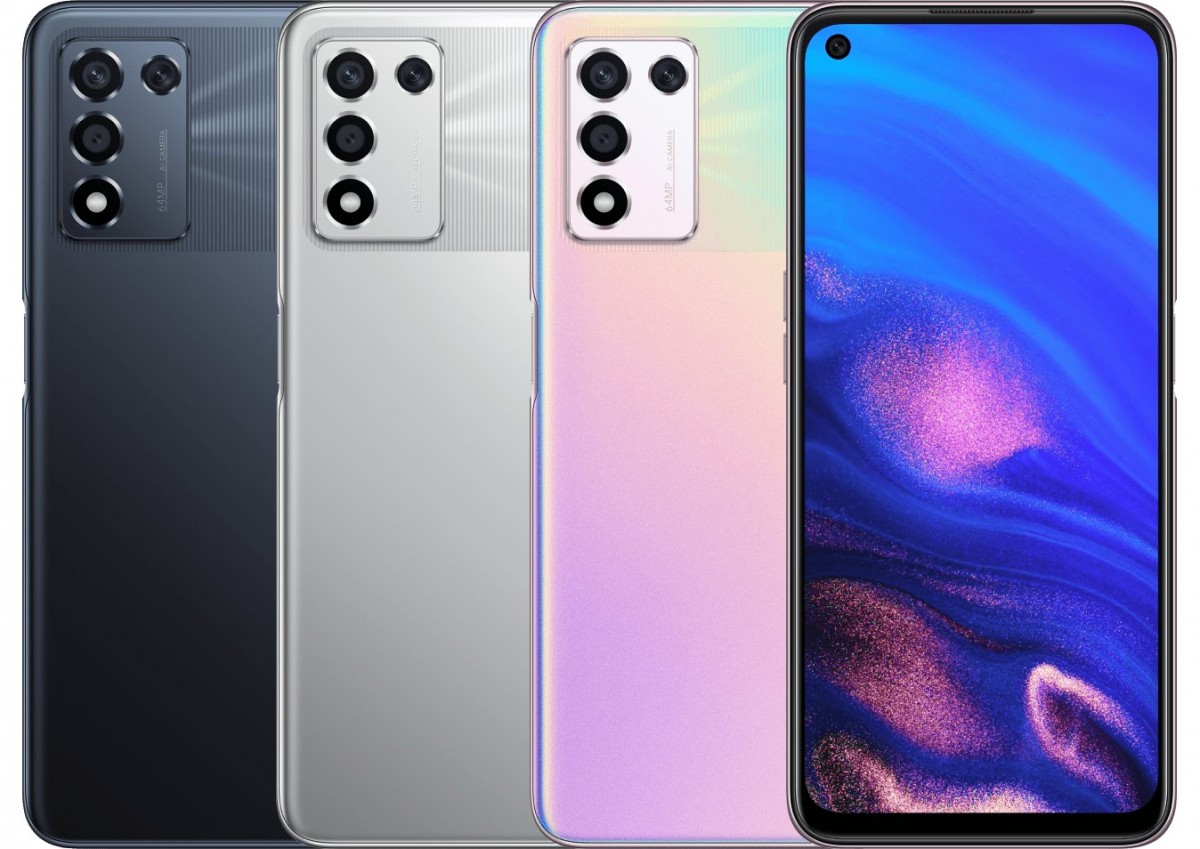 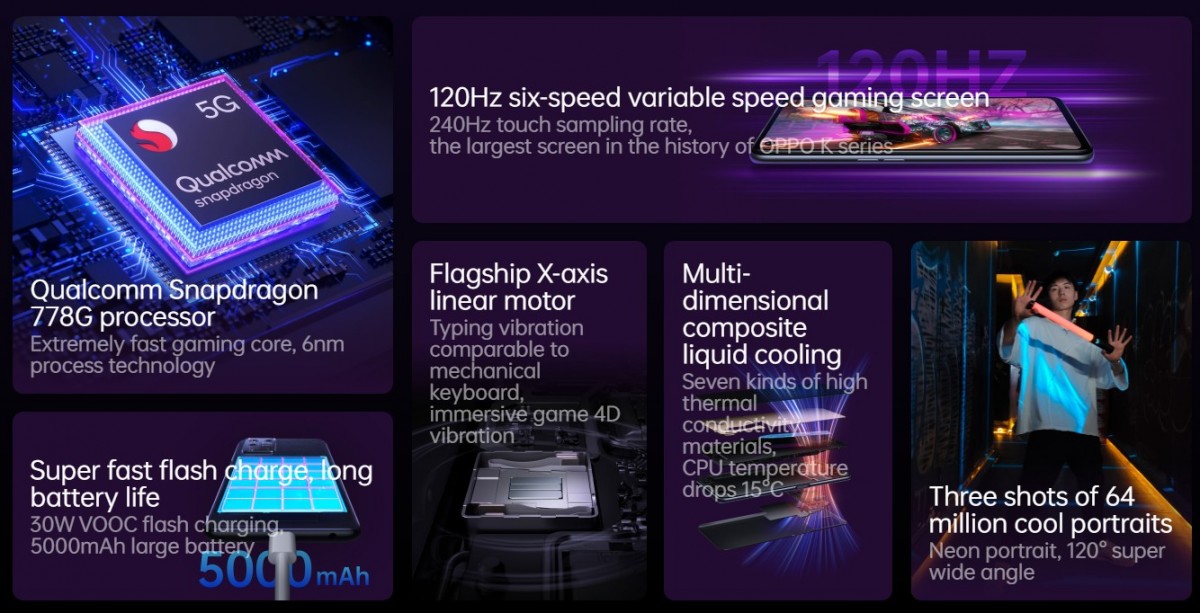 Oppo K9s will be unveiled on October 20

Yes it is weird of them. Different models, but same specs. Perhaps, only they can answer

Agreed. So much model from the same internals ... Didn't they care a bit ? I know they have to sell model and all but come on, so many models?

Another day another cheap chinese phone. All these companies could be making the most piles of e-waste every year